Exclusive Henshin Grid Interview!!!
Very little people know about the Aquitar Rangers, even fans. For those who don't know, during Season three there was a 12-episodes mini-series Mighty Morphin Alien Rangers which featured five new Power Rangers, based on Ninja Sentai Kakuranger. The Aquitar Rangers were aliens from the planet Aquitar, they live on water. Alan Palmer played Corcus the Black Ranger. Alan Palmer has created two musicals known as Fabulous Divas of New York and Fabulous Divas of Hollywood. He has choreographed, directed, acted, written, sung and much more. He has mostly been known for his stage work and his own shows, of his few television work includes Xena Warrior Princess and the Teenage Mutant Ninja Turtles. 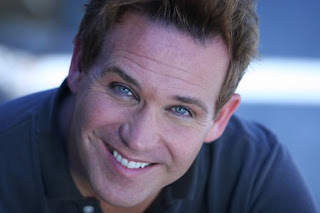 Lavender: Are you currently doing? You said you had two shows. What are they about?
A.P.: I have been touring my new musical that I wrote, Fabulous Divas of Hollywood since returning from Edinburgh Scotland with the Fringe Festival. I am in a musical entitled Bye, Bye Birdie. It is an amazing 1950's musical and I am playing the role that was originated by Dick VanDyke. I am also doing a musical entitled Schoolhouse Rock Live, based on the old cartoons which teaches kids about Nouns, counting, planets, science and more. I am working on a couple of television pilots which I am assisting in the writing and also instructing Glee camps around the United States. But my biggest job is being a dad to my two AMAZING kids!


Lavender: When did you get into acting? Did you have the 'acting bug' from a young age?
A.P.: I started acting when I was four years of age. My parents took me to see a tour of Peter Pan and I fell in love with the lights, sets and applause. I have not stopped performing since that time.


Lavender: What was the first stage show you ever saw? Which is your favorite?
A.P.: Peter Pan was the first stage show and it was the most magical experience! My favorite show to do was Joseph and the Amazing Technicolor Dreamcoat. I have done over 1,000 performances of that show. My favorite show to watch is a tough one because I LOVE to see theatre. My husband and I go to New York a couple of times a year and see 10 shows in a week. I don't care if it is the best thing to hit Broadway or the worst thing in community theatre, I truly enjoy watching people do what they have a passion for. It's an addiction. 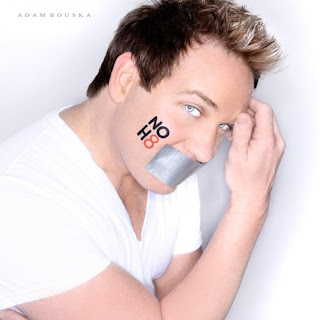 Lavender: As an openly gay actor, do you notice any stigma or are things easier these days? I think there is more stigma over actors who have mostly played feminine characters playing a leading heterosexual male role.
A.P.: I have played both leading men and more feminine roles. It is more fun playing a bit flamboyant roles because they have color and depth and I feel like I am playing against type. I did a couple of those Showtime after hours series and I never said that I was gay but the director brought me back in after my first one because he said that gay men tend to do better love scenes with women for some reason. I think it is still a very closeted industry due to fantasy. Straight women want want to think that the leading men they are watching are straight men and gay men want to think that the leading men they are watching might be gay, it's a fantasy and that is what sells tickets to the films or gets viewers. It's a bit different with gay women. Straight men fantasize about two women all of the time and women are not intimidated by gay women, look at Ellen.


Lavender: You sing, act, and write, do you feel slightly disappointed when you only are doing one element?
A.P.: I do all of the above plus produce, direct and choreograph, simply to keep me working. I feel blessed to have been given a gift to do all of the above because I don't know what I would do if I hadn't. It truly is a gift and I am just borrowing.(as they say in A Chorus Line) I love the chance to do just one element or all. I just LOVE to work. 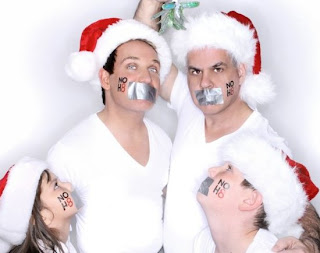 Lavender: Fabulous Divas of Broadway was all drag, would you do it again? What has the response been from women of your portrayal?
A.P.: I Have done it again with my new show Fabulous Divas of Hollywood. I am also working on the Fabulous Divas of Television! I started doing impressions when I was very young. I would give friends and family celebrity impressions for their answering machines as presents. Then when I got to an age that I couldn't play the leading man roles that fit my higher vocal range, I had to invent a show that would showcase my talents and give me the flexibility to set my own hours so that I would be able to spend a lot of time with my kids. Anyone that knows me is aware that my least favorite thing about shows is costume changes, and makeup. So, drag would be the last thing that I would normally do. I started out doing the show in a tux and just doing the impersonations but it just added to the interest with the audiences. A lot of people get "Drag Queen" and impersonators mixed up. I am only playing a role on stage and not out on the town in a dress. My costume designer, Curtis Jerome is amazing! he is such a pro and makes each character that much more believable.

Lavender: Do your kids know you were a Power Ranger? What they think about it? Have they ever seen the show?
A.P.: My son knows that I was a Power Ranger but has not seen any of the episodes. He was more interested in me being a Teenage Mutant Ninja Turtle. He was born right after. My daughter is too much into fairies and such...Hmm!

Lavender: When were you a Ninja Turtle and which one?
A.P.:  Michael Angelo, the PARTY turtle! 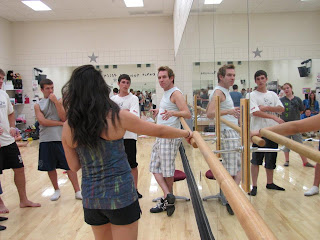 Lavender: You mentioned Glee camps, what does that entail? And where are they located and where can people join?
A.P.: I travel around to different states and do workshops with youth. They work on acting, singing and dancing as well as social skills and comfort in their own shells. I enjoy this so much! As a matter of fact a young kid came to my first day of a new Glee camp today. He shared with the group that he was a HUGE fan of GLEE. His favorite character is Kurt. I asked him why Kurt was his favorite character. He said it was due to his style, song choice and character. At break he came up and told me it was also because he was gay. I was very impressed in this young man to be as comfortable in his own skin to tell his family and community that yes, he is 13, but he is still proud to be who he is. I cautioned him to be very selective with whom he shared that information with. I told him that there are a lot of people out there that may look upon him in a poor light and might say hurtful things or worse. It is only because they are not learned in this subject, have not been exposed to this subject or have been raised to hate people that are not like them or that they do not understand.


http://henshingrid.blogspot.com/2011/10/interview-with-alan-palmer-corcus-black.html
Posted by Lavender Ranger at 9:12 AM

Wow, I never new this guy has had such a colorful career. He was the black aquitar ranger and a ninja turtle.