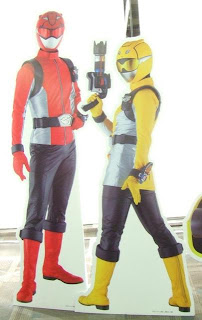 Above are cardboard  cutouts that Toei seems to make all time, these started around Goseiger or Shinkenger. 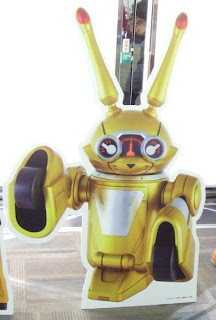 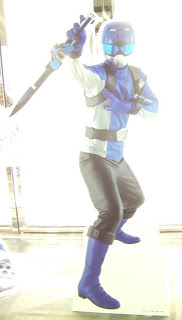 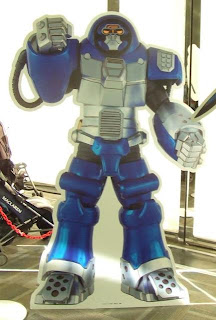 Following info and pics from http://henshinjustice.com/2012/01/28/more-gobuster-info/: 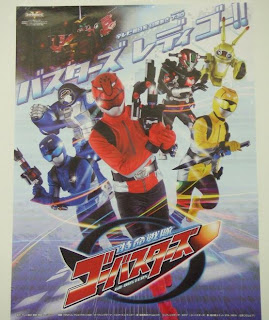 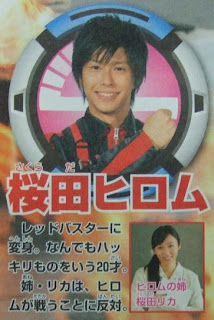 Hiromu Sakurada the 20 year old, who transforms into Red Buster, has an older sister by the name of Rika Sakurada. Rika seems to be aware of Hiromu’s identity as Red Buster, and she’s against him fighting against the Vagras. 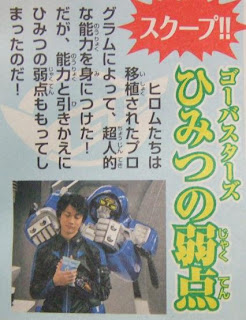 By inserting a program into their bodies, Hiromu and friends gained superhuman powers. But in exchange for these powers, they were given a secret weak point in return. When Hiromu sees a chicken, he’ll panic and his body will automatically freeze. 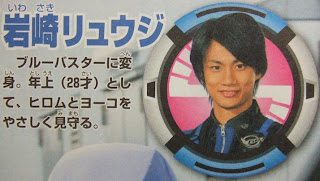 Ryuuji’s weakness occurs when he moves too much, which causes thermal runaway. Therefore, he needs to cool himself down constantly. 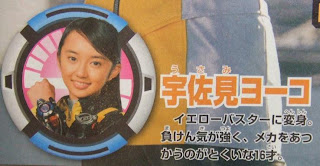 If Yoko’s energy runs out, she won’t be able to move. To make up for it, she has to eat sweet things. 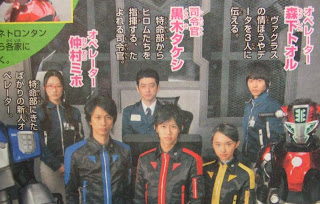 The Gobuster’s also have a support team, consisting of the operator Tooru Morishita, the commander Takeshi Kuroki and the newly recruited operator Miho Nakamura. Tooru works as the informant, keeping the Gobuster team updated on the Vagras. 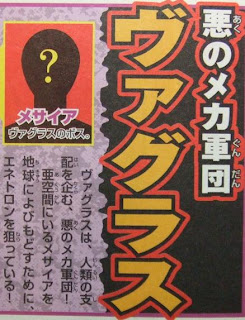 13 years ago, a virus managed to penetrate through the system at a research lab. The virus infected a certain program, causing Messiah to be created. The scientist, Sakurada, sent to whole building together with Messiah to a subspace, thus saving the world. That scientist was Hiromu’s father, Yousuke Sakurada. The virus program, Messiah, eventually became the leader of the Vagras. The Vagras army is now working on bringing back Messiah to earth. 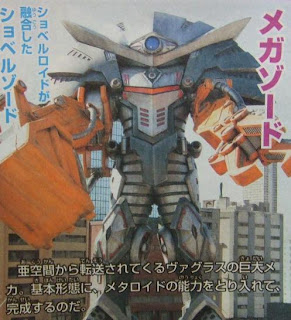 A Megazord is created at the same time as when a Metaroid is created. The Megazord stays in a different subspace as it’s powering up. It’s completed when the Megazord takes in the Metaroid’s powers. 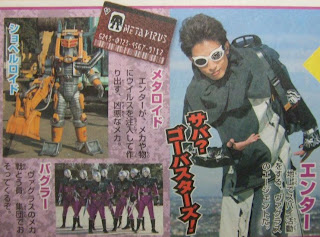 Enter is played by the actor, Shou Jinnai. Enter works as a spy for the Vagras on earth. 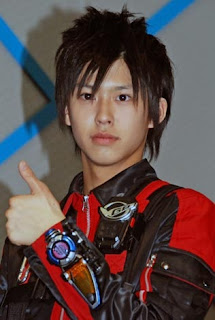 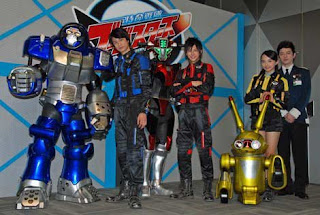 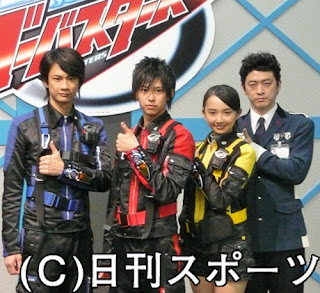 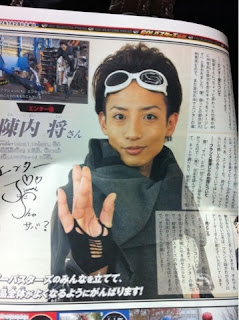 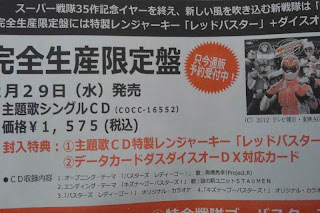 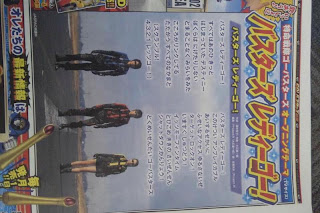 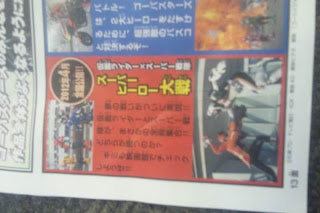 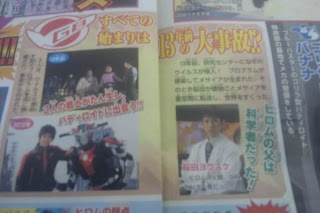 Posted by Lavender Ranger at 10:08 AM

So yeah, Green and Pink are the four and Fifth Go-Busters. I'm fairly certain that this is the first time a Pink Ranger is added to a team.

Who said Pink and Green? I don't see Pink nor Green, Sean.

There is a poorly photoshopped picture of two new Go-Busters floating around the net.

Oops. It was a fake image I saw on Super Sentai Unlimited over at Facebook. My bad.

Wait the robot is called "Megazord"?
Is Toei getting advice from Saban or something?
Also the henshin device is called "Morphin Brace", and activation call is "Let's Morphin!".
Looks like Toei is adjusting things for Power Rangers for 2014 or 2015.
I would like to see the adaptation of it when it comes out.