Mega Bloks are like Legos. I have no idea how many of these were made, I don't have pictures of them all. These are Mega Bloks Power Rangers toys made from 2003 to 2005, they were only made for Ninja Storm, Dino Thunder and SPD, that ended there. 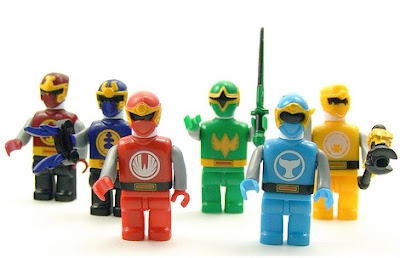 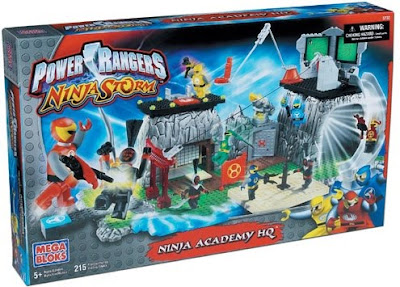 Ninja Academy Headquarters, notice they 'mega bloked' the illustration of the main 3 Rangers in the right corner of the box. Came with all 6 rangers, kelzaks, weapons, and other accessories, 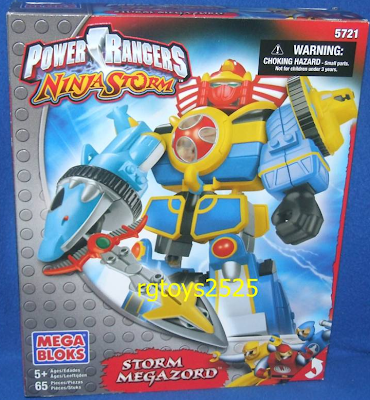 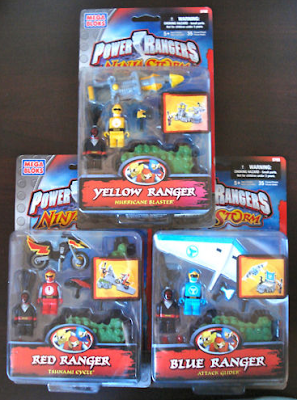 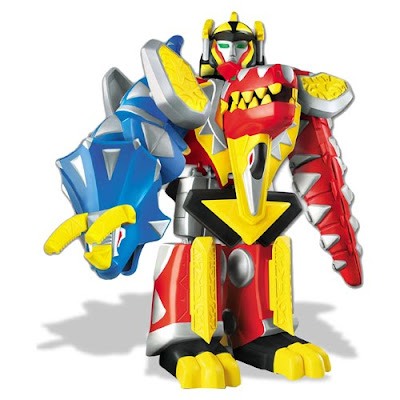 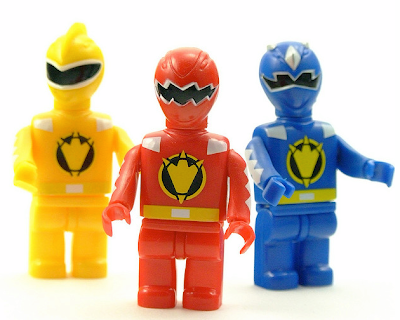 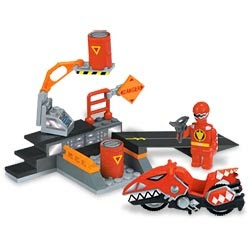 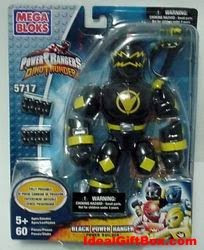 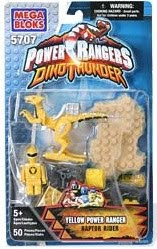 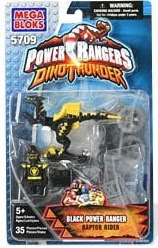 Different sets, there was for Red and Blue but I don't have picture. 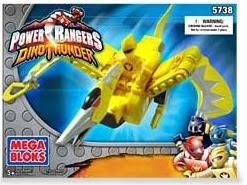 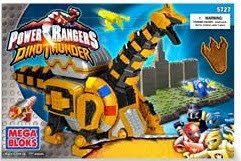 There were the 4 main zords made. The 3 could fit in the Brachio Zord. 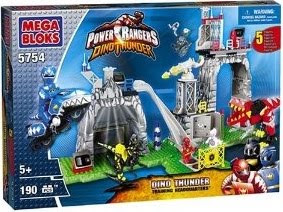 This Dino Thunder Training Headquarters came with Triptoid, Zeltrax, Red, Black and Blue Rangers, with one Raptor Rider, one Raptor Cycle and one Dino Zord.

This was a 300 piece Mega Bloks set with Blue Ranger and his cycle. 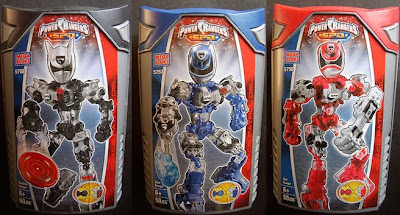 These 'Bioconical' like Rangers were made, not sure if Green was made but above are pictures of Blue and Red in Swat Mode and Shadow Ranger (sans teal). 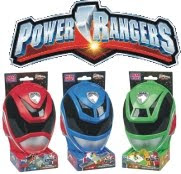 These neat heads were made with MegaBloks pieces inside. No Omega, Shadow, Pink and Yellow were made. 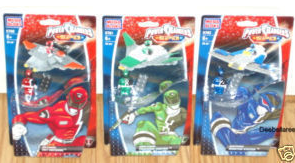 These sets of Red, Green, and Blue; for sure there was no Yellow or Pink. 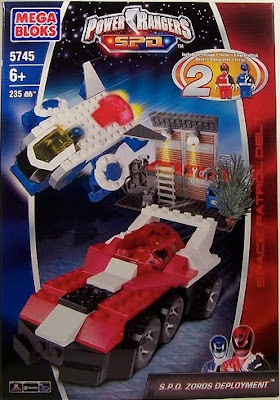 This came with 2 zords and Blue and Red 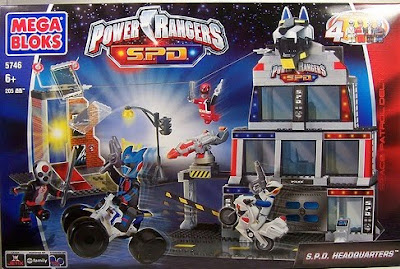 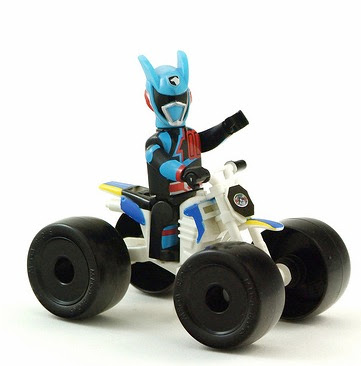 Close-up of Shadow Ranger with his ATV.

I had quite a few of those.

-Dino Thunder Red, Black and Blue sets (there was yellow, but I was getting them one by one and when I went for yellow it was sold out).

- SPD Red "Head". And nope, no Omega or Shadow were made

I really loved them and wanted them all, but they were quite expensive. I hope they make more for Samurai, either them or LEGO, whatever works.

Did you mean "Bionicle"?