These are not MegaBloks, and are similar but are called Kubrick. Kubrick has done Mickey Mouse, Star Wars and various others. is a line of collectible block-style figures and associated products created by Japanese toy company MediCom Toy Inc. The name Kubrick may also be seen as a hybrid word of the Japanese word kyu, meaning the number nine, and the English word brick. "Kubrick" was chosen in honor of filmmaker Stanley Kubrick. In further homage to the filmmaker, the Kubrick logo is designed in the style of the logo created for his movie A Clockwork Orange. 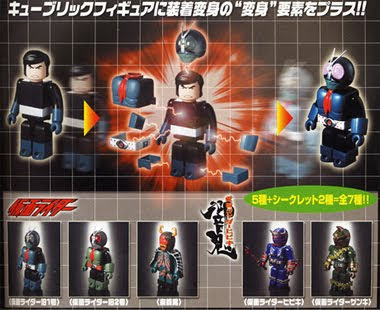 The Original two Kamen Riders, Hibiki, Todoroki and a villain. 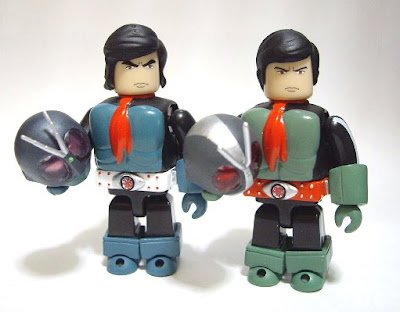 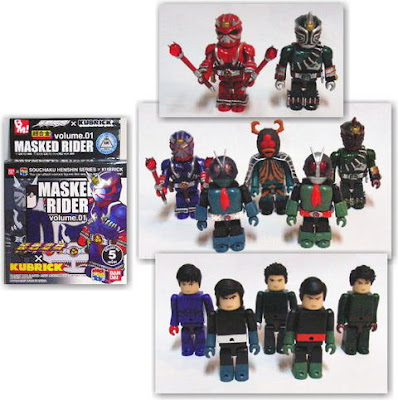 The helmets pop off. They had the red version of Hibiki as well. Even though it says 'Vol. 1', there didn't seem to be a Volume 2. 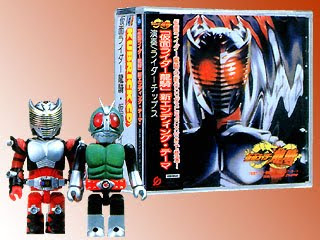 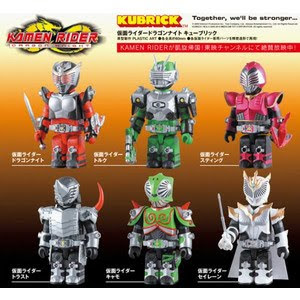 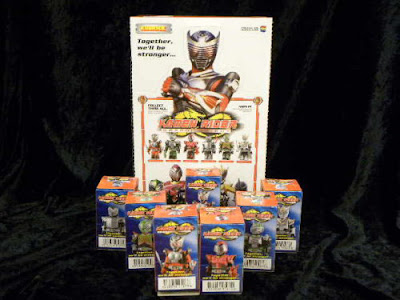 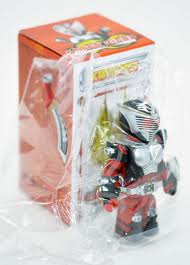 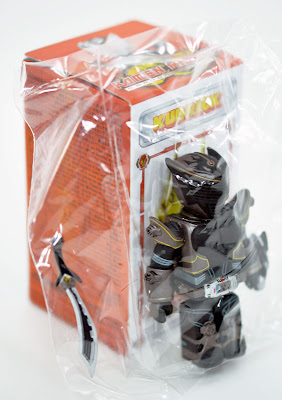 Onyx is a extra, meaning it is harder to find, but its there. These didn't seem to pop off helmets.

Posted by Lavender Ranger at 7:59 PM

And ranger strike. And the new automorphins (and the old ones too). And rangers that morphed into tger stuff like zords, dragons, cars, etc.

It's a shame I don't live in Japan.