Keller and Mirror (Denjiman)
Female spies in sliver and gold respectively. Keller can change into a shield, and Mirror a vanity mirror.

Queen Hedrian (Denjiman/Sunvulcan)
Soga Machiko played her. Hates beauty and wants to pollute the world. She finds happiness in the suffering of humans. Her Sun Vulcan form got a Girls in Uniform figure. 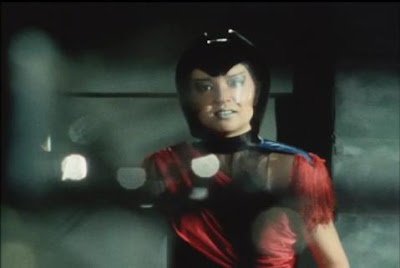 Mazurka (Goggle V)
Serves Deathdark faithfully and with extreme fierceness against those who oppose Deathdark. She dies when showered with the powerful Hightron energy that makes her invisible and intangible while draining her life force considerably. She was expected to die from the process and the necklace given to her by Deathdark would explode for in reality it was a bomb. She took the control from Deathgiller and set the bomb to try to destroy Deathgiller, but failed.

Princess Chimera (Dynaman)
Megiddo's cousin and a witch has four tails. She has a Girls in Uniform figure.

Farrah (Bioman)
The female member of the Big Three. Uses beam weapons and leaves the dirty fighting to Faracat. Often disguises herself as human in her schemes. Later rebuilt.

Farrahcat
Farrah's bodyguard who did the dirty work. Faracat is quick, agile and acrobatic. She had three assistants. Farrahcat got a Girls in Uniform figure. 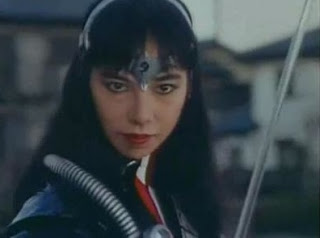 Vice-Commander Seema (Changeman)
Princess of Amanga with a man's voice (until she defects to the Changemen). 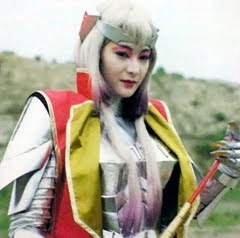 Queen Ahameth (Changeman)
She is from Amazo and has a three-headed pet dragon. She had a Girls in Uniform figure. 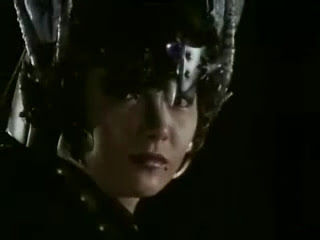 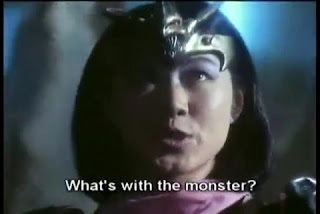 Prince Igam and Ninja Fumin (Maskman)
True heir to the throne. A woman raised as a man. Ends up a nun after realizing the error of his/her ways. Fumin is a Kunoichi assumes guises. Though she learns her mistress's identity, Fumin remains by Igam's side until she is killed in the Underground Castle.

Princess Jarmin and Kirika (Turboranger)
Jarmin was a magician able to change herself into a snake-faced form. Kirika was a half-human, half Violent Demon that changes into student Tsukikage Sayoko. Armed with the five-pointed Ringknife. Can combine with Armor Violent Demon to become Armored Kirika.

Doldora and Zaza (Fiveman)
Doldora was a female scientist in gold armor over black tights. Zaza was Doldora's underling in black tights with purple armor.

Mari a (Jetman)
She was formerly known as Ryuu's true love Rei. She has a tragic story, she was turned evil and then died in Ryuu's arms.

Empress Juuza (Jetman)
She was the previous ruler of Vyram, Juuza along her underlings Radiguet, Grey, and Toran had conquered many dimensions. Thought to be dead in the last battle in the back dimension, she returned after a long sleep, and came to Earth via a meteroite om Episode 17.

Bandora
Bandora had a son name Kai, he was squished by dinosaurs after playing with dino eggs. She became a witch to get revenge. She loved her son dearly. Soga Machiko played Bandora and many many other characters.

Lami
Grifforzer's wife. Lami had a son by the end of Zyuranger. She is the first villainess to switch back and forth to human face to costume and not become a fully-costumed monster at the end. 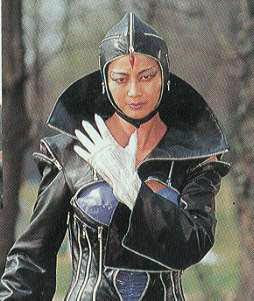 Gara
In Dairanger, she was the lone woman, she had a vendetta against a woman named Kujaku and she had two forms, but she turned out to be a clay copy.

She is the second Sentai villainess to not have a human face but to be in a costume completely.
A man played her in costume. She is the 3rd villainess to switch back and forth to human face to costume and not become a fully-costumed monster at the end.

Sphinx (Magiranger)
After N. Ma's defeat, Sphinx became the new ruling leader of the new Infershia, ending the war between her kind and Magitopia peacefully, and she began rebuilding the Kedomono Realm.
Posted by Lavender Ranger at 12:00 AM

did you forget tsue tsue from gaoranger?

And out of all of them, the worst looking (Bandora)just HAD to become the most iconic...

Rije was Asuka and Mahoro's daughter, not mother. After reverting to be a baby she was renamed Mikoto in memory of AbareKiller.

You forgot Mazurka from Goggle V