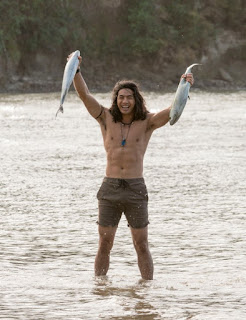 Summary:
Koda, Shelby, Chase, and Riley are fishing with Riley's bro Matt and Koda catches two with bare hands. Matt tells Riley it is not a competition when he tries measuring the fish. Chase keep catching trash. Tyler shows Ivan on his phone. 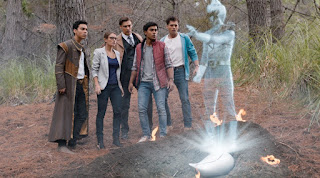 Phillip and Jane's enter the base saying the silver energem is not on Earth and Kendall detects a small object landing on Earth. It is a message from Silver ranger, about the zord being on Earth and the message is intercepted by Singe. Kendall, Tyler, Ivan, James and Philip transform. 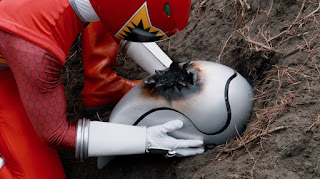 They beat the back and take the device to the lab. Koda throws the fishing pole, Matt gets Chase's lucky hat. Matt leaves mad to his boat when Riley is too competitive. Meanwhile a,new monster is deployed. In the base, Keeper is surprised that the energem ends up in space. Tyler and Kendall want to send a message to the Silver Ranger. Hookbeard electrifies Matt's boat and Matt falls in the water. Chase finds a burned boat. Riley is worried that Matt is missing. 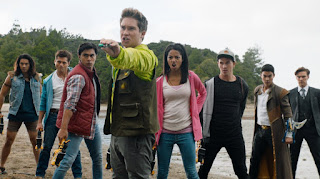 Matt finds himself in a dark and wet place, he calls Riley. He sends a picture of the symbol and they find that he's inside the titano zord. The outdoor rangers contact the base rangers. Matt's phone dies/ Poisandra, Wrench and the Spikeballs arrive as Hookbeard attacks the lake to destroy the zord. 8 rangers reunite, morph and fight the bad guys. 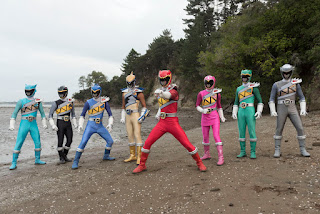 Red and Fury fight. Keeper dispatches Fury and releases Titano Zord from the lake. Red goes super, the Rangers fight as the Zord rise. Monster isn't destroyed, the victory and x chargers take out and destroy the monster. Monster grows, purple arrives. Kendall says all the chargers are needed. 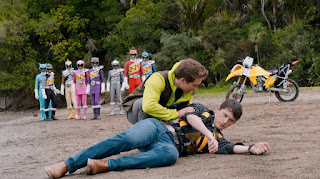 Riley demorphs, the Rangers put their chargers in it Matt is taken out. The Rangers enter the Titano Zord and destroy a Spikeball and fight Hookbeard. They form the Titano Charge Megazord/They fight. Hookbeard goes down.  Red calls the saber and destroys the monster. Back in Sledge's ship, Heckyl questions Singe. Singe and Heckyl fight, Singe leaves, saying he has a boss, Fury enters, Heckyl tells Fury to destroy Singe the next time he sees him. Fury is more than happy about it. Singe leaves in his space craft. 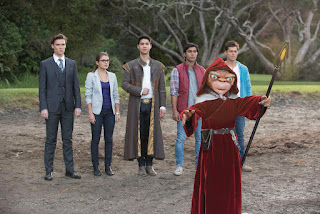 Keeper returns the lake. Keeper says almost all ten energems are together. James says this will finally be over. James and Tyler hug, Matt and Riley talk. Riley apologizes. Matt says he wouldn't be here if he didn't save him. Riley says they might fight but they are still brothers. Chase is happy with his trash and Koda eats worms. 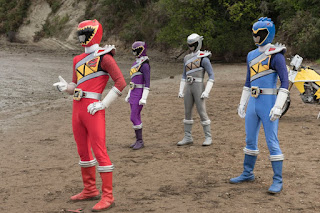 Review:
The plot thickens with Singe. This is a jampacked episode, I feel like Riley and Matt's relationship could had been delved into more but oh well. There are just too many characters now to keep track of. I really do wish the Silver Ranger was Matt or someone we knew other than we already know it is, spoiled by foreign airings. No Spoilers here. Pretty good episode.
Posted by Lavender Ranger at 9:07 AM No comments: