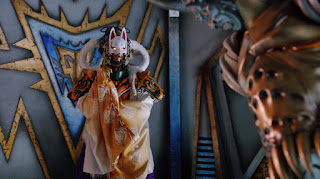 Summary:
Gold Ranger fights a monster. The Rangers try to get to him but lose him. They have been trying to track him down. Galvanax says weeks have passed and is mad at Madam Odius. Ripcon wants to go to Earth. Galavanax wants to know who the traitor was. Levi Weston is a country star, everyone is in line for signatures. Hayley says he is cute and Calvin pouts and she says he is cute too. They are all dressed as cowboys except for Brody. Victor and Monty are dressed as a horse. Ripcon attacks and Brody saves Levi. The Rangers morph and fight the villains. Levi's manager bumps into Ripcon, the Gold Power Star comes out of his briefcase. Ripcon sees it, the Rangers blast him and the Manager runs off with it. 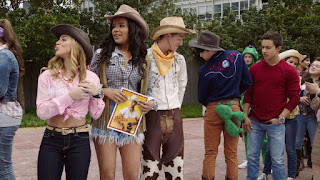 Levi hires Brody as his bodyguard as long as the friends get backstage passes. Red joins the fight on the beach and rip off Ripcon's horn. Madam Odius arrives. The Rangers finds out they are targeting the Gold Ranger. Manager asks for more bodyguards when he bumps into Ripcon. He gets kidnapped. At a warehous,e the villains find the Gold Power Star. Ripcon knows Odius held him in the ship he says. Brodya nd Levi get food. He says his brother used to like burgers. They see a woman and her son in trouble with car. Brody looks at the car. Levi gives the kid the food as he is starving. Brody owes him an apology, saying he is normal, thinking he was a jerk. He say they could be friends as he treated him normal. 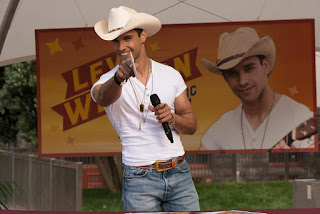 Brody gets called and runs off. The Rangers bat up he grunts in their ninja outfits. The Rangers run into Ripcon. The five morph. A net captures them. Red blasts the star from him and frees the manager, who doesn't know what is going on. He runs off. Ripcon is stopped and Levi picks up the star. He morphs into the Gold Ranger. He fights Ripcon. He frees the other Rangers. He continues fighting Ripcon, who wants to know who captured him. He does a Rock Storm Blast attack. The Rangers do Ninja Blast Final Attack on Ripcon. Levi followed Brody and surprised to see him transform into Red. Skullgators are called. 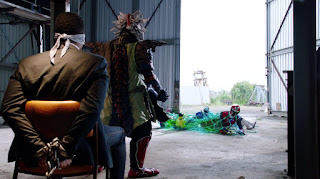 The Rangers call the zords and don the Master Mode (including Gold) in the megazord cockpit. They fight Skullgator. Pink gives them Ninja Stars to clone like she made in the last episode. They make Megazord clones and they fight the Skullgator. Red does an attack with his zord. He gives Gold the Ninja Master Blade and Gold does the finishing attack. Hayley fawns over Levi. Back at the ship, Odius asks Ripcon if he found the traitor. He is mad. She claims he is the traitor and she leaves. Mick and Redbot see a vision of a spaceship from the Lion galaxy in the prism. Levi enters the base. Mick gives him the Storm Star and the Zord Star for his zord. Brody asks him about the Gold Power Star. 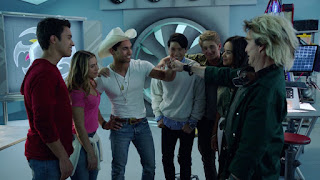 Levi was working on his new album with his guitar when the prism came to him. The Gold Power Satr glowed and he grabbed it. Odius came and kidnapped him. His mind was messed with and driven insane. The Astro Zord saved him and he got the star and left. He had the manager Tom hold the gold power star for safe keeping. They are happy to have them. The winner of the biggest fan is the little girl Victor made fun of, who now has a similar costume. He is blown away when his fan is turned on. 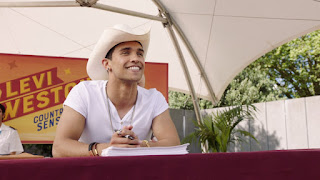 Episode Review:
I must say, as a gay man, I am really smitten by Levi. Never before has a Power Ranger (in a long time) looked like a cowboy all-American manly man. He is an 'aww schuks' kind of guy. Maybe I am just into that kind o guy. But he is also very built, more so than the other male Rangers this season and even the movie. Tyler last year was manly man body wise with all the facial hair but not his personality. Anyway, a good ep. This is the classic Red Ranger and Sixth Ranger become friends episode and then we never see them bond again. I do like that the Pink Ranger's clone device from last episode was referenced. I do feel it is too soon for the Lion zord to be revealed as it should be in the second season. I mean, that's almost all the zords. The Loud House episode that aired afterwards had a 3-minute Behind the Scenes preview of the movie.

Posted by Lavender Ranger at 7:02 PM No comments: 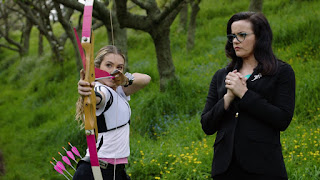 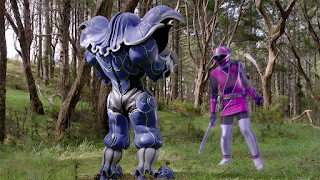 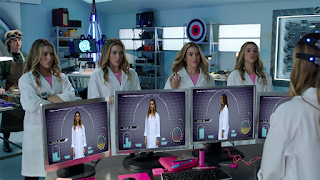 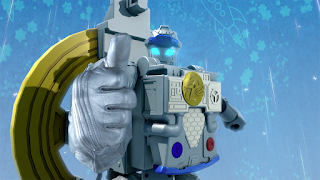 Episode Review:
Sarah has more gadgets and inventions than Rose of PROO and Billy of MMPR. But her personality doesn't seem to go along with it. Her personality reminds me of Alyssa of PRWF. And Mick didn't notice her using the holo projector in the same base that is not that big?
Posted by Lavender Ranger at 12:38 PM No comments: 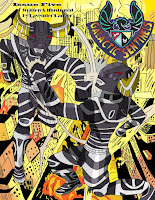 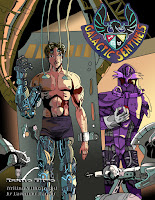 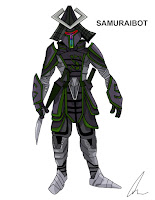 Posted by Lavender Ranger at 10:59 PM No comments: