Power Rangers Battle For The Grid 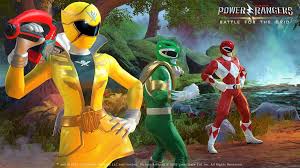 A few days ago, NWay announced they would be releasing a multi-platform game that will be available for PS4, XBOX One, Nintendo Switch and Steam for PC. It will be available in April and is now available for pre-order. Many fans first thought it was a 'port' for Legacy Wars. It is a brand new game that just looks like Legacy Wars. There is no cards, there is a story mode and it is player against player online as well. 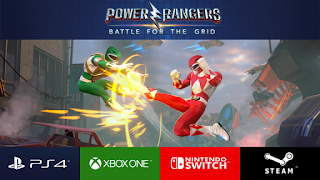 So far the characters announced have been Red MM Ranger (Jason), Green MM Ranger (Tommy), Yellow Super Megaforce (Gia), and Lord Drakkon. Skins will be available to go over the character but aren't new characters. Skins announced have been Pink MM Ranger, Lord Drakkon final form and Evil Green Ranger. It is believed Ranger Slayer will be a playable character as well. Fans are weary if this game will be 'good' or not. I think its all subjective. So far I'm excited. I like Legacy Wars and hoped for a console game.

http://battleforthegrid.com/
Posted by Lavender Ranger at 3:08 PM No comments: