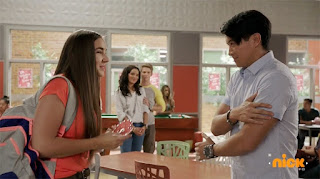 "Love Stings"
Episode Summary:
Badonna gives Odius a Ninja Medallion. Odius says it is Valentine's Day. The Venoma will make the Rangers fall for her. Odius wants the stars in place for her freedom. Levi asks Brody has a d ate and says he does. Calvin and Hayley of course will go together to the valentine party. Preston practices asking Sandy on a  date.  Victor also asks Sandy. Monty accidentally hits Victor with an arrow as he did with a sectary. Sandy doesn't like being bribed to the dance. Preston overhears this and gets disappointed. Laurie is asked by Victor and she wants more stuff. Hayley gives Calvin Cody's dog poop. Preston tells Hayley what he heard from Victor, she tells him not to believe everything he hears. He sees Sandy. Venoma hits Sandy's bookbag. The others arrive. Preston leaves with Sandy.

Venoma hits Brody and he falls for her. The girls try holding him back. Hayley takes Brody away. The other Rangers morph and fight her. Preston saves Calvin. Preston fights  Venoma. Venoma hits Calvin and Levi. The four retreat. Mac comes to the Rangers. Brody makes a heart-shgaped ninja star. Levi makes a song and Calvin puts flowers with a truck. Mack stops Brody from making a star so they dance. Mack talks to them. Preston gets a text from Sandy and he goes to her. She was wondering if he wanted to got to the dance with her. He is thrilled. Preston thinks it was the effect of the arrow from Venoma. He tells her they can't go. He says it wouldn't be right. Hayley asks him. 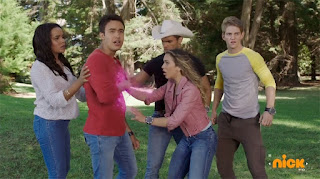 Preston explains he thinks she is under the spell. Hayley says she did the right thing. Preston finds the arrow on her book and it didn't hit her. It means she's not under the spell. Preston feels bad. Levi tells the other boys to work together and they escape. Hayley and Preston arrive. Mack and Sarah have a plan. They spot that the boys left. Calvin drives the guys to Venoma. The truck fails. Preston runs to junkyard and finds smell honey. Venoma is behind him. He morphs. They fight. She hits him with an arrow. She says "Earth Ninjas are Easy." He hugs her but takes her last arrow and breaks it. The spell breaks off the three boys. Presotn shows he had a metal vest. She fights him. He calls the others. He morphs and fights her.

Venoma looses. She grows. The Blazords are released and fight her. Blue enters Serpent zord. Ninja Blaze Megazord is formed. Venoma wrestles her but is punched downward. They destroy her with Ranger Blast. Preston tells Hayley she was right. She encourages him. He apologizes to Sandy and tells her everything that happen and the truth he did want to go with her. She's happy and hugs him. Vincent brings stuff to Laurie asked for. Monty flies away with balloons. They pop and he falls. Laurie says no because no balloons. 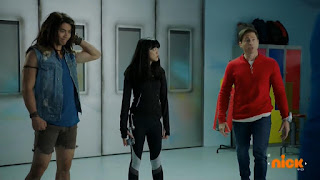 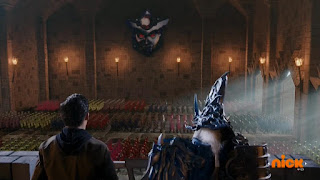 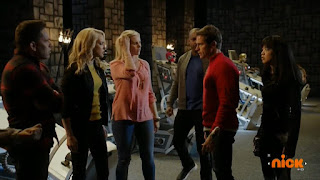 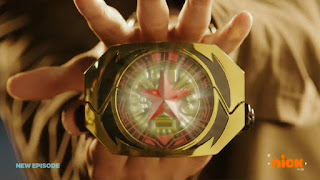 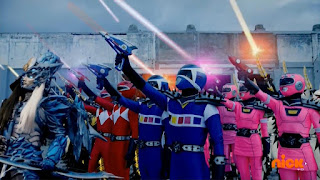 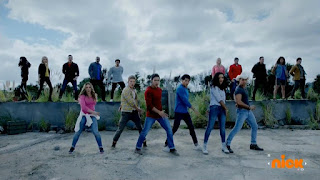 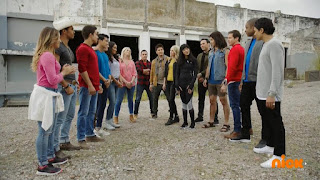 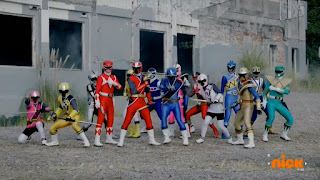 Pics from Archer9234
https://twitter.com/archer9234
Posted by Lavender Ranger at 8:35 PM No comments: