Is Black Ranger "Mighty Morphin" Left Out or is he? 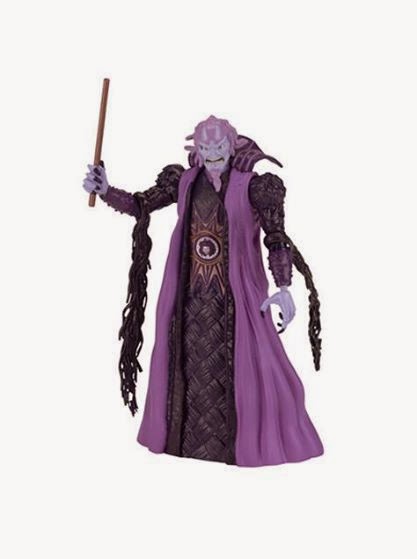 So it has almost been twenty years since Mighty Morphin Power Rangers the Movie premiered. And Bandai Creation will release Legacy figures of MMPR:TM. Ivan Ooze above which will come with two different hands, one with a flute. I am looking forward to these than the 5 inch Legacy figures. Personally, I didn't get the regular ones because I already have the MMPR 2010 figures and they are basically the same, just with more detail and paint. If they were 8 inches like the originals, then I would've gotten them. But the movie figures, we never got accurate figures of the movie costumes which I still love. Anyway, I digress, we are learning new things all the time. Razzle1337 recently discovered something new or just hasn't been heavily talked about.

Red Ranger
As you may know, each Ranger had an unique gimmick in the movie, well most of them. Red Ranger legacy figure will come with two helmets. One shows off his "Power Scope" scanner mode he had.

Yellow Ranger
She had "Power Beams" mode which be portrayed as two different heads in the Legacy figure. I always liked those lights. 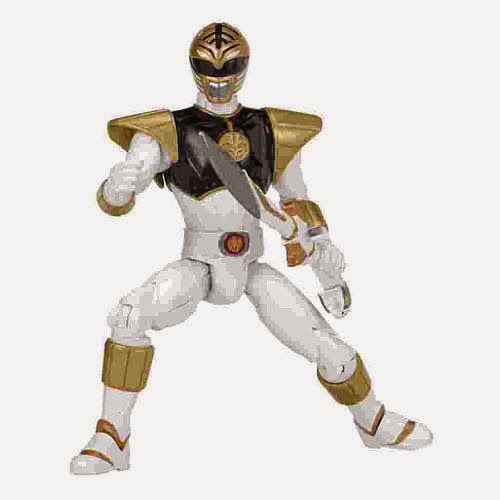 White Ranger
White Ranger just had Saba, so the figure just comes with it.

Pink Ranger
She has the Thunderwhip and it will come with the figure but with the 'tongue' part sticking out and 'frozen' form. 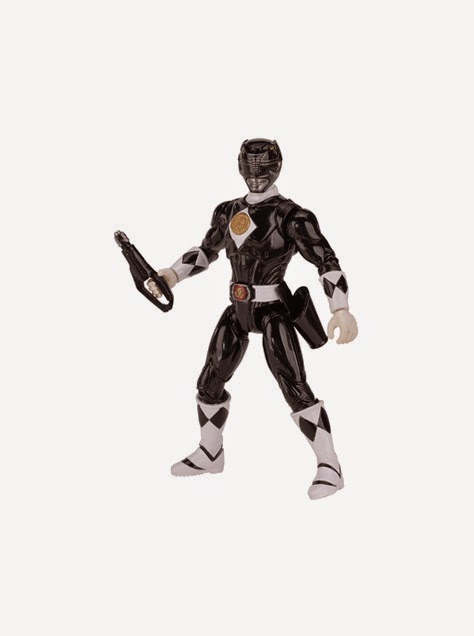 Black Ranger
Most fans thought that the Black Ranger had no special thing. In the shooting script, he had the Stega Stinger but that was given to Blue Ranger. I believe the toy he won't have anything either, just the Blade Blaster. 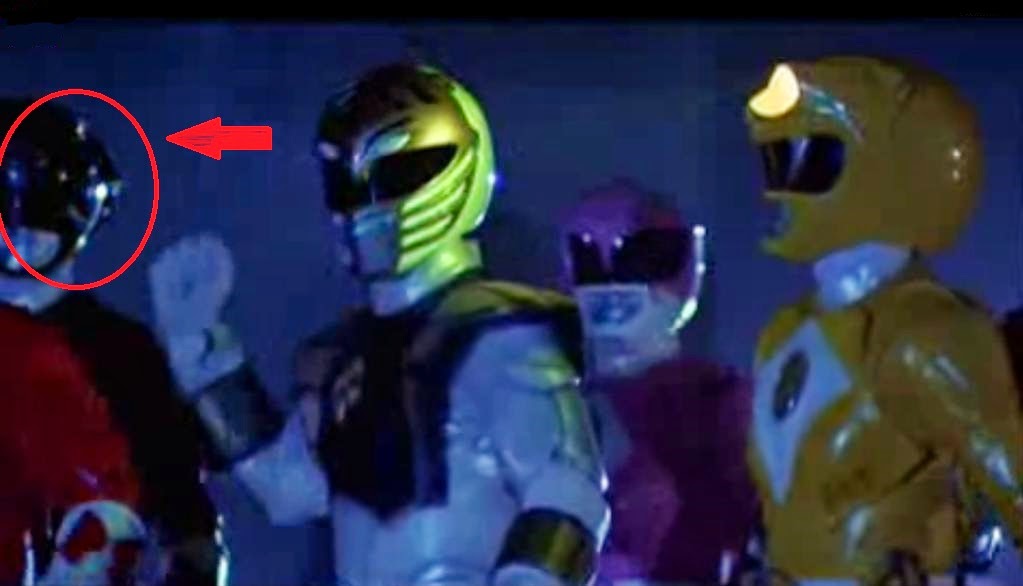 I have rewatched the MMPR movie multiple times but right now my nephew watched the movie so much he scratched the DVD and I have lost it. But anyway I did notice the image before but I thought it was a reflection or something. I never paused it. I did notice something off about the scene. This scene is when Tommy says "Let's Power Up" when the Rangers face the Oozemen. Razzle1337 has spotted there is something different with the Black Ranger's helmet. It is like a alternate version. Because it is protruding out of the side of it, it makes me believe it might be the Mastadon ear popping out.
It COULD be the Audio Enhancers. But that I know of, fans have not seen pictures of this helmet alternative prop. Now why would it pop up in the film? Most likely they made the helmet, shot a scene for it, cut the scene out but used one shot where he still had it on for a split second. The only reason I can think why they cut it out was for time (full movie length) or that maybe the Audio Enhancers was a bit tedious after already seeing Power Scope and Power Beams. It makes sense that 3 Rangers had handheld weapons (stinger, whip and saber) and 3 Rangers had helmet upgrades (beams, scope, audio). It would've been cool if the toy came with it too but I guess Bandai doesn't even know.

Razzle apparently brought this back up in 2011:
http://www.rangerboard.com/showthread.php?t=149297

Here are captures from Netflix thanks to Razzle: 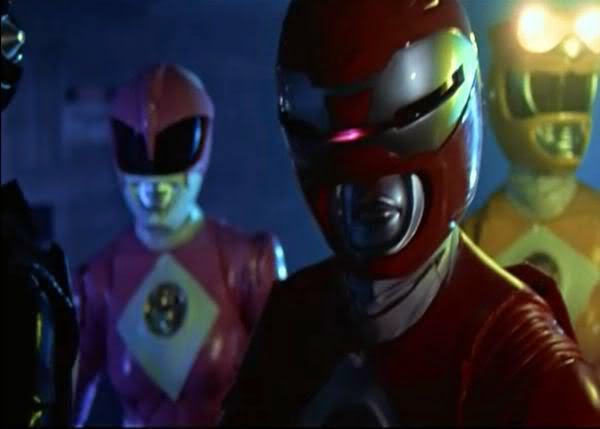 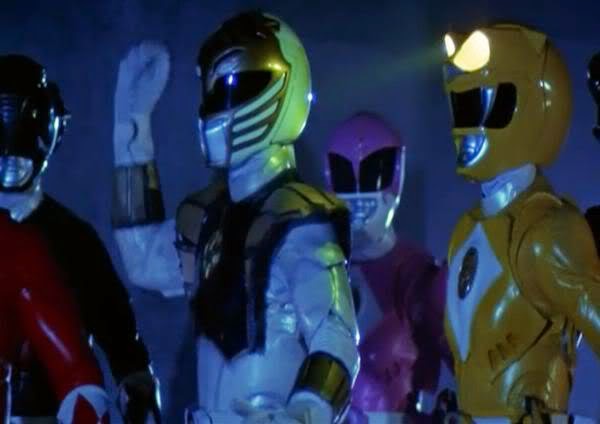 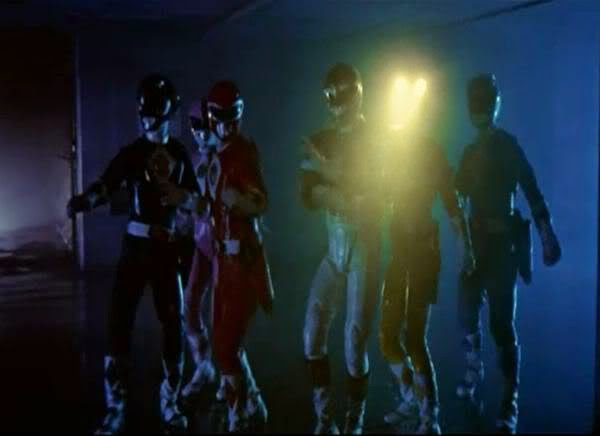