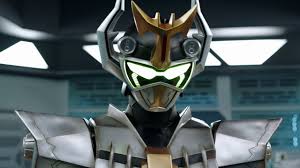 Episode Summary:
The Rangers are playing at the park. A little girl drops trash on the ground and her father reprimands her. Steel observes this and the Rangers teach him about discipline. Blaze and Roxy give a puppet to Scrozzle. Evox wants the Gold Ranger. Scorzzle makes Controlatron. Blaze and Roxy takes them to Grid Battleforce. Ben and Betty struggle with a leaf blower and Betty adds Morph-X to it. They end up sucking up a tree from its roots. Back inside, Cole is the security check guy. He was about to let a worker go without scanning a package. Steel reprimands Cole. They clarify the worker had her lunch. Steel punishes Cole by sweeping outside. Zoey tells him he is being harsh. Ravi agrees. Cole says working at GB is a dream so he goes to sweep. Devon doesn't think it was necessary. 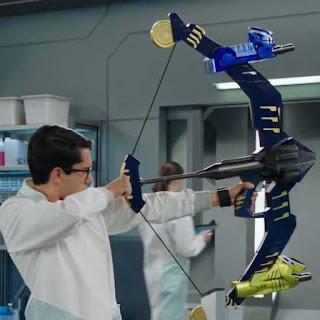 Controlatron gives Blaze two puppets. Blaze runs over and drops a package with a puppet of Cole. Cole spots the puppet, thinks it is cute and picks it up. He is instantly controlled like a puppet by Controlatron. Controlatron sends Cole to Nate to deliver the package. Nate is practicing with a new bow weapon. Nate opens it and touches the puppet and becomes controlled. Back at Riptide Gym, the Rangers group up. Steel tells of all the reprimanding he did at the base. The server brings them smoothies and Steel has him spit out gum. He wants to punish him but Devon stops him. Zoey thinks he is overboard. The Rangers get called. Nate is not answering. 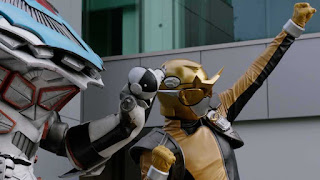 They find the Controlatron and Gold Ranger being controlled by him. "I'm a good little puppet," Nate says. Nate fights the unmorphed Rangers.  Controlatron shows he controls Nate. The Rangers morph. Nate calls Tronics. The two groups battle. Steel tries to stop Nate but fails. Zoey uses a broom to fight. Ravi and Steel are knocked down by Nate. Nate and Controlatron teleport away. In the dark dimension, Nate completes the programming for Evox's secret project. Evox tells Blaze and Roxy reasons why they suck. 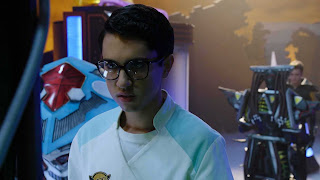 Nate is done. Evox says Nate can help battle the Rangers. Scrozzle sends two Gigadrones. Ben and Betty send Devon outside, saying they spotted Nate outside. Steel and Ravi show the commander Cole handing a package to Nate that controls him. Cole says he doesn't remember, everything was a fog. Steel wants to fire him. Commander Shaw concurs, after Zoey's protests. Cole leaves the building. The Rangers go with their zords to fight a Gigadrone. Nate pops up behind Devon about to attack him but Cole saves him.  Cole ducks behind a car and Nate and Devon fight. Nate and Devon morph and battle some more. The Zords are deployed. They fight one Gigadrone. 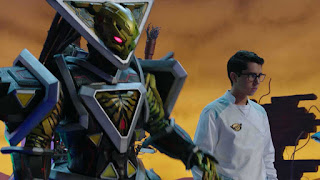 Gorilla punches the first one down. Gold and Red continue to fight. Another Gigadrone comes up behind Gorilla and uses it as a puppet. Steel and his megazord are attacked by the gorilla. Devon sees Controllatron, aims for Nate but throws his saber at Drillatron's puppet. Devon snaps back to normal. Devon uses Beast-X Mode. Controlatron kicks them with a blast. Red destroys the monster with his Cheetah Charge. Zoey blasts the puppet of the Gigadrone and Gorilla is freed from its control. Cheetah Zord arrives and they form the Megazord. Gold joins Silver. The two Megazords destroy the two Gigadrones. At the base, Nate mentions a fog. Steel remembers what Cole said and admits he messed up. Betty uses one drop of Nate's tree growing solution on a seed and makes a sapling. But in saying hello to the commander, she accidentally drops the solution. Steel apologizes to Cole and he is rehired. The tree grows huge with Ben and Betty hanging from it.

Episode Review:
Commander Shaw firing Cole gets me mad because they could've seen the security footage of the parking lot where Cole was controlled like a puppet. Even worse, they could've waited for more explanations. Also, Cole is played by the same actor that played Levi's superfan in Ninja Steel.

Posted by Lavender Ranger at 10:18 AM No comments: 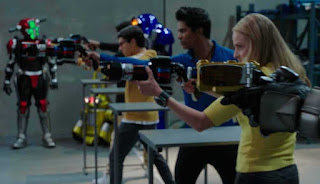 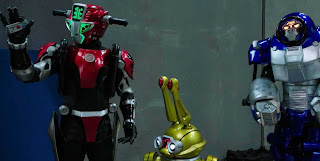 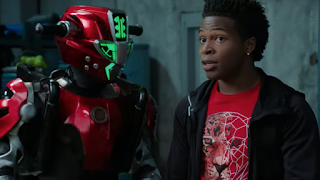 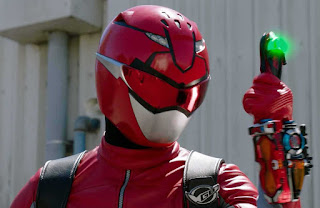 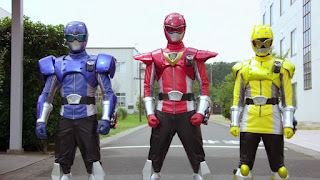 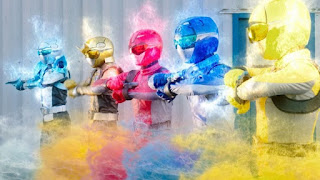 Episode Review:
As an adult, the slow way they explain pretty simple Sci-Fi tropes as digitization reminds me of "Technology Marches on" trope because this tech or sci-fi might be outdated in ten years. What I mean is they explain digitizing the Beast Bots in a simple and slow way for kids. Digitizing in real life only works for paperwork and data, not solid objects or living things. Now this notion of Digitizing might be outdated soon so the sci-fi notion of digitizing robots and people might be old news soon too. As for Devon and Cruise, fans say the Beast Bots don't get as much attention as they did in Go-Busters and the impact of losing Cruise is not there. I think Steel represents the Beast Bots in many ways. I think fans would have been more devastated if Steel was digitized.
Posted by Lavender Ranger at 9:52 AM No comments: