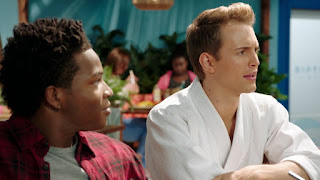 Episode Summary:
Blaze is teaching martial arts class. He then joins the five Rangers. Ravi tells them that Roxy has a new job at her aunt's Collins corporation. They then hear on the news that there was a garbage spill caused by a shipment. 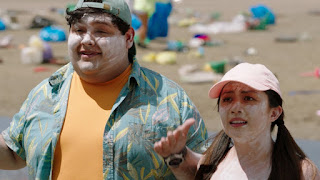 With the cyber dimension, Evox is in his human form and becomes his real form. Scrozzle has a plan to make new generals for him and uses a birdcage to make Trappertron. Meanwhile, at the beach, the Rangers help Roxy clean up. Roxy gets told by an employee that a turtle is in trouble. Ben and Betty show up in glue instead of sunblock and get garbage stuck all over them. 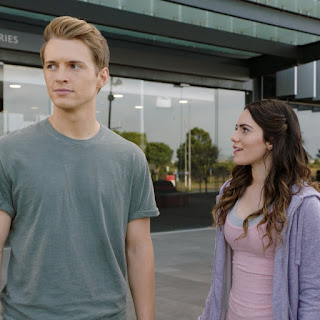 Zoey, Blaze and Roxy try to convince Roxy's aunt to help but she refuses. A cage appears around Roxy and Blaze and Trappertron appear. Zoey calls for reinforcements. Roxy and Blaze are kidnapped and then let go. Their information are used on robot blanks for new evil Roxy and Blaze. Roxy is in violet and Blaze is in amber color. 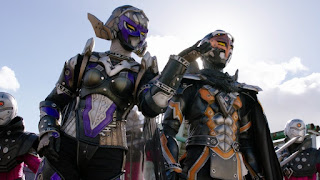 The Rangers fight Trappertron and the Tronics. The evil Roxy and Blaze arrive and the Rangers say how they defeated them before. They clarify they are brand new. While fighting them, they discover they are robots. Devon uses his new laser to completely destroy the robots and tronics. 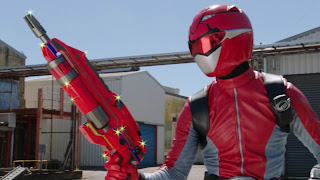 Gigadrone attacks and the Megazord defeats it. Evox is mad that Blaze and Roxy were destroyed. Scrozzle downloads them back into robots and says they can be downloaded again after being destroyed. Evox and them like the idea. 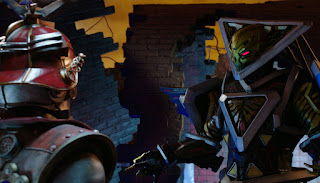 Back at a seaquarium, the turtle is placed in a tank as the Rangers and the real Roxy and Blaze watch. Roxy's aunt apologizes and promises to help. She thanks Zoey and Roxy. Roxy and Blaze mention that robot clones are creepy. 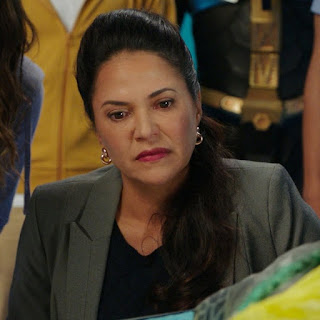 Episode Review:
Good Episode. Even though the GP oil spill happened years ago, this is still important to show how companies don't care about taking responsibility. Of course, the company changes its mind in this happy go lucky world. Fans are more concerned about the company being called Collins and since we don't have Roxy's last name, fans are jumping to conclusions that Roxy is Wes and Jen's illegitimate daughter. I don't believe it, I think the name is a coincidence. Anyway, I like how the good Roxy and Blaze are involved as much as the evil ones. I also like how Roxy said she was violet, instead of purple as purple was the color name used to replace 'violet' for rangers like RJ ad Kendall.

Posted by Lavender Ranger at 8:57 AM No comments: