WARNING: Before this starts, heed my warning that I know Power Rangers have different writers and how difficult it is to adapt a series from another country. Super Sentai always starts fresh every year with their stories and resets things. Aliens could be part of it, and sometimes not. That's the fun. Japanese understand this. But American fans love everything to be in the same universe and stay together. But unfortunately Power Rangers has switched so many hands in charge, it's hard to keep track. It is not easy making a TV show, even if they follow a Series Bible or not. A stray comment can get fans upset (Alpha 5 planet in SPD) and so forth. So I understand that writers do their own thing and I expect whoever reading this understands that too. 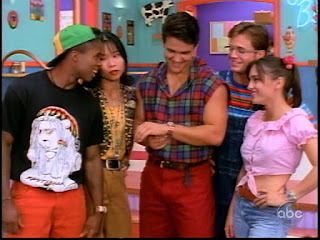 It all started with the first Power Rangers movie, Mighty Morphin Power Rangers: The Movie (1995). Power Rangers has its canon continuity but then veered off with the movie that offered an alternative view. Same teens, different looking everything (Command Center, Zordon, Zedd, etc.) and different way of receiving the Ninja Zords than the series. So fans considered that non-canon. Then after MMPR, the seasons changed names and casts started changed. In Space closed off one chapter by Zordon dying and various villains being destroyed. Lost Galaxy started a wrench in that it was 'distant future.' That Earth created a huge space station in short time since sending two dumb astronauts to open Rita's dumpster in the first season. Fans suspected it could have been set three or four years later but then Lightspeed Rescue being set in 2000 and Lost Galaxy Rangers showing up placed Lost Galaxy in 1999. 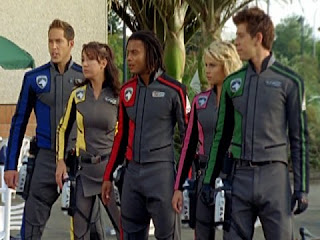 While Disney seasons were vague if they were in continuity or completely tied in, RPM threw a monkey wrench by having complete apocalypse and no mention of past Rangers. Many fans theorized it took place in another universe (or dimension, which is not the correct word). Samurai plainly place it in another world but unfortunately was confusing about it (the monster said, "So this is Earth.") Samurai and Megaforce seemed to be in the same main continuation of MMPR to Jungle Fury with inclusion of those teams. Dino Charge seem to be in its own continuation as it began at the time of the dinosaurs and went in against what Dino Thunder set up in 2004. But I didn't expect it to follow that. Anyway, the finale changed time and the DC team ended up with Dinosaurs living with them. Then Sledge ended up in the Ninja Steel universe, setting both series in two different continuation. Then there is the Boom Comics MMPR that establishes different universes. Now Shattered Grid comic event seems to tie all these teams together, including Hyperforce, the RPG that is set in the main continuation. Also Beast Morphers might also take in another continuation with another virus and the future premise.

"DC (Comics) does a really good job of monitoring the universe for the movies," Yoshi Sudarso (Koda of Power Rangers Dino Charge) says. "You know, the cinematic universe, and there's the cartoon universe, and there's Earth 1, Earth 2, Earth 3, Even the Batman Beyond universe. I think if Power Rangers started labeling things better like that, that'd be kind of nice too. Cause a lot of the times, as a fan, you get lost. I'm sure you feel the same way too, you're like, 'Wait, did that happen in this universe? Or did this not happen?' You know."

Here is my feeble attempt at labeling the continuations/universes: 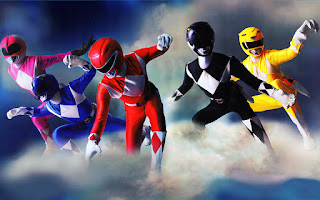 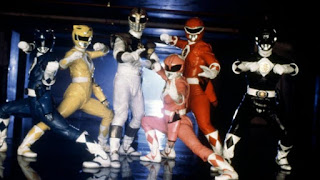 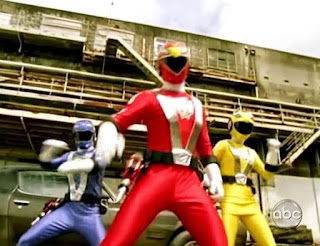 RPM Continuity
Everything seemed to be Ranger less at first. Dr. K made the Venjix virus and it caused global apocalypse and the Power Rangers RPM were created. They later jumped dimensions to fight Samurai. Super Megaforce came to visit Cronith but it looked different. 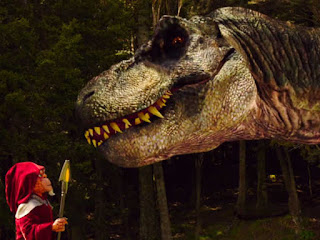 Dino Charge continuity
Sledge the bounty hunter and Keeper killed the dinosaurs and then the Dino Charge Rangers couldn't save the Earth from being sucked into a blackhole. The Rangers go back in time and send Sledge into the sun but somehow the future baddies went into the black hole and ended up in Ninja Steel's universe. The Dino Charge Rangers then ended up co-living with dinosaurs.
1. Dino Charge
2. Dino Supercharge 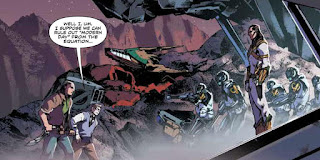 Boom Comics Continuity
Lord Drakkon didn't exist in our main continuity, he came from another dimension. If the Boom Comics continuation is the same or their own timeline is up to debate.

What Lavender Ranger Expects From Hasbro

I don't want to be selfish and be like, this is my opinion and it is what is written in stone. With that thought, I then said let's make a post about the whole fandom wants. But getting everyone's opinions would take too much time and I'm beyond busy right now. And it would be douchy of me to speak for the fandom. I don't want to do that either. So here is my opinion and if anyone cares can read it, if they don't, they don't have to read it. I've been a Power Rangers fan since 1993, my first toy was the 8 inch Yellow Ranger from Bandai and I love the details and articulation of the Bandai Japan toys.  So here is stuff I expect and want... 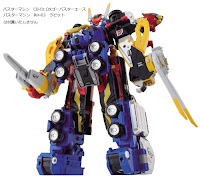 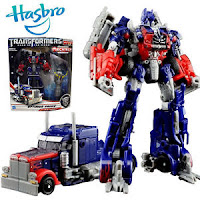 Zords like Bandai Japan zords
The next series to be adapted is Go-Busters as Beast Morphers. The mecha looks the most like Transformers so it is definitely in Hasbro's wheelhouse. Since around when Disney took over, the Bandai America zords have lost quality. They used to be close to the quality of Bandai Japan. The Legacy zords definitely stepped up and got better than Bandai Japan, then they did Bandai Premium. Hasbro is no stranger to recreating toys from Japan, Transformers, VR Troopers, etc. And they have done great articulation with Transformers. 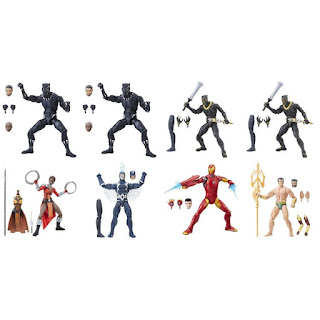 Legacy Figures Continued
The Marvel Legends figures are 6 inches tall while the Bandai Legacy figures are 6'5". Fans want the Legacy line to continue and with the 6'5" height. That would be great, I would like that because I can continue my collection and not have to restart. Unfortunately I don't see that happening. It is rare for toy lines to continue from one company to another. I do look forward to Hasbro doing the Legacy figs because the Marvel Legends have different heads and arms unlike the Bandai ones. 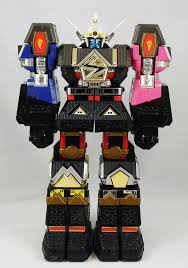 Shogun Megazord and other Legacy Items
Talking about continuation of lines, Bandai moved on from MMPR finally and will give us Zeo Mropher and Golden Staff but they skipped Shogun Megazord which has left a sore spot for fans. Basically because they decided to release Red and Yellow dino zords instead of it. The original Shogun Megazord came with a pink one instead of white and I would like to see a show accurate Shogun Megazord. Hasbro executives have said they will cater more to grown up fans and their Marvel line sure has shown that so I hope so. 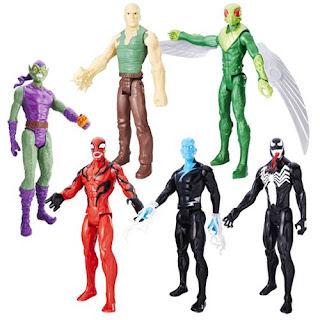 Villain figures
Hasbro makes a lot of villains. Bandai did in the past but not so much anymore. Bandai has been releasing more monsters, I would like to see more monsters to continue. I would like to see classic villains in a Legacy line like Rita, Zedd, Goldar, etc. This might be too much to ask but past monsters would be great now. The above pic shows 11 inch "Nutcracker" figures, I now they will continue. I know fans won't like it but it will continue because it is the industry norm now. 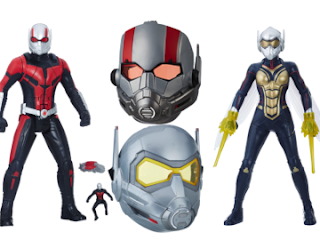 Equality
I know fans didn't want to believe girl figures don't sell and I even refused to believe it. But I have seen them warm shelves. But I think the current Bandai America figures did so because the figures were/are so thin and easily to break. I say that because my nephew and niece have easily broken through female figures' arms and legs. For the Movie, Bandai did release more female figs and gear. For Black Panther and Antman and Wasp, they have lots of female figures and I hope this continues with Power Rangers. I think it won't be an issue with Beast Morphers as they is just one female and she is yellow. 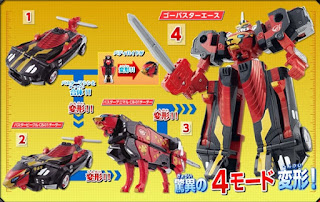 Final Thoughts
I've said what I expect but what I WISH would be affordable items and quality items. "Affordable" is hard. If you want quality, you have pay for it. But I wish it was worth it. The Bandai America Legacy Communicator was not show accurate and the sounds were random and was $80. If I spend $80, I want it to be worthwhile. All above is just speculation anyway. I don't know really what will happen. I am excited. A lot of fans are hyped, they don't want to disappointed. But from experience, not everyone will be happy. We'll see. It is part of life. Excitement and disappointment. All I got to say to Hasbro is: Bring It On.