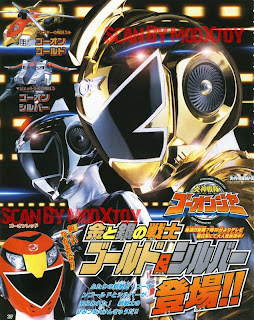 Before I reported about the sixth ranger, and there were rumblings about a seventh ranger being female and silver but it was not for sure. so I didn't say anything until there was a clear picture of her in her suit. Here she is, I am not sure if her name is Go-On Silver for sure. Everyone is thrilled to have a female Silver 'Special Ranger.' 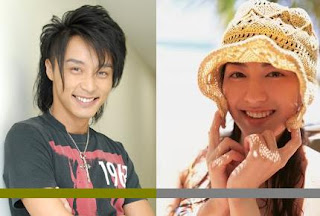 Hidenori Tokuyama will be Go-On Gold and Sugimoto Yumi is Silver. 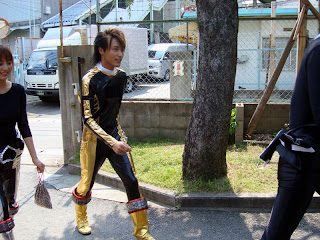 Here they are in their suits, in a behind-the-scenes shot. 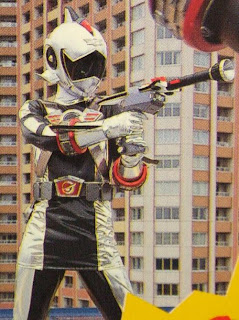 The first female Silver ranger was Dekaranger's DekaBright, but it was just for one episode. unfortunately most fans don't consider her a full fledge ranger. Everyone is hoping Go-On Silver is full fledge. What counts as full fledge? Well, more than two episodes I suppose. But some sixth rangers like Mega Silver, Geki Chopper and Deka Break have only appeared in a hand full of episodes of their respective shows. When the magazines were teasing on a new ranger, they only teased about the gold one, not silver. I think it is because this is a boy's show and toy stores only want to sell to boys. I think it is a double treat to get two rangers, instead of one. 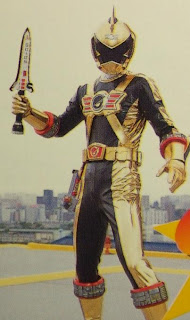 UPDATED JUNE 1, 2008
It is rumored that Gold and Silver are brother and sister aliens. It was also rumored way before that Silver and Gold were going to combine into one Ranger, but that has been thrown out the window. As for their respective robots, the Engines, many fans believe it is Jetoras and Triptor who have recently premiered. If they do indeed end up belonging to them, then it is be the first time the robots appear before the special rangers episodes before. Usually the new ranger appears first, and then the robot. Well, except for Gaoranger, where his robots appear before Gao Silver, but his alter ego appeared with the robots at the same time.