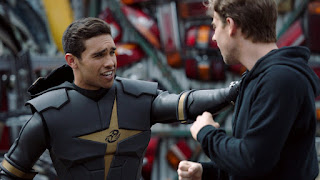 Brody does the opening narration. Aiden has reunited and tells his story. He said he'd keep the ninja steel in the high school. He said he went far away. He said when he saw it on TV, he knew it had to be Brody. Mac doesn't want to show Aiden the headquarters. They seem to be okay with it. The seven train and Aiden gets aggressive with Levi. Hayley tells him to chill out. Aiden leaves. Hayley says he just wants to show off. Brody tells them to cut them slack. Later, Levi and Hayley fail at baking. Monty and Victor as always are up top something not so normal. Chocolate falls on top of Victor of course.Victor hardens yup as a chocolate statue and they put him on a trolly. The Rangers fight Kudobots. 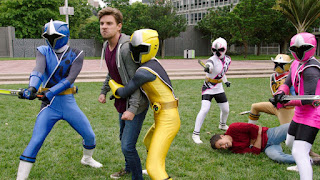 Aiden fights Kudobots. A female poison monster appears and poisons Brody. Aiden wants to know. Madam Odius has the antidote, she wants the Power Stars. They lay Brody down in the auto shop. AIden wants to use the Power Stars. The Rangers want to use a trick. Mac wants an antidote. Aiden says it doesn't work, they have to give the stars. Hayley has a plan. They get the Power Stars and AIden smiles. Mac scans Brody. Monty looks for Victor. Hayley and Levi run with the Power Stars. Brody walks after them. They take him and tell the plan. 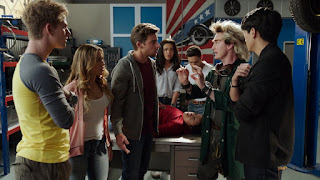 Hayley shwos the Power Stars and the spycams see this. The monsters appear. Odius give the antidote. They put the antiodote in Brody. The other Rangers arrive and are upset. The Power Stars are chocolate. Levi gives them the real ones. Brody is all right. The Rangers morph. Kudobots fight Red. Gold fights the monster. The Rangers then fight her. Gold does a tornado attack. Red does his final attack on the Kudobots. The monster makes the Rangers go down in yet another location change. Blue and Gold fight her. Blue and Gold do a dual attack. They take a selfie. Red rejoins. The monsters choose to make her huge and the Rangers call the zords.
was 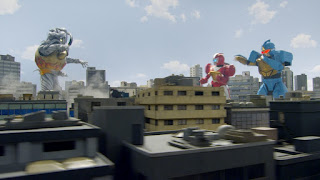 Gold and Red robo zords fight her. The others call their zords afterwards. Gold forms his Bullrider Megazord. The Ninja Steel Megazord is formed and the Rangers don Master Mode. They destroy her. Hayley and Levi apologize to Aiden. Monty keeps looking for Levi. The teacher unveils the statue of Victor and tlels Kids to eat him He wobbles and falls. He breaks apart and shows he is human and thge kids run off. Odius tells Aiden that he is on her side.

Posted by Lavender Ranger at 12:33 PM No comments: 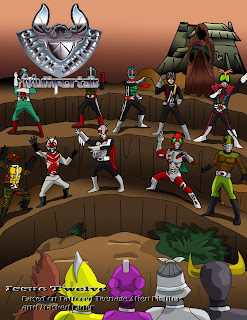 Issue 12
The Sentinels go to Edenoi to get the Green crystal fragment and find a king who is the Masked Rider. I've been told this is a sad story. Watch out for shoutouts and parodies (Amazon and Hail Ferbus). 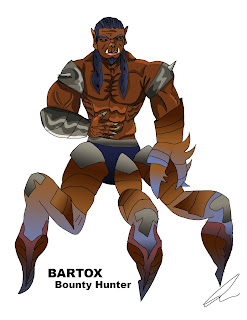 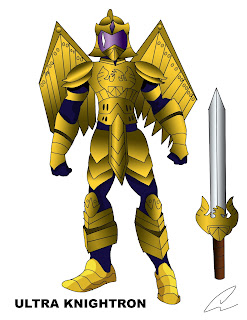 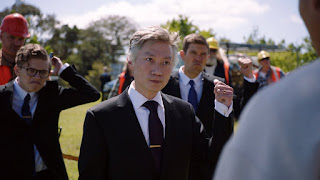 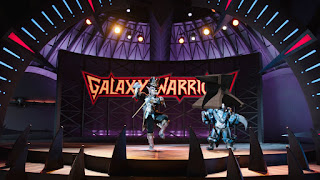 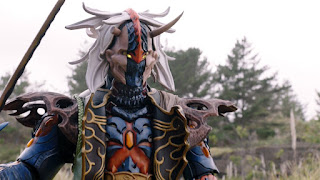 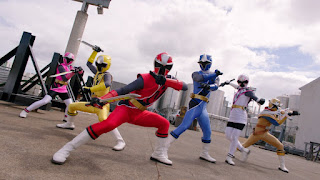 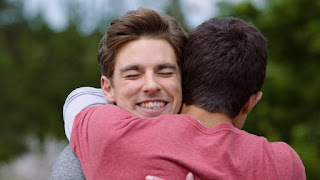 Episode Review:
A basic episode going through the tropes of protecting a tree for environment sake against a misguided rich guy. The episode is pretty predictable but that is what we have come to expect from filler episodes. Also with the tagged-on ending in which Brody doesn't even mention his brother only that he was on the bad guy ship with Ripcon. Glad at least they mentioned Preston's mom is dead, they almost never mention the second parent, only the first.
Posted by Lavender Ranger at 12:13 PM No comments: