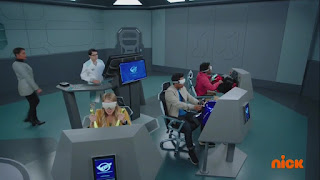 Summary:
The episode starts with the Gigadrone inside the secret hangar lab and Devon asking Nate for Morph-X to use on a rocket. Outside, the Rangers and Ben and Betty put the Morph-X in the rocket but it doesn't launch. Ben and Betty try to 'fix it' but it points sideways and launches in the wrong direction. Ben and Betty run away from it and then go after it when they reveal it actually belongs to their father. Devon takes out his own model rocket and it breaks apart and doesn't launch it. Ravi critiques it and Devon takes it as an insult. Devon gets defensive and leaves. 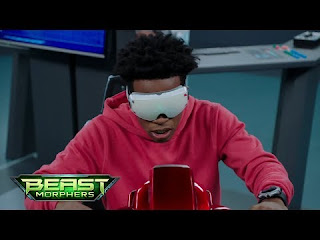 Meanwhile, Evok blames Roxy for losing the Gigadrone and she says she will make up for it. Back at GB headquarters the Rangers do a simulation of forming the Megazord but Ravi and Devon butt heads. Ravi gives Devon advise and Devon rather go with his guts. Devon storms off when the simulation has failed. The Commander talks to Devon about being a good leader means to listen to your teammates, especially Ravi since he has experience and training. Devon thinks about it. Ben and Betty find the rocket but one of the burners hasn't gone off. They spot Roxy. Roxy asks Scrozzle for help with the steel door. 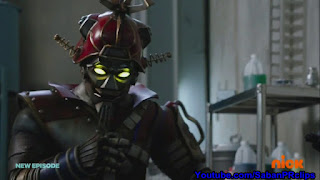 Scrozzle made a Robotron from a gas tank of some sort. The monster can melt anything so it melts the door and they go in. A piece of a burner goes off and makes Ben and Betty fly away. Roxy puts Morph X into the Gigadrone. Devon arrives in Cruise (which doesn't turn back into a robot or even speak) and the others in the GB SUV. They fight Roxy. Scrozzle in the mean time takes things from the lab including a robot head---(J from Go-Busters). Ravi kicks Devon out of the base to save them. He gets the Racer Zord and tries breaking the street to take the Rangers out but Scrozzle releases another Gigadrone. The first Gigadrone stops Devon. Zoey and Ravi destroy the Robotron. They fight and Devon uses the melter thing from the second Gigadrone to release Ravi and Zoey. Ravi and Zoey are saved by their zords.

The Rangers fight with the zords. They try forming the Megazord. The two Gigadrones try stopping them but there was a forcefield around them. They form the Megazord and they destroy the Gigadrones. Back in the evil lair, Scrozzle and Evok talk about a secret project. Roxy and Blaze want to know what it is and Evok threatens them. The Rangers present Ben and Betty with their dad's rocket fixed. They successfully fly the rocket off.

Review:
A better episode then last week. A good part was we get a slow build to the new Megazord, not like most recent seasons where Megazords just appear out of nowhere. Also J's head being stolen by Scrozzle is interesting. The actual conflict between Ravi and Devon feels authentic and I loved the Commander's advice. I wish she had a full name though.
Posted by Lavender Ranger at 8:55 AM No comments: 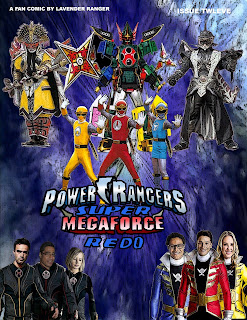 Issue 12
When Shimazu and Vexacus return from the Abyss, the Wind Rangers help.
https://drive.google.com/file/d/1BfLSRkmg4tD73jDZp1OXxXnY2QehmLgM/view?usp=sharing 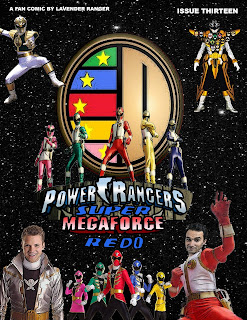 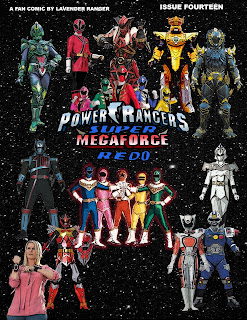 Issue 14
Kat substitute teaches the Rangers and tries to make a deal with Silas.
https://drive.google.com/file/d/1vK9bCci5jIFOZ4pQZsKNFWRciCP3At2z/view?usp=sharing 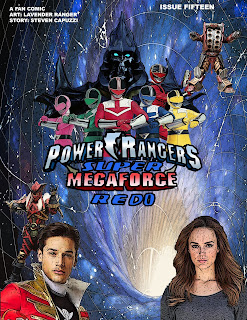 Issue 15
Jen returns with a mission for the Rangers that doesn't make Troy happy.
https://drive.google.com/file/d/1nSEtfvfIQsbciKL7njNXSvOdwHhjlkvC/view?usp=sharing 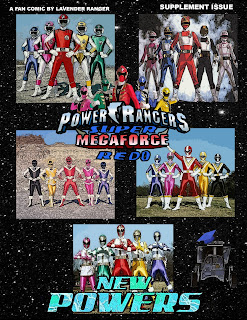