The following is not official at this point at November 28th, 2018. If you are seeing this some months after this date, this has probably come true. 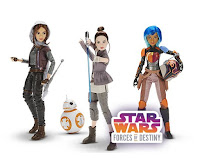 Hasbro Dolls
Since Hasbro got the Disney rights, they have upped their game with the Disney Princess dolls. Now they have Star Wars Forces of Destiny and Marvel Rising. First of all, it is great Hasbro is doing dolls for girls and boys and collectors focusing on the female characters. With Star Wars, they are focusing on the females for a mostly male dominated toy franchise. I found Star Wars Forces of Destiny interesting but unfortunately a lot of the dolls have been warming shelves and found on clearance. Marvel Rising just started and I don't have the estimates on sales. With this being said, if the dolls will be successful or not, I think Hasbro should try with the large wealth of Power Rangers characters to choose from. 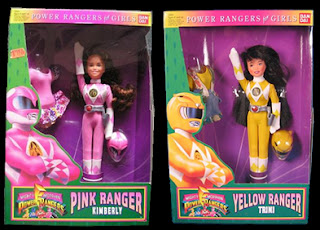 Bandai Dolls 1994-1995
Bandai America tried making dolls of the female Rangers back in the day. They had civilian clothes, Ranger suits, doll hair and helmets. They made them of Aisha as well. They did plan dolls for Kat, Tanya and Tommy for Zeo in 196 but they were never released. Only prototypes. They were not successful that they stopped making them. 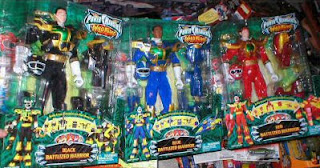 Bandai doll-like figures 2002-2007
Bandai America made action figures that were like dolls at 11 or 12 inches tall. They had the suits, armor, accessories and helmets. They no civilian clothes. Some had the actor faces like Wild Force, Ninja Storm and Dino Thunder. They had human faces in SPD but with wrong skin colors and covering most of the face and did not resemble the actors. For Mystic Force and Operation Overdrive, they no longer had human faces and the helmets were not removable. Some parts of the suits were still removable. By the time of Jungle FUry, they stop making them. 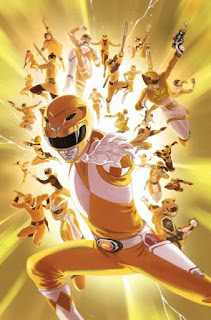 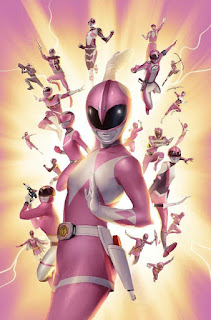 Power Rangers
In my dream doll line, female rangers would be prominent but there should be a few male characters as well. Of course, I see the first dolls would be Kimberly the Mighty Morphin Pink Ranger and Trini the Mighty Morphin Yellow Ranger. Also see focus on 1995 Movie suits, 2017 Movie suits, and Ninja Rangers. Also focus on female characters that have not gotten action figures like Nova Ranger, Kat Ranger, White Mystic Force Ranger (Udonna), Dr. K, Hayley (Dino Thunder), Ms, Fairweather (Lightspeed Rescue), and others. I see including significant others like Tommy the Green/White Ranger, Andros the Red Ranger, Dillon the Black Ranger, etc. Now I know female Legacy Rangers didn't sell well but I think dolls might do better. There are also adult collectors for dolls. One fan on Twitter said it would be cool to have Billy in his original overalls. 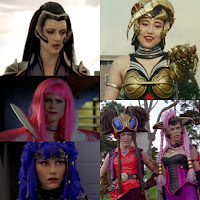 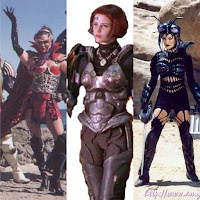 Villainesses
If they do decide to make a doll line, the biggest focus I think should be villainesses like Rita (show and movie 2017), Scorpina, Divatox, Astronema, Psycho Pink, Psycho Yellow, Trakeena, Nadira, Toxica, Marah, Kapri, Elsa, Morgana, Necrolai, Camile, Tenaya 7, Madame Odius, and Poisandra. Only a few villainesses have gotten figures: Poisondra, Madame Odius, Camile, and Rita. It would be cool if they were two dolls for Astronema: cyborg Astronema with red wig and regular Astronema with different wigs. I think villainesses that had rubber monster forms should get dolls too: Necrolai, Queen Machina, Archerina, Metal Alice, etc.

I'm adding a poll to the blog once again, which I used to do long ago.

Posted by Lavender Ranger at 10:12 PM No comments: