This is a syndicated show that lasted 27 episodes from 1997 to 1998. It was a mix of live-action and early CGI. Van-Pires also had portions of its soundtrack written and performed by John Entwistle of the band The Who. It was about four teenagers who became robotic anthropomorphized cars, calling themselves the "Motor-Vators," they fought against the evil Van Pires. It was horribly acted and badly written much at the level of "Teenage Alien Fighters of Beverly Hills." It starred Jason Hayes of the other syndicated show "Malibu, CA."
Posted by Lavender Ranger at 7:35 PM No comments: 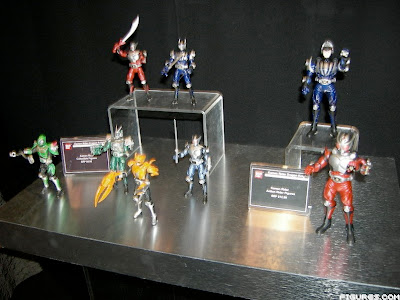 Finally we get pictures of Bandai America's Kamen Rider Dragon Knight toy line. These pictures are from the showroom of the Toy Fair 2009. Many fans are already complaining about the quality of the toys. All of these are supposed to be released in June. 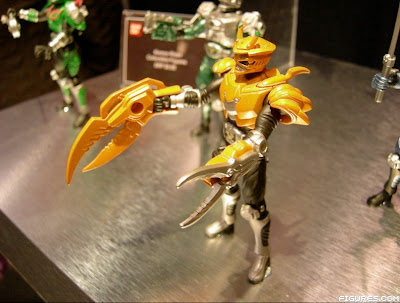 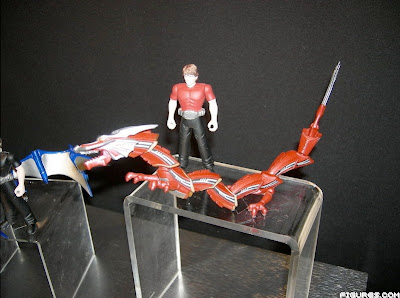 Deluxe Figure Set
Sets include a 4” Rider figure in civilian mode (Kit, Len, and Drew) and their corresponding Contract Beast (Dragreder, Black Wing, and Magnugiga), or Kamen Rider (Dragon, Wing and Torque). The Contract Beasts attach to the 4” collectible figure to create unique and dramatic attack poses. Each set includes one Advent Card that activates special sound features on the Deluxe Dragvisor weapon (sold separately). They all have color shirts and black pants, they look a bit ridiculous and don't look as much as the actors. 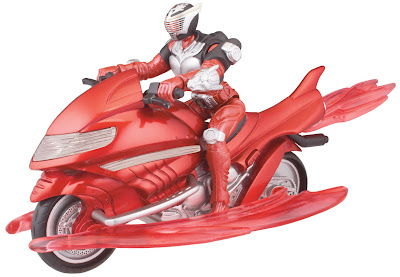 Deluxe Rider Set
The cycles from the show, one snot in the only Ryuki series. Below is the transfer vehicles that let them in the mirror world. They all come with attachments like some of the Power Ranger cycles. 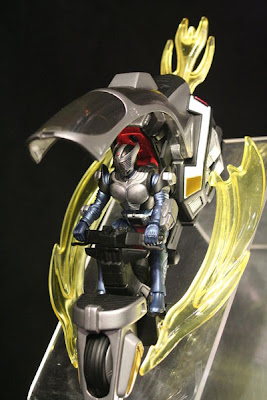 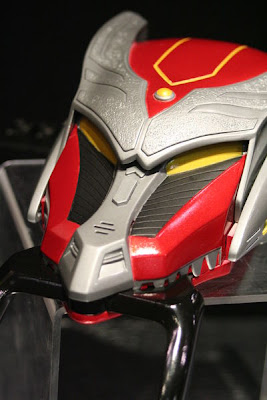 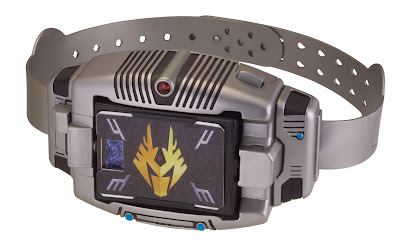 Advent Belt
The Advent Belt features the same turbo spinning action as seen on the TV show. Pick your favorite Rider Card and insert into the Advent Belt to initiate into Rider mode, complete with light and sound effects. Two Advent Decks and two Rider Cards are also included. There are many complaints of the main card on the belt, maybe this is just the demo. In the original Ryuki, the buckles were pop out and detailed.