There are not much non-KRDK pictures of Christopher Foley but he plays the manipulative and cruel Drew Lansing. 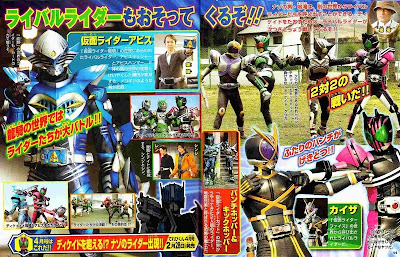 Bascially, Kamen Rider Ryuki, Knight and Zolda have all been re-cast and given new characters. I think that is smart to re-cast them all (well except for Kiva and maybe Den-O... we don't know if Den-O will be re-cast yet or not) so you can start with a clean slate since not all the original actors can return apparently. Above to the left is the new Kamen Rider in the Ryuki World, Kamen Rider Abyss, who appears to be shark-infulenced. The photo in the middle, above the shadowed picture is of the new Knight and Ryuki. No picture of the new Zolda actor has been revealed as of yet. The right side is Kamen Rider Decade and Kuuga fighting the Hoppers from Kamen Rider Kabuto. And below is Decade against Kamen Rider Kaixa from 555. 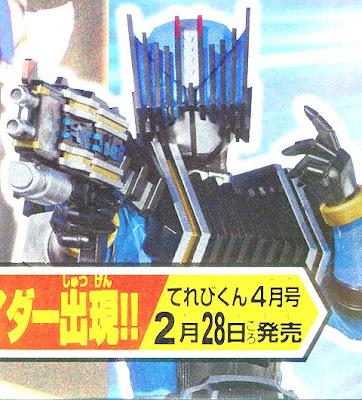 Shadowed picture that has been highlighted of a new Kamen Rider--Kamen Rider DiEnd, who looks a lot like Kamen Rider Decade and seems to have the similar color scheme to Kamen Rider Abyss. Yes, more and more Kamen Riders. 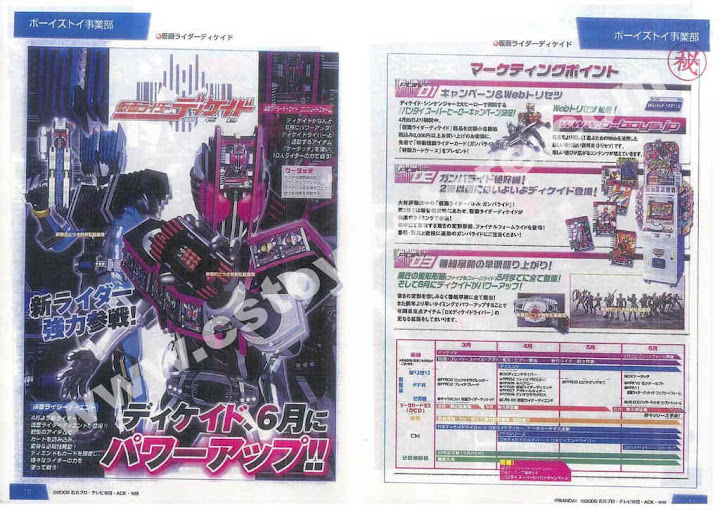