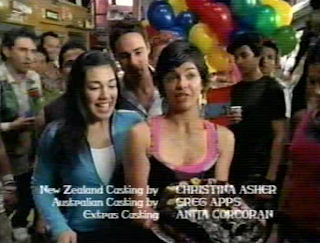 In the PR wiki, it claims that RPM is the first Power Rangers series to have the ending credits during the episode. I think there is confusion. Having the end credits run during the end of the episode is common for ABC Kids. It has been happening since Mystic Force. But since most international fans see the version of the episode on their Jetix channel or from our Jetix, they get regular credits. And now that RPM is only exclusively airing on ABC, we only see those end credits. But running end credits during the last scene has been common practice for the past four years.

Bandai America has added KRDK to their website with pictures of their toys, only a couple upcoming but they look great.
Kamen Rider Dragon Knight
Posted by Lavender Ranger at 9:45 PM No comments:

No Auxiliary Trio of Rangers for RPM 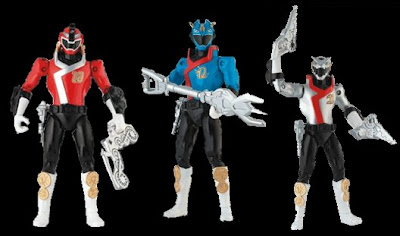 Okay, a year ago when the extra three Rangers appeared in the Jungle Fury toy line, many fans wondered if they were just going to be toys or would they appear on the show since they are not from the original Japanese Super Sentai series. The Spirit Rangers did indeed appear on the show, Bandai America allotted the budget for them instead of the Red Ranger gaining a Battlizer. Now, these new Rangers are coming out soon... Triceratops, T-Rex, and Mammoth Rangers for RPM, they are based on the last three zords coming soon. Just like the last three, these Rangers have no Japanese counterpart. 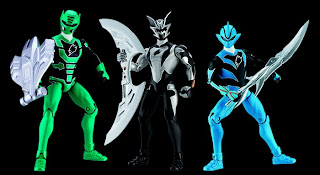 But I don't think we are getting these Rangers because in the latest Japanese magazine that usually reveals new spoilers (last year they revealed the three Spirit Rangers), this time we got nothing new. I don't think it is happening because of the budget. I recently found that Bandai America chips in for the Battlizers and other props from money they get from sales, also according to the rate of 'hero shots' (how many times the item appears on the show). Yes, some fans say it could happen and the Japanese photographer was not there for when they shot the new Rangers and they could be keeping it ultra secret now, but I highly doubt it. In the pictures, we have Kireizky (a villain who appears in ep 42 of 50 episodes of Go-Onger) so meaning this is near-finale of RPM. 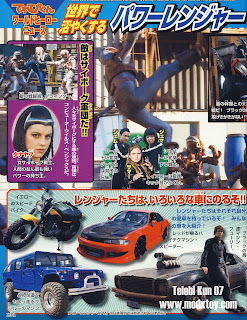 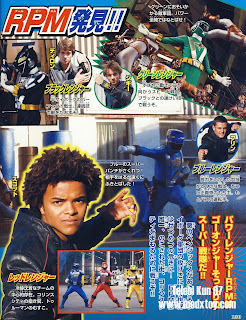 Also, there were thoughts that the Triceratops Ranger could have been female because there is no scheduled bike or armored figures for that Ranger and only male Rangers get that, but I think it is just the luck of the draw. They only can make so many toys.
Related Topic: Power Rangers Jungle Fury Auxiliary Rangers
Posted by Lavender Ranger at 10:13 PM 1 comment:

This week (June 21) there has been no Samurai Sentai Shinkenger and Kamen Rider Decade until next week because of a Golf tournament, there is always a golf game every year in Japan and sometimes two and they interrupt the Super Sentai and Kamen Rider episodes, which I consider a break for them, since they have no reruns or break, it's just episode after episode.

Posted by Lavender Ranger at 1:26 PM No comments: