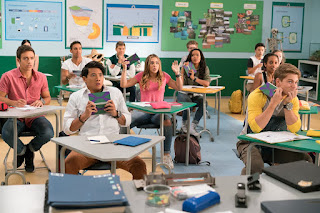 Episode Review:
Interesting concept but ti would have made more sense if it was an app on a phone than a game on its own. I guess it was easier to destroy it that way. Also Brody not playing the game is a step up from the character since his playing nature from last year.
Posted by Lavender Ranger at 12:32 PM No comments: