On your local CW network...

7:00 a.m. - 7:30 a.m. (Educational and Informational Hour) —Cubix
In a world full of robots, an ingenious young boy named Connor and his miraculous transforming robot Cubix must combine forces, along with the help of their human and robot pals, to save the day when the evil Dr. K plots to steal the mysterious power source known as Solex.
Originally aired 2001-2003, 26 episodes on Kids WB 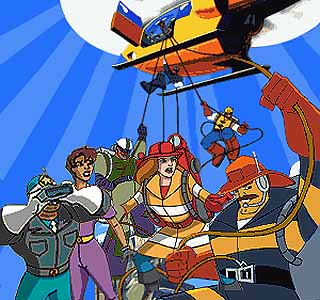 7:30 a.m. - 8:00 a.m. (Educational and Informational Hour) —Rescue Heroes
The Rescue Heroes are a crack team of international emergency response professionals who travel the globe to help those in danger. Equipped with the latest up-to-the-minute knowledge, high-tech hardware and cutting-edge technology, they are dedicated to promoting safety and saving lives everywhere.
Originally aired from 1999-2002 on Kids' WB, 40 episodes 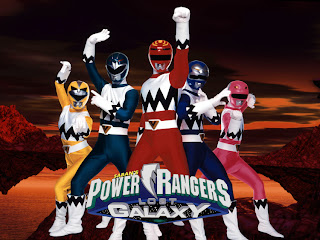 8:00 a.m. - 8:30 a.m.—Power Rangers: Lost Galaxy
The massive spaceship Terra Venture represents mankind's greatest accomplishment as it traverses the galaxy.  When this tremendous achievement is threatened by dangerous aliens, led by the insect-like villain Scorpius and his daughter Trakeena, a new team of Power Rangers from different walks of life unite to become the Galaxy Rangers in a saga that will take them to undiscovered worlds and even other galaxies. 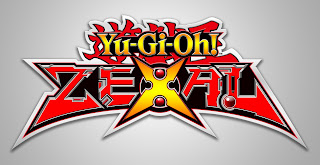 8:30 a.m. - 9:00 a.m.—Yu-Gi-Oh! ZEXAL
Yuma Tsukumo is a young duelist who strives to become the Duel Monsters champion.  During a duel with a school bully, a mysterious spirit called Astral appears before him, and helps him to win. Astral explains to Yuma he is searching for his lost memories, which have been transformed into 99 Xyz Monsters cards called Numbers and have been scattered across the globe. In order to recover his memories, Astral teams up with Yuma in order to recover the Numbers cards. Using the powers of Zexal, the two must compete with Numbers Hunters, who seek to claim the Numbers cards for themselves in order to destroy Astral's home world.

Originally aired on CW4Kids since 2011, still an ongoing series 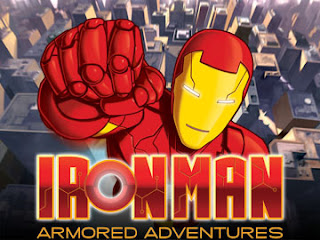 9:00 a.m. - 9:30 a.m.—Iron Man: Armored Adventures
Tony Stark, teenage heir to a billion-dollar corporation, must take on the mantle, and formidable armor, of Iron Man when his father mysteriously disappears.  Along with his teenage friends, James Rhodes and Pepper Potts, Iron Man must save the world from a multitude of villains and balance the pressures of teenage life with the duties of being a super hero.
Originally aired 2009-2012 on Nikctoons, 52 episodes 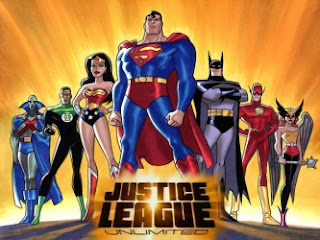 9:30 a.m. - 10:00 a.m.—Justice League Unlimited
The "founding members" of the Justice League, Superman, Batman, Wonder Woman, Flash, Martian Manhunter, Green Lantern and Hawkgirl continue to defend the planet from every known threat.  Along the way, they are aided by a large number of other superheroes from the DC Universe, including Aquaman, Black Canary, Captain Marvel, Supergirl and more. The League not only clash with their famous nemeses, from Brainiac, Lex Luthor, Mantis and many others, but the building tensions between the Justice League and a secret government agency known as Project Cadmus brings heightened conflict to a series where every child's favorite superheroes are called to action.
Series originally aired 2004-2006 on Cartoon Network, 39 episodes 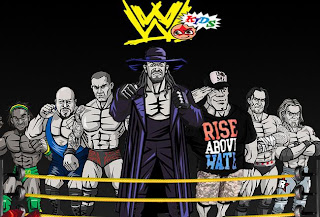 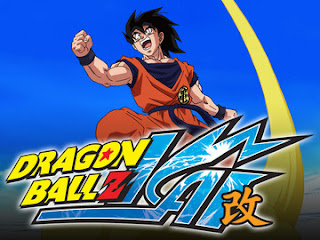 10:30 a.m. - 11:00 a.m.—Dragonball Z Kai
The epic adventure continues as the famous martial artist Goku and his son Gohan are shocked when they learn that Goku belongs to an alien race called the Saiyans, who are bent on destroying the Earth.  Father and son travel the galaxy, battling Saiyans and other enemies in their heroic attempt to save the world from total destruction.
Originally aired 2010-2012 on Nicktoons and CW4Kids in the USA 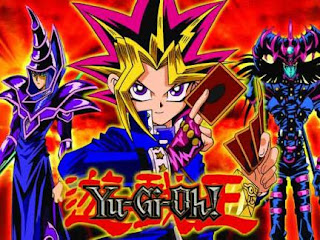 11:00 a.m. - 11:30 a.m.—Yu-Gi-Oh!
Classic Yu-Gi-Oh! tells the tale of Yugi Moto, a young boy who solves an ancient artifact known as the Millennium Puzzle, causing his body to play host to a mysterious spirit.  Yugi and his friends love playing the card game Duel Monsters, and with the help of his doppelganger, Yugi becomes the most famous duelist in the world.  When Yugi learn that the spirit inside his puzzle is actually an unnamed Pharaoh from Egyptian times, he and his friends attempt to help the Pharaoh regain his memories.

Saban Brands will also be hosting a live chat with a Power Ranger during the premiere of the Vortexx television block. Fans can interact LIVE with a Power Ranger on August 25 from 7 a.m. to noon on Twitter at @MyVortexx. PR Newswire (http://s.tt/1kuRc) Read more:
http://www.prnewswire.com/news-releases/wwe-returns-to-kids-time-slot-with-original-content-anchoring-vortexx-on-the-cw-165714726.html
Posted by Lavender Ranger at 6:07 PM 5 comments:

Photo Opps Notice for Power Morphicon 2012 (with times and events)

I did not write anything of this, this is a press release:

Events with Video and Photo Opps on Saturday, August 18: 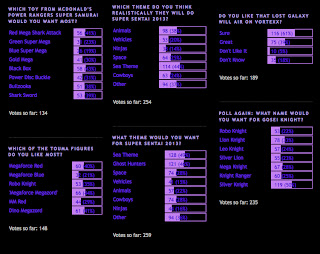 Which theme do you think realistically they will do Super Sentai 2013?

What theme would you want for Super Sentai 2013? 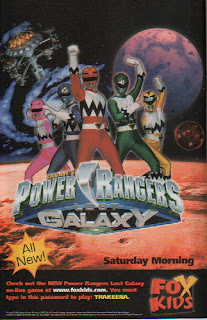 Do you like that Lost Galaxy will air on Vortexx?

Poll Again: What name would you want for Gosei Knight?

Which toy from McDonald's Power Rangers Super Samurai would you want most? 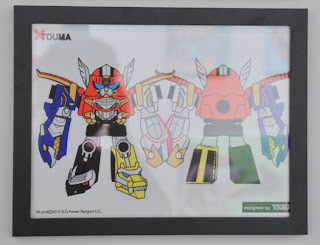 Which of the Touma figures do you like most?
Posted by Lavender Ranger at 1:28 PM 2 comments: 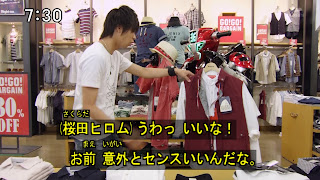 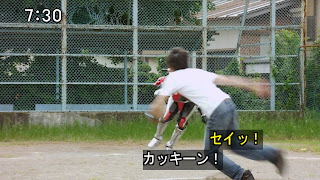 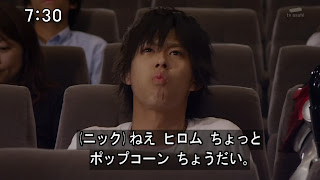 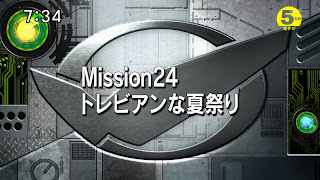 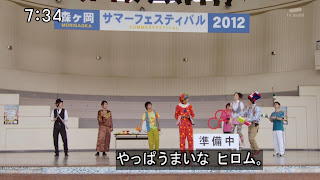 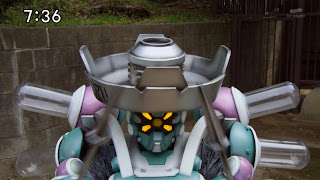 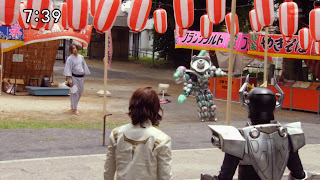 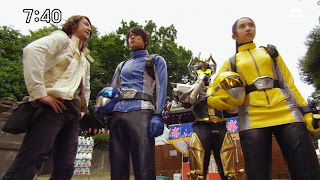 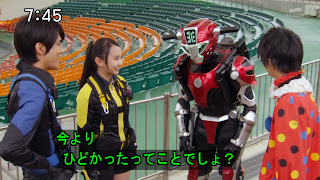 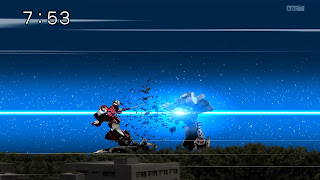 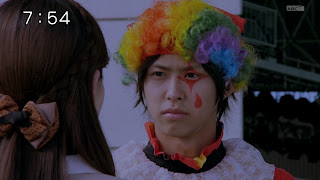 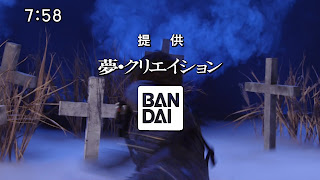 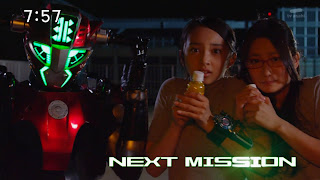 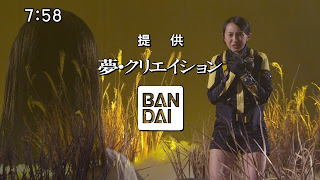 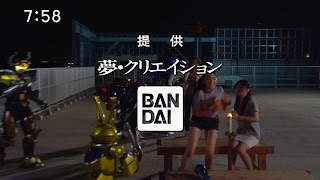 Posted by Lavender Ranger at 3:31 PM No comments: