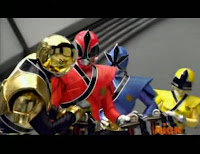 My "Unexpected Arrival" is late because I was busy last Saturday and didn't know they switched new episodes to Saturdays.

Summary:
The Rangers respond to a gap sensor signal but no Nighlok, when they return they return 'See you Soon' letter. Mike says it is 'fishy' and it actually smells like fish. Jayden senses something but no one believes him, he is a bit edgy. The new Nighlok kept feeding his paranoia. The next day, the other four still have the same clothes and pass by Antonio. Emily recognizes the hand writing in Antonio's announcement as the flyers he is passing out. Mia confront him. Antonio throws ice at them to trip them and runs off. Jayden headed off to Spring Valley and Mia and Kevin go. Emily and Mike go after 'the fish guy.' Jayden does symbol power and it fogs up the Nighlok's magic mirror.

Nighlok comes out and Jayden nabs his mirror. Blue and Pink arrive. Jayden says he realized water can block the spell of the Nighlok, that their water is purer than the water from the Sanzu River. And that the holy spring can do it. Antonio wants to make a perfect moment as he hears Mike and Emily leave to help the others. The five are taken down, Jayden especially under the spells and Antonio arrives and morphs into Gold Ranger and fights the Moogers. Trees fall on him and he fights the Nighlok. The five defeat him and Vopez gets big. Vopez beats up the Megazord invisible and Antonio shows off the octozord. At the end of the episode, Antonio asks Jayden if he remembers him, that they were childhood friends. The girls definitely think he is a cool edition.

Review:
I got to give Alex credit, he is getting better with the Jayden character. So far he has been stalwart, wooden and goody-goody, while Takeru was just a dick and serious. In the original episode, everyone believed Takeru but in this one, no one believed Jayden. Could this had been a cultural thing? I liked Mike's lines too. This episode is just like the original, save for that Jayden doesn't take a bath like Takeru does, :(. I would had liked to see Jayden shirtless, some fans have pointed out he has some hair on his chest. This episode feels a bit rushed compared to the original. Antonio really does have a strange accent and his vocieover so weird.

And Kothoa's line 'he's so sparkly' sounds so weird coming out of Emily's mouth. I did feel bromance between Takeru and Genta in the original episode but it didn't continue in the show, it was more like Genta was in love with Takeru but it was one-way. Here, there is a definite shared bromance (how he came up to him and said "You still think you can take me?"). I don't feel the Spangirsh jarring, just Steven's accent. I don't feel he talks too much like fans have said. The New Zealand accent of the kids in the flashback did feel jarring though.
Posted by Lavender Ranger at 12:00 PM No comments:

Well, only 22 hrs left till the contest closes, and frankly, I'm dissapointed wth the turnout. So, I'm giving the contest an extended 3 hours. You have untill Sun 3:00 am E/12:00 pm P. this is LITERALLY the final stretch, so for those of you who have started already, start wrapping up, and submit your combos A.S.A.P. Don't lose the small remaining window. 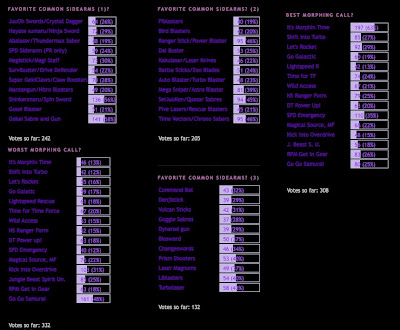 Best Morphing Call?
oops, it was Overdrive Accelerate. I forgot. 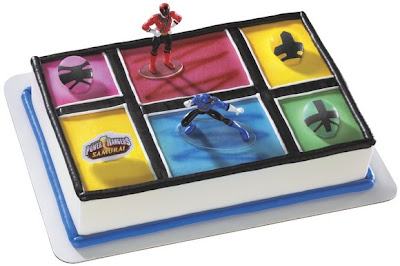 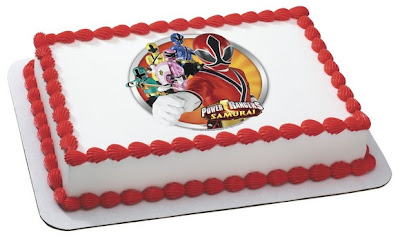 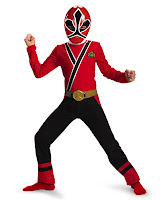 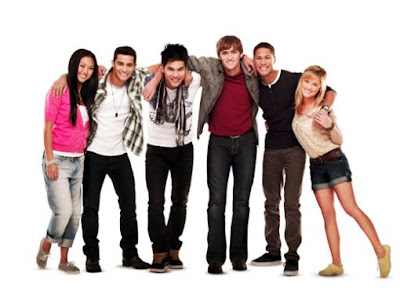 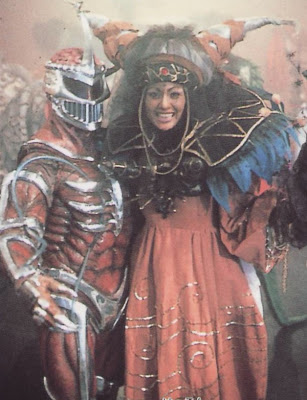 MMPR
How could I forget Rita and Zedd's wedding? 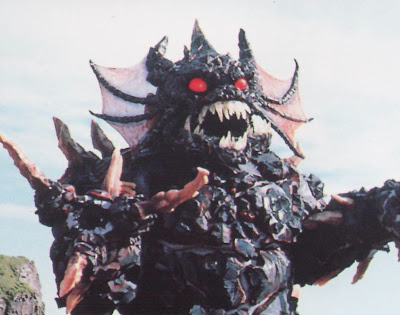 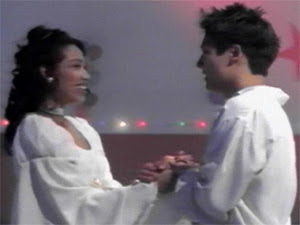 Lost Galaxy
Kai had a crush on a girl that he thought she had a groom but she was just a bridesmaid.

Lightspeed
Joel and Angela were married and said to be returning from their honeymoon in PRTF.

Time Force
Alex and Jen were engaged and Jen saw a wedding in one ep but they never did marry, she broke up the engagement. 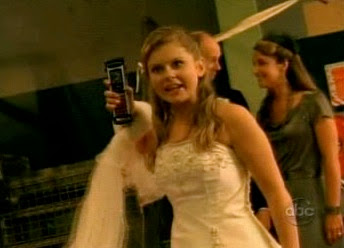 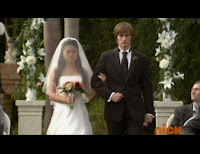 Samurai
Jayden and Mia pretend to get married to stop a plot by Dayu. Emily also dressed as a bride.
Posted by Lavender Ranger at 4:39 PM 5 comments:

Weddings or Marriage Discussion in Sentai

In order of the wedding of Kate and William, I was gonna do this post but I ended up busy. But here it is, wedding themed episodes or episodes featuring a wedding dress or some sort of wedding discussion. I might have forgotten some of these, please add them at the comments. 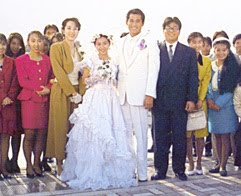 Jetman
Red and White got married at the end of the series.

Hurricanger
Nanami and Yosuke help a man get an engagement ring to his lady love in Episode 13.

Magiranger
In 15, Green thought that his sister wanted to get married, she had the dress and everything, but ultimately it was a modeling shoot with her 'boyfriend.'

Ultimately Urara and Hikaru married at the end of Magiranger. Kai's lady love was hypnotized to marry a monster named Glum in the movie.

Gekiranger
In Epsiode 37, Ran's mom arrived to show Ran potential husbands but no actual marriage or wedding was done.

Shinkenger
Even though Mako always thought of being a bride, Episode 8 was mainly about brides. Mako and Ryunousuke dressed as Brides.
Posted by Lavender Ranger at 4:18 PM 5 comments: