Suggested by Chynna of Straight from Chynna's Head
Wow, there are so many more... 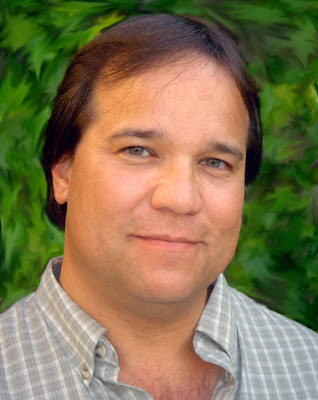 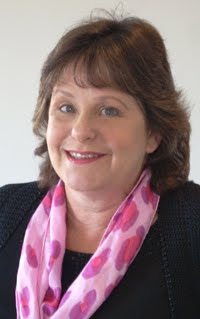 Rebecca Forstadt
Played Fighting Flea (below, obviously) in MMPR, Ocusect in Masked Rider, a computer in "Future Unknown" episode of Time Force and a newcaster in Wild Force. She has provided voices for Lupin the 3rd, Code Geass: Lelouch of the Rebellion, Love Hina and other anime. 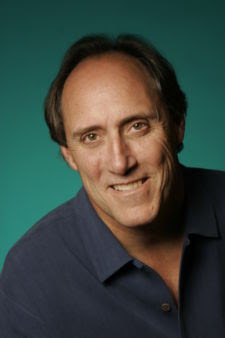 Kirk Thornton
Voice Dramole (below) and Professor Longnose in MMPR, Skull in Masked Rider, Mechanoid in VR Troopers, Nuklifier, Altor and Silo in Zeo, one or all of the Creeps in Turbo, Powerdriller, Voltagehog, and Craterites (below) in PRIS, Samuron, Brunt in PRLG, Spellbinder in PRLR, Angelcon in PRTF, and Motorcycle Org in PRWF. He has done voices for Trigun, Love Hina, Cyborg 009, Stitch!, and many more. 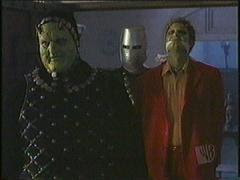 Brian Tahash
Voiced Malavex in Beetleborgs, Space Monkey in Masked Rider, See Monster (below), Brick Bully, and Lantera (for one ep) in MMPR and played Constable Narwek in the Host's home dimension in "Angel." 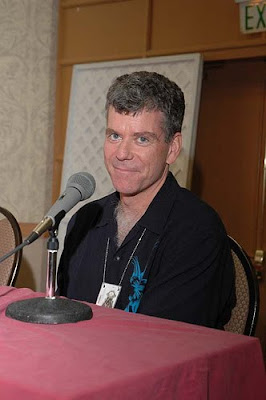 Mark K. Miller
Played Garbage Mouth (below) and Parrot Top in MMPR, Combax in VR Troopers, and Bananatex in Masked Rider. He has gone under the names Kermit Beachwood, and Kermit Miller. 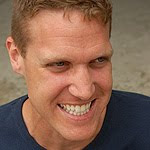 Voiced Leaky Faucet (below) and Admiral Abominator in Zeo, Mad Mike, Numbor and Mouthpiece in Turbo, Destructoid, Lizwizard, and Body Switcher (below) in PRiS, Wisewizard in PRLG, Troika and Falkar in PRLR, and Tentaclaw in PRTF.

Peter Greenword
[NO PICTURE]
Mace Warrior and Sword Warrior in Beetleborgs, Wolfgang Amadeus Griller in Turbo (above), and Aquafiend (above) in Lightspeed. He is from Australia and has had bit parts in shows like King of Queens.

Jimmy Theodore
[NO PICTURE]
Played Destructasphere in Masked Rider, Plague Patrol and Slotsky (above) in MMPR, and Unctuous (above) in Beetleborgs. He voiced Ken in "Street Fighter II: V" and did a voice for Trigun.

Glen McDouglas
[NO PICTURE]
Voiced Mothitron in Masked Rider, Strickland in VR Troopers, Crosspatch (above) in Turbo, and Rocketron (above) in Lost Galaxy.

John C. Hyke
[NO PICTURE]
Treevil and Whirlin in Lightspeed; Pharaoh in Turbo, Termasect in Masked Rider, Transformatron in VR Troopers; and Saliguana and Cannontop in MMPR.

David Walsh
[NO PICTURE]
Voiced Skullhead in Beetleborgs, Visceron and Blue Senturion in Turbo, Automon in Wild Force and another voice in Time Force.

Frank Adelia
[NO PICTURE]
Voice Wolfgang in Beetleborgs and Quadra Org in Wild Force, he played a guard in Lost Galaxy.

Monica Louwerens
Best known as Ms. Fairweather in Lightspeed, she voiced computers in Time Force and the Flute Org and the Karaoke Org in Wild Force.

As you can notice, the voice actors had steady jobs in Power Rangers, voicing at least one character per year, when the production moved to New Zealand, everyone was mad. And it was hard to find voice actors in New Zealand. Disney had to get people who were actors but never really did voice acting before. Most of them are known for Xena and Lords of te Rings and other productions filmed in New Zealand. I am only covering the ones that did more than one monster role. The ones who did voices for RPM only did RPM. 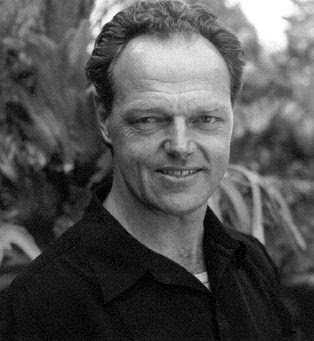 Bruce Hopkins
Played Gamling in Lord of the Rings: Two Towers and Return of the King. He voiced Choobo (above) in Ninja Storm; Ruby Dragon in Dino Thunder; Ringbah (below) and Praxis in SPD; Clawbster in Mystic Force; and Gakko (below) in Jungle Fury. 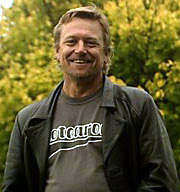 Michael Hurst
He is probably best known internationally for playing Iolaus in the television programs Hercules: The Legendary Journeys and companion series Xena: Warrior Princess. Had been in Xena, Andronema, Jack of All Trades, Legend of the Seeker, and Young Hercules.

He voiced Vexacus (above) and D.J. Drummond (below) in Ninja Storm and Silverhead (below) in SPD. 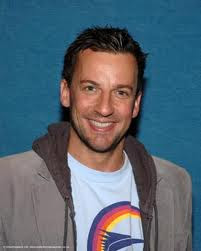 Craig Parker
Played Blue Face, Mad Magnet & Motodrone (below) in Ninja Storm. He is most famous for his role as Haldir of Lórien in The Lord of the Rings movie trilogy and Bellerophon in Xena: Warrior Princess.

Jeremy Birchall
[NO PICTURE]
He played Snipster (below) & Shimazu (above) in NS, Sumo Wrestler in Dino Thunder, and Slate & Wootox (the alien that switched bodies with Sky, below) in SPD. He played Jett in Xena.

James Gaylyn
Voiced Zeltrax (below), Golden Rod in Dino Thunder; Orangeheads in SPD; Volcon & Cheetar in Power Rangers: Operation Overdrive. He played Mason Truman in RPM (above) and the sensei (below) of the past when Cam visited his parents. 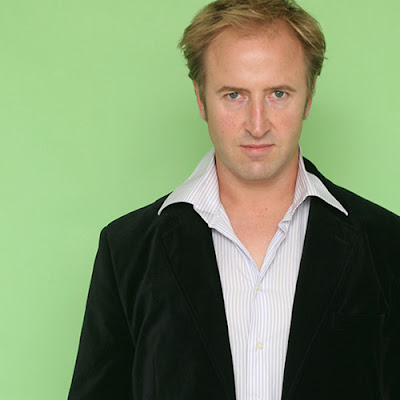 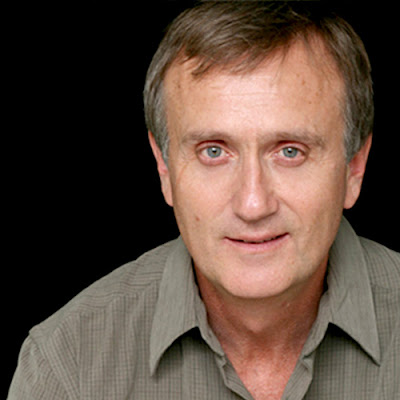 Jim McLarty
He voiced Skortch in DT, Broodwing (below) in SPD, and Styxoid #2 in Mystic Force. He played Government Worker in RPM and Dr. Medford in PROO. He also appeared in Xena and Hercules.

Geoff Dolan
[NO PICTURE]
Voiced Koragg in Mystic Force (Above), Dai Shi's spirit form in Jungle Fury, Jade Gladiator in DT, Omni (above) and Herok in SPD. He has also been on Xena and Hercules.

John Leigh
He played Brownbeard in PROO (above) and voiced Terramole, Toxipod/Super Toxipod in NS, Insectolite in DT and The Master in Mystic Force. 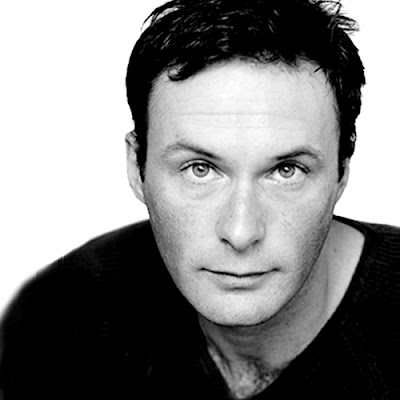 Andrew Robertt
He is well known for his role as Nurse Steve Mills in soap opera Shortland Street and the voice of Morticon (below) in Power Rangers Mystic Force. He has also been on Legend of the Seeker. He also voice Dysotron in Dino Thunder and an alien in SPD. 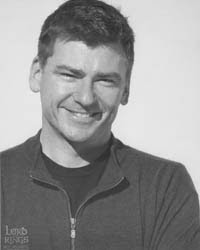 Mark Ferguson
He had two roles in Peter Jackson's The Lord of the Rings film trilogy, playing the Elvenking Gil-galad, but also filmed some scenes as the Witch-king of Angmar. He voiced Gekkor (below) in Mystic Force and Moltor (below) in PROO. 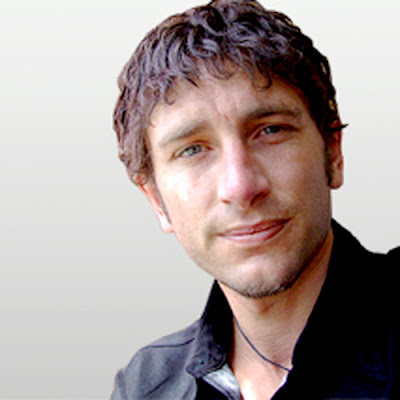 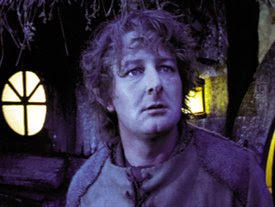 Cameron Rhodes
He was on Lord of the Rings, Xena and provided the voice of the Gryphon in The Chronicles of Narnia: The Lion, The Witch and the Wardrobe. He voiced Mad Mackerel in DT, Professor Mooney in SPD, Matoombo in MF (below) and Carnisoar in PRJF (below).