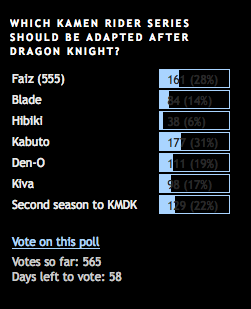 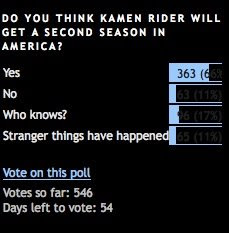 Posted by Lavender Ranger at 7:35 PM No comments:

The twins explain there is a factory where human prisoners build the Grinders and they were prisoners there and they want to blow it up. Scott wants a plan first, the twins race off. Dillon listens to his musical watch and tells Summer he knows the tune by heart. Dr. K tells the Rangers there is a giant ball of yarn (through the garbage chute) they need to fight. Flynn and Ziggy discuss what they need to fight the yarn, a funny zord and then they get in an argument if it needs to be an animal or not, Flynn explains it has to be half animal, half vehicle.

The Rangers arrive and discover there is no yarn, it's a trap by the three generals, a new attack bot that can copy their moves and has them on the ropes. Dr. K tells them to stop attacking. Gem and Gema arrive and save the five. The bad guys disappear. The twins seem to be making something, that Ziggy thinks it is pancakes... it is neturonic detonating putty, that Ziggy puts in his mouth. The twins are humming and Dillon recognizes the tune. They heard from a blind prisoner girl in the factory, who they couldn't see but hear and she never used her real name.

The tune came from an old family heirloom carried by her brother. Dillon wants to go to the factory, the twins wanted to blow it up, Dr. K and Scott are against it because it might be a false memory again. Dillon says the watch is real, the twins are real, so it must be real. Later, Flynn and Scott plan to take out Dillon's spark plugs, his car races off and they find out that their spark plugs were taken out. Ziggy and Dillon are back in the car, he brings up how things have changed... and find out they really haven't.Ziggy looks at the map the twins gave him and they are like a kid made them... rainbow, flower and arrows and unicorns.

They get attacked by Grinders. They are saved by Summer. Summer can read the map and calls shotgun. Back at the lab, Dr. K reads a butterfly note from the twins that they left on a 'super secret mission'. Scott asks Flynn if he was to disobey him as well as everyone else has, he says he is good and then the Saw Bot attacks the city and the two Rangers go there. Meanwhile, Ziggy, Dillon and Summer arrive at the factory and see humans going in. They disguise themselves as workers and sneak in when the Grinder guard looks west for 26 seconds (reliable robots). Inside, the place looks like the Venjix headquarters with flowing red lights. The Grinders are guarding a door that might have info and files.

Ziggy is left to make a distraction, Dillon and Summer tell him to keep it low-key. He says he is Mr. Finesse, they then take off his hood and pat him on the head. Ziggy throws a bolt, the grinders go to it, he throws a glove at one's head and the two enter the room. There is no keyboard on the computer but Summer 'plugs in' with a device but the files are going too fast, but not too fast for Dillon, he can read it because of his upgrades. Ziggy makes noise and the intruder alarm goes off. Dillon is about to get his info when the Grinders blow the computer up and attack them.

The two fight. Ziggy makes shadow puppets of intruders leaving and the Grinders follow them. The other two shake it off. Outside, Ziggy falls on the sand. The two pick them up and they go in the car--Summer gets front seat again. Dillon races off in his car. They turn on the radio and hear Dr. K advising Blue and Red fighting the Saw Bot. Summer says they are fighting alone. Dillon says it is not for long. Ziggy asks how he knows, we discover he is all squished up in the back seat as there is no back seat. Gem and Gema join in the battle with Blue and Red and blow the monster up.

The other three arrive and morph and the monster becomes big and they destroy it with Zenith Megazord and the other two zords (as backup). Back at the base, Scott scolds Dillon. Dillon is still on the fact that he has a sister. Dillon says he has to go back. Summer says they all do. Summer reveals that they are building something else in that factory... a giant whale-like blimp... a doomsday device.

Review
Sorry, no new episode next week. Yes, reruns once again. Two weeks of reruns, sorry guys. I know ya'll are impatient but there is nothing ya'll can do.

Anyhoo, we all thought when twins said they needed to go on a super secret mission that they were going to the factory, but that was not explained. They then appeared to fight with Blue and Red in the city. So, maybe we will find out next week what happened. Good episode, very smart as always, organized, and good all together. Also, the twins are so cheery for being had stripped from their parents, being constantly shot at, and being prisoners. One thing is that why they left the factory, but I can answer that, they only got 30 minutes. And spoilers... we all know that the giant blimp is a zord and it is gonna combine with gold and silver's zords. How we know? Um.. Go-onger and the toy too.

Posted by Lavender Ranger at 5:44 AM 6 comments:

PLEX is the company that designs everything for Super Sentai from suits to mecha to weapons. The company approximately started about eight years ago,   they grew from the Popy company that took care of that task since the beginning of the Super Sentai in 1975. Popy is the first company to manufacture the Super Sentai toys and products and also designing the Super Sentai artifacts. Nowadays, Bandai is the company makes the toys for Power Rangers and Super Sentai for all over the world. Plex also has designed the Titanium Ranger's weapons and rumored to had designed all the Bandai America toys. I say rumor because it has not be confirmed. Plex also manufactures some things, mostly keychains and cell phone chain figures.
This is how the chain of command works for Power Rangers. First of all, Disney, Toei and Bandai own part of Power Rangers. It is shot and made by Village Roadshow in New Zealand, original footage from Japan by Toei, distributed and owned by Disney, Bandai America produces and distributes the toys, Plex designs the props and toys, and Rainbow Productions manufactured the monster suits.

Posted by Lavender Ranger at 10:41 PM No comments: