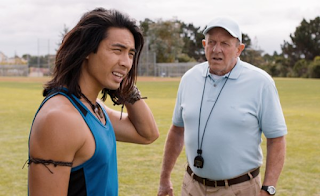 Episode Summary:
The gang shows Koda and Ivan modern sports when Fury spies on them. Koda hits a golf ball into the coffee of the baseball coach nearby. Game Face monster comes and attacks them. The baseball bat glows. Viviks hit tennis balls and footballs that explode. The Baseball coach watches. Koda takes the glowing bat and hits the bad baseballs and knocks Game Face away. Coach Ted introduces himself and says he coaches the big leagues Earthquakes. He offers a job to Koda. Riley convinces him to do it. Heckyl is mad at Gameface in the ship. Fury defends Gameface. Heckyl tells Gameface he has one more chance. 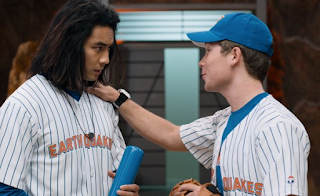 They do a baseball press conference in the café at the museum and ask Koda questions. Kendall is concerned if this is what Koda really wants. During the first game, Riley gives Koda shoes. The pitcher throws the ball and Koda hits it out of the park. Koda runs. Meanwhile, Game Face trains the Viviks for his 'doom squad.' Riley trains Koda with healthy food and early morning drills. At the games, they call him "Home Run Koda." 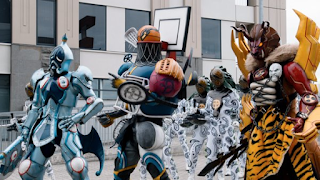 Dino Victory Charger is made by Kendall, making a final strike with 5 energem powers. They ask Riley and Koda to test it out. Riley says no, that they have to train and takes Koda away. Tyler says the GameFace is still out there. Koda says he's sorry. Later, Riley tells Koda they will go to the championship. He scores and everyone cheers. Koda is visibly not happy. Back at the base, Kendall says there is a lot of Vivik. The Championship is coming up soon, Riley makes excuses. They leave RIley and Koda. Koda says he doesn't feel right. The others watch that the Viviks are training. Game Face says his bat has explosive force. Wrench broke it, saying it is an ordinary bat. GameFace figures Koda has his bat, the others see this. 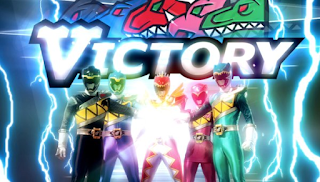 GameFace says the Bat is an explosive as well, he can detonate it. Tyler calls Riley and Koda but they don't hear it as the coms are in their gym bags. The Rangers reunite and take the bat. Riley says they have a game to win. Koda says it is just a game. Riley says he dreamed of winning a champion game but didn't have the ability that Koda has. Koda says the Rangers are their team. Riley is reminded. The Rangers face Gameface and Koda throws the detonating bat in the air. Koda realizes the bat was magic and maybe he had no skill. 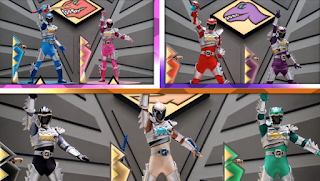 They morph and the Viviks change and they fight. Fury and Wrench leave. The Viviks bash the Rangers with a basketball. Purple Ranger comes in and gives them the Victory charger. Gold Ranger finishes off Viviks. Red goes Super and does the Victory final strike with the others. GameFace is then grown. Purples goes Super Dino Drive. The big Viviks are in baseball uniforms and are quickly dispatched by Ptera Charge. Dino Charge does baseball moves. Plesio-Rex is made and Koda does the final strike destroying the monster. 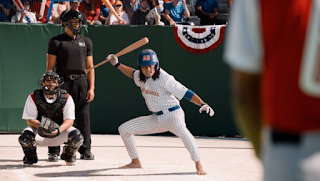 Back at the game, coach tells Koda to do a homerun. Koda worries about the bat. Riley tells him to use his instincts. Koda takes off his shoes. He does a caveman pose. The pitcher throws the ball. Koda hits it out of the park, everyone cheers. The teammates carry Koda. 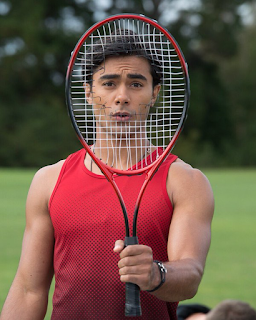 Review:
Everyone called this a filler episode and it sure does that but it has nice character development for both Koda and Riley. Riley always has a jerk behavior, so covering an episode again (last time using the energem for personal gain) in a different way is defendable. At least it is not like Megaforce and an Noah episode covering again his insecurities physically. Seeing Koda in the modern world is interesting. ﻿
Posted by Lavender Ranger at 5:07 PM 1 comment: