Hasbro Power Rangers Lightning Collection figures get revealed on Fan First Fridays, but yesterday June 11, 2021 they did a color-specific theme. For the first time, Pink Ranger theme. Fans were hoping for Jen the Pink Time Force Ranger and any other Pink Ranger after 1997. Some reveals were a bit underwhelming. 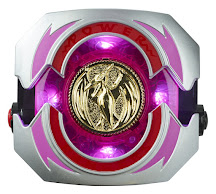 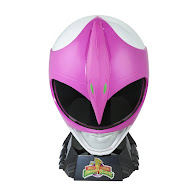 Pink Ranger Helmet and Pink Ranger Morpher
I will be getting the helmet for sure and it seems Razzle knows. The Morpher has been done before by Bandai America, I would have done Black or Yellow Ranger. 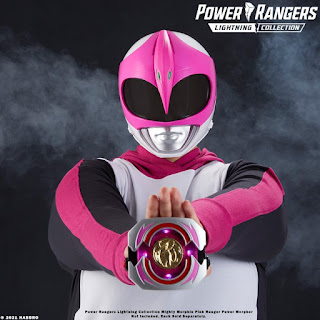 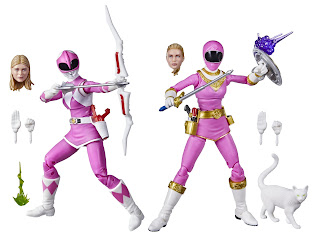 Katherine Set
Two Katherine heads and MM Pink and Zeo Pink with PC figure. I would get it just for PC. Some people said why not Turbo Pink but I guess they just want to finish the current teams (MMPR, Zeo, In Space, Lost Galaxy, Time Force, Dino Thunder, SPD, Dino Charge, Beast Morphers) before starting new ones. 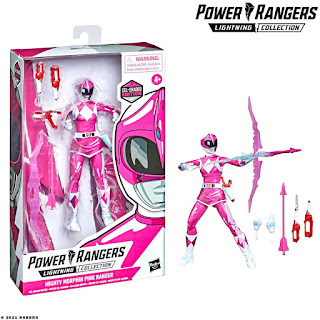 Cel Shaded
The thinking behind this would be to look like it is from a comic book. I didn't really like this reveal. When they said Pink Ranger-themed, people thought all Pink Rangers but apparently only Mighty Morphin Pink Ranger. 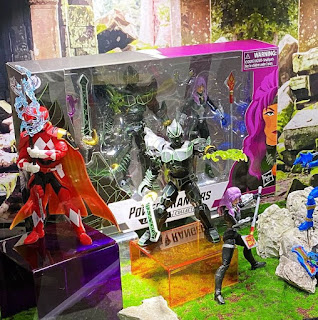 Ecliptor/Astronema Set
This was not revealed on Fan First Friday but today by @whenaiyy and No Pink Spandex, there will be an Ecliptor/Astronema set. This was seen at China Wonder Fest. The difference with Astronema a new sculpt of purple hair, as the original had indigo/blue hair. Also, I don't like how on Fan First Friday, they mentioned Kendrix and Cassie and Kendrix's death and didn't reveal a set.

Posted by Lavender Ranger at 8:38 PM No comments: