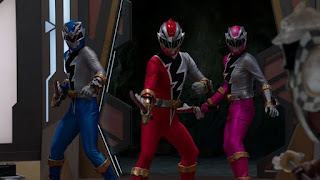 Amelia, who hops off her bike, says hi to her boss Jane of BuzzBlast, who works too much on weekends. She has an idea about Dinohenge for a story. Amelia has never written a story that was her own. She has already done a video, on glow in the dark lip gloss. Jane wants a factual story and Amelia is happy, she has permission to go. She has a machine that detects ghosts. She walks through the foggy forest. She finds something moving fast. Ollie yells for help, he gets electrocuted in a net. He was on a bike. Amelia apologizes. He is late for something. He is looking for Dinohenge too. He split up with his archeologist mother. They find the ruins. No one knows where they came from. A woman--Dr. Arkana, his mom greets Amelia. She has cool tech like a drone that can detect structures.

The drone scans the dinosaur statues and they start rumbling. The drone comes back. The rumbling stops. Ollie's mm shows there is a chamber underneath. A man arrives, Warden Buzzkill--Warden Garcia. Amelia already knows him. He is a park ranger who wants them to pack up and file a report. Dr. A happily goes with him and tells Ollie to pack up. Ollie stays with Amelia, who helps with the drone. She calls herself a ghost hunter and Ollie figures she thought he was a ghost. He says he never saw a ghost and asks for proof. She says with ghosts, it is hard to find proof. She calls him close-minded and he calls himself logical. Void Knight arrives and detects the energy source. He blasts through the ground. Ollie and Amelia hide. Void Knight goes down. Amelia follows but Ollie is hesitant. 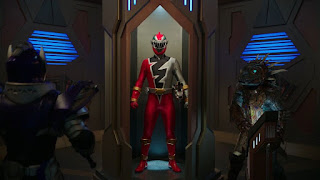 They find the underground headquarters and find footsoliders. They hide from Void Knight. He finds a dinosaur lady and a dormant Red Ranger. She puts light on the Red Ranger but he does not move. Void Knight slashes on the device meant to revive Zayto, the Red Ranger. Ollie grab the sword and fight back Void Knight. Amelia shocks him with her net. The dinosaur woman throws a key at them but Void Knight takes it and uses it on his sword to bring the "Hengemen" to life. The two have fighting experience and fight the Hengemen. The device is too damaged to wake up Zayto. Amelia gets the sword and slashes at the Hengemen. Ollie and Amelia get cornered and the swords glow. The dinosaur lady Solon throws keys at them when their Morphers appear. They morph. 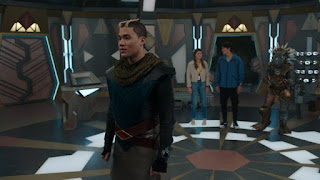 Ollie becomes the Blue Ranger and Amelia becomes the Pink Ranger. Void Knight tells them the Hengemen to tear them apart. The two fight the Hengemen. Amelia asks what else they get. Ollie says Zords. Void Knight finds the energy source and it is glowing balls called Sporix. He has the Hengemen take a chest of Sporix. Solon hits the device. Red Ranger awakens and fights the Hengemen. He has questions. A device falls to the ground. Zayto says Sporix is bad. They fight Void Knight. Some Hengemen are destroyed into rocks. Zayto changes his sword into the Dino Dagger. The Sporix escape and float, circling everywhere. Void Knight escapes with it. He throws rocks on them. The Sporix escapes but some fall to the ground and hatches into a monster. They disappear. Ollie and Amelia de morph. 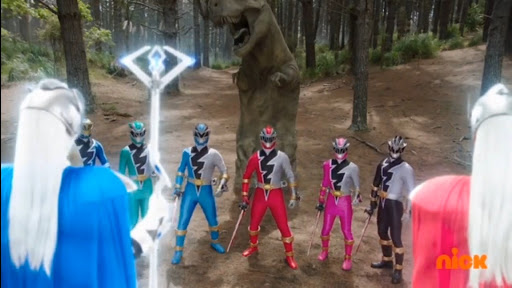 Zayto demorphs. The Morphers become wrist devices. He knows stuff as he can read minds. He was making sure if it still works. Solon says 65 million years have passed. Zayto is an alien and Solon is a cyborg dinosaur. He tells them that his home planet  Rafkon was attacked by Sporix and few survivors    They left the planet to Earth. They followed and fought them along with dinosaurs. They grew giant and  they retreated. Morphin masters arrived and used the Morphin grid. Their dinosaurs and prehistoric beasts became statues and gave life to Zords. The masters made the knights into rangers. They locked the sporix in chest and the others were lost. They tried destroying the sporix but could not. They wonder who the void knight is and need to get the sporix back. We see the sporix hide all over the city. 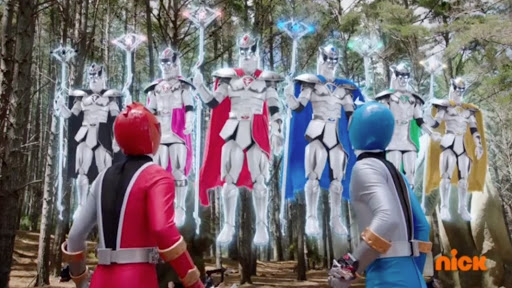 Unlike Beast Morphers, the show starts with the theme song. So far so good. This felt like part 1 of 2, it is not as rushed as people say it is. It just felt short and I did want more. The story is engrossing. It is great the Morphin Masters from MMPR and the comics have been referenced here. So I am looking forward to the next episode.