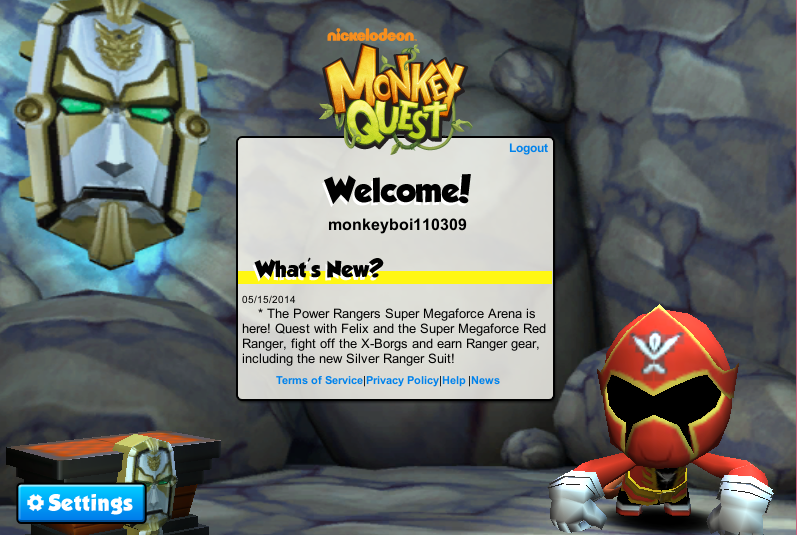 Ever since Power Rangers Samurai, the monkeys at Monkey Quest have been able to go to an arena and don the costumes (usually split by pants, shirt and mask). Those who play Monkey Quest, know these costumes don't protect much and are no substitute for armor. I want to commend the MQ people for doing a great job on the arena, it is bigger than any other arena for Power Rangers. Also it has 'Monkey Keys' (you can't use them but still nice to see them) with Red, Blue and Green Samurai and all 5 Megaforce represented. The lengths you have to go (fight X-Borgs and other monsters) are a bit long just for one item and getting repeats. Most items are for Level 10 and the Super Mega Saber are for Level 15. And you have to be a member to don them. This didn't happen before. I don't like that but it is clever. It ends June 24th so hurry and get your suits! 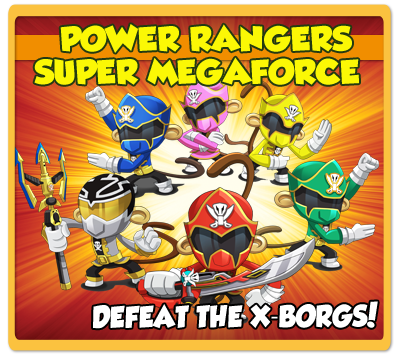 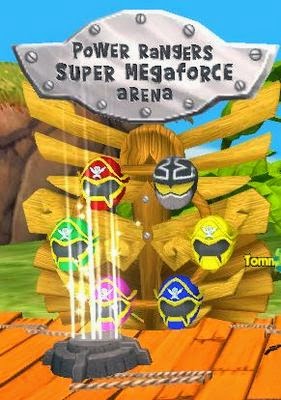 Posted by Lavender Ranger at 7:48 PM No comments: