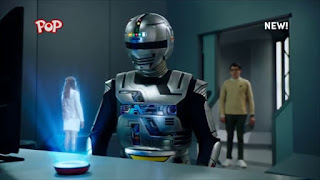 Summary:
Chaku misses Ryjack stealing Morph-X. Apparently, he has been doing this for weeks. Scrozzle is happy about using Ryjack and Evok's plan is to betray him and take the Ranger weapons for himself. Commander Shaw asks Chaku if he would like to join the team, he hesitates but ultimately agrees. Ben and Betty play with a killer plant and get ooze squirted on them. Nate then stumbles upon Chaku speaking to his daughter Starlight. He later tattles to the other Rangers and they are surprised to hear he is a father and that his daughter is human. Chaku and the Morphed Rangers fight Ryjack and Ryjack escapes. Nate tells Chaku he overheard about his daughter and said he saw she misses him, explaining his parents work oversea and wish they visit more often. Chaku says it is not that simple. 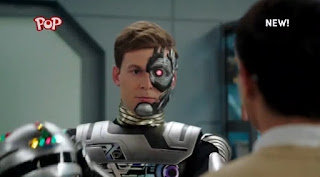 He takes off his helmet and show he is cybernetic and took away the father his daughter remembers. Nate thinks she will accept him. Chaku says he serves the greater good now and that is all that matters. He leaves. Back with the villains, Ryjack wants to fight the Rangers. Evox and the others think he won't last long. Ryjack leaves and the Grid Battleforce scanners spot him. The Rangers morph. Ryjack takes a device from Andrasia and grows big. (Remember monsters don't grow in this season.) Scrozzle appears and takes a device. The Rangers form the Beast X Ultrazord. The sky becomes dark. 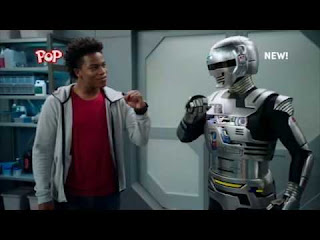 The Rangers fight Ryjack. He lifts them in the air and they crash. He shocks them with lightning. The Ultrazord needs to be rebooted. Chaku summons Reptilobeast from a space ship. He climbs on top of it and the beast shoots fire. It flies around and screeches. The Rangers are ready and continue fighting with Ryjack. They jump once Ryjack rams them and they shoot him. They slam him when they land. Devon gets the Blaster and they do an ultra strike. Ryjack is destroyed. The sky returns to normal. Back at the base, Chaku can retire and wants to be with Grid Battleforce. Nate has a gift for him. Shaw says he is a special case. They go to the lab where they opened the gate. They have the DNA machine to make Power Rangers, they adjusted it to make him fully human again. Shaw tells him he can be a dad again. He doesn't know what to say. He takes off his helmet and enters the device. He becomes fully human and he thanks them. He hugs Nate and asks if he could something for them. Steel wants Replitobeast. Chaku says it is Galaxy Police property. He salutes them and teleports away. Later, Ben and Betty keep the alien plant. They feed it garbage and spits out recyclables and vomit. They receive a message from him and his daughter Starlight. Starlight says thank you. 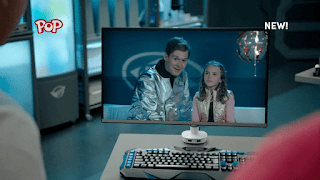 Review:
I'm sorry but I don't like the character of Nate. The actor is fine and nothing against him. The character comes off rude by overhearing things, jumping to conclusions, being judgemental, and budding in to things that not deal with him. Sure, he says he is a good guy but he comes off pretentious. I especially do not like he's judgmental ness and feelings about Ravi lying. It is not what he believes but in the manner he proceeds to do so. Sure he helps Chaku but comes off very annoying. In Spanish, a word "Lloron" means a crybaby and Nate comes off as a big llorn, complaining about being abandoned by his parents, when we never see him do an effort to call his parents or trying to visit them.
Posted by Lavender Ranger at 8:35 AM No comments: