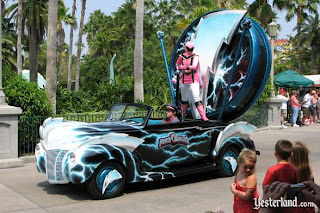 Since 2005, Power Rangers have been part of Disney Stars and Motor Cars parade at the Disney Hollywood Studios in Orlando. This has been very popular with kids. There is always long lines and according to people that have gone, at best your kid can see up 4 of the seven rangers that are there, if you are lucky and get there early. I have covered this before, but I am wondering if they are ever going to make a bigger attraction. There was a rumor that they wanted to use the building for Who Wants to Be A Millionaire but fans of the attractions were against it. Disney fans don't like the Power Rangers, one idiot called it "Voltron wannabe" without knowing Super Sentai came out before Voltron. Anyhoo, I think what would work would be something similar to what they do in Japan. 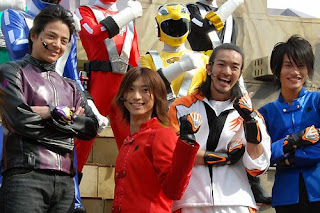 In Japan, mostly all around the year they have a stageshow at Tokyo Dome City with the current team. The stageshow entails a story, pyrotechnics, and suit work. When the yearly series ends, they have the real cast (Gekiranger cast above with Go-onger behind them) on stage one day only as a farewell. At the convention expositions, they have a stageshow with past Sentai heroes, even other Toei tokusatsu heroes. I think since the Disney theme park Power Rangers perform anyway, well for a short time, the Japanese stage shows usually last thirty minutes or so. The old Ninja Turtle stageshow at the old MGM Studios park was about ten minutes long. 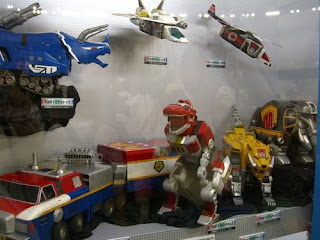 In the Japanese stageshows, the heroes fight watered-down versions of the monsters, so perhaps they may have to do that. I have never seen a PR monster in any meet-and-greet event or anything. The closet thing to a PR stageshow is what they currently have. I don't think it would be much for Disney to do a stageshow with an outdoors arena. A ride would be a cool idea, but it is highly unlikely. They didn't even do a ride for the Turtles. At best, it would probably be like Toy Story or Buzz Lightyear rides, that the audience would have to 'zap' stuff with 'lasers.' A history hall would be nice, like that have at the official Bandai Japan headquarters.

They do in fact have the Mighty Morphin Power Rangers the Movie Red Ranger suit in the Planet Hollywood Store on Sunset Boulevard. I heard they also have the Yellow Ranger suit. 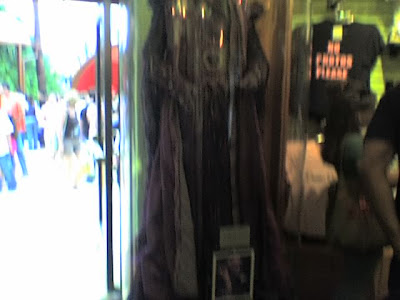 While the villain's costume from the movie, Ivan Oooze, at Planet Hollywood restaurant in Downtown Disney. I am surprised it is there. It is not a great pic but some sort of proof. 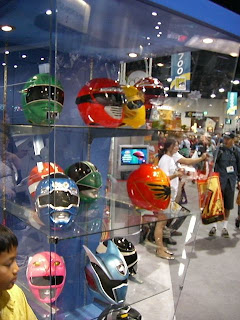 The other closest thing to have a 'history hall' for Power Rangers is the helmets at Power Rangers Bandai tour they had recently to promote the Operation Overdrive Mission Helmet.

This is the current map of Disney Hollywood Studios. Click on the image, the red line in the middle is the parade route of the Stars and Motor Cars parade. Number 6 in the yellow area is where the Muppets are, behind it is where the Ninja Turtles used to be. Number 10 in the purple area is where the Millionaire attraction used to be, now it is the Prince Caspian attraction. This is Disney World, the Power Rangers have yet to appear in Disneyland.
Yesterdayland
Helium

Posted by Lavender Ranger at 6:03 PM No comments: