Well this TV-Asahi page says it is an 'achievement,' that there will be a sequel series to Kamen Rider Den-O called "Super Den-O," saying 'hell' to all these movies and specials. Due to its popularity is why this is being made. "Masked Rider Den Farewell / Final Countdown" was the first step to bring the series back to the screen. It will feature Momotaros, Urataros, Kintaros, Ryutaros, Zeke, Deneb, Sieg, the Jiro, Ramon, and Riki of Kiva, and Tsukasa and Natsumi of Decade. 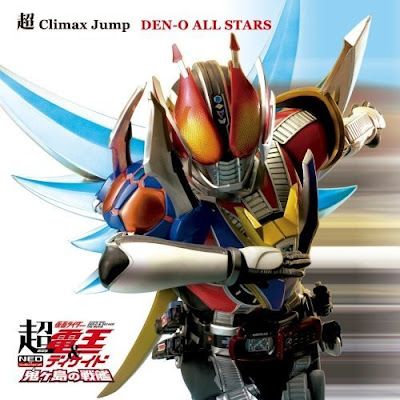 The fourth film Super Kamen Rider Den-O & Decade will be released on May 1, 2009. The film features Akina Minami as the bushi woman Toki, the return of NEW Den-O from Final Countdown, and the eponymous Super Kamen Rider Den-O which appears as a variation of Den-O's Climax Form incorporating Wing Form's mask as wings. As the title suggests, characters from Kamen Rider Decade are also to be featured in the film, primarily Tsukasa and Natsumi. Other characters in the film include a yet unnamed evil Kamen Rider (using parts of the costume of Kamen Rider V3 from Kamen Rider The Next) and his footsoldiers (resembling the Gelnewts of Kamen Rider Ryuki). This film begins the "Super Den-O" Series, the reborn "King of Super Power" is to premiere early summer 2009. Above the picture of the Super Climax form. 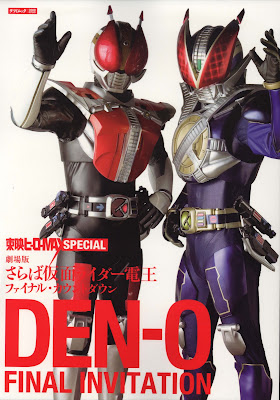 Gekiranger Ranger Hideaki Tsukada has said in an interview, "It [Making a sequel series] largely depends on someone within the company being passionate about any of those series, wanting to do a sequel and convincing the company that it would be a good business idea to do so." "Technically Speaking it wouldn't be a problem to do a third series at the same time as producing Kamen Rider and Super Sentai as has last been seen with the Sailor Moon live series (in 2003-2004)." I am glad they are foregoing the movies, I think four is enough.
UPDATED APRIL 10, 2009

Posted by Lavender Ranger at 6:23 PM No comments:

The actor who portrayed Ernie, the owner of the Juice Bar (the teens' hang out) in "Mighty Morphin Power Rangers" up to the end of "Power Rangers Zeo," died of an heart attack on December 30th, 2008. He was 47 years old. He had suffered health problems for years. He left after Power Rangers due to weight & health problems... His last appearance in Power Rangers was at the very end of Turbo: A Power Rangers Movie. He survived by his wife Rosa Isela Genelle and two children. 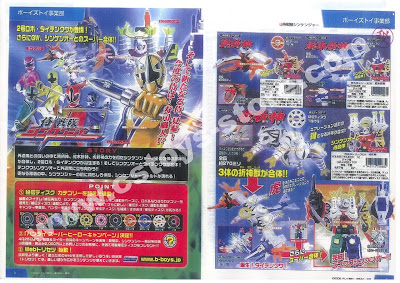 This news came out late yesterday/early today and speculation has gone crazy, faster and wilder than any other time. For a sixth ranger spoiler to appear before the show premieres is rare. Wolzard was revealed along with the other five, not at the same time but at least a month before the premiere and MagiMother too. (Some say DekaMaster was revealed before the premiere but I don't remember that.) Not much is known as of yet, only that his henshin device is the SushiChanger (modeled after a sushi chef tool), his weapon is the SakanaMaru (folds up to look like a sardine), and IkaOriGami is his Origami (a squid). So far no unicorn. There's much talk of a seventh ranger. 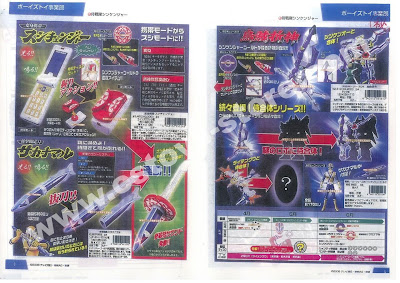