In Kamen Rider Ruki, there was Survive Modes only for Ryuki (Dragon Knight) and Knight (Wing Knight). There were other one splanned. Only some were revealed in toys and magazines. 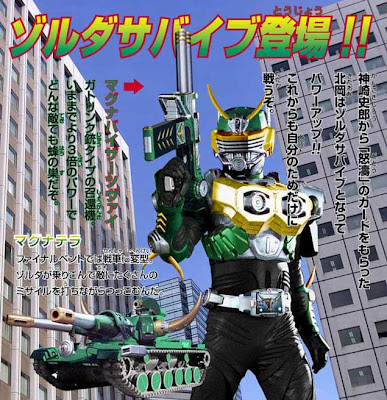 Kamen Rider Zolda Survive appeared in a magazine, we never saw it on the show, I don't know if this was official or not. 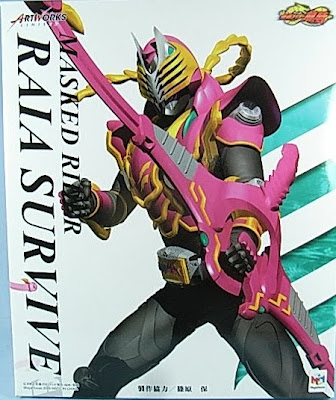 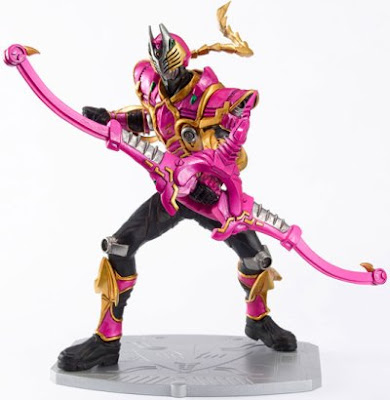 Kamen Rider Raia Survive is the only Survive Mode that didn't appear on the show to actually be released as a toy. It was designed by the guy who designed the Ryuki suits. 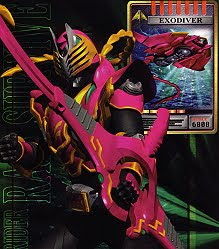 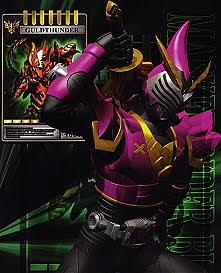 These were drawn by the guy who designed the Ryuki suits, I don't know his name. The one to the left is Raia Survive and the one to the right is what if Tezuka made a contract with Guld Thunder (the monster who killed his friend). Some believe the name would be Kamen Rider Blue, but I think maybe it would be Kamen Rider Blade, but neither make sense. 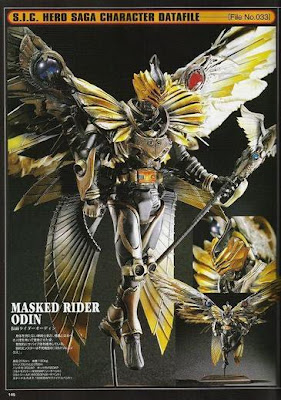 Above is Kamen Rider Odin Survive, not sure if it was for sale but it was made for the S.I.C. Series. Some of the S.I.C. are not available for purchase but only appear in magazines and cards.
The following four are fan renditions: 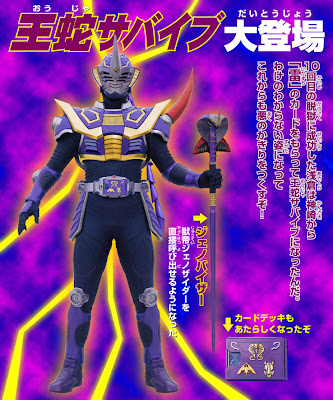 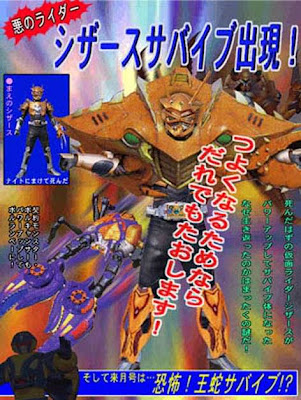 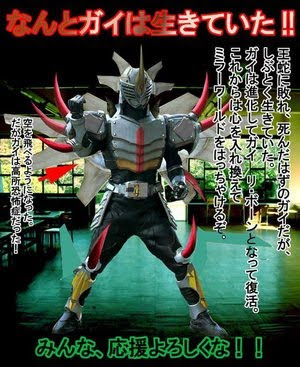 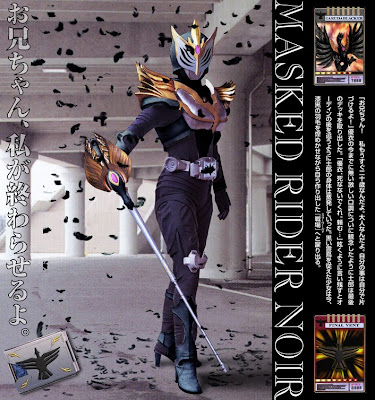 Kamen Rider Femme as Kamen Rider Noir, a dark version.
Posted by Lavender Ranger at 12:22 AM

Kamen Rider Scissors is just Crab Nejilar from "Megaranger vs Carranger", repainted and made into armor. Did they learn suit recycling from Saban?

I love how beautiful and elegant Odin looks!!!! Scissors just looks really stupid. I actually have a picture saved with that picture of Femme copied and pasted into it and I was wondering why parts of it were blackened out. Now I see the feathers.

yes true, it's a fan made. Look closely there were saome blank spot, that was used to edit. See at FEMME, if you look both the original and fan made, then you will find the area half black, and half white. the original white area is replaced with black, but... there are a mistake in the color line. so i can see if that was edited, not officially.

I want the cards pics