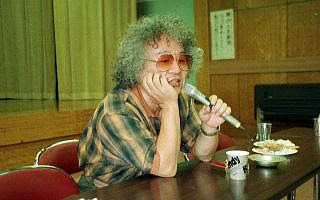 He was born Shotaro Onodera in Tome, Miyagi, and was also known as Shotaro Ishimori before 1986, when he changed his family name to Ishinomori. Cyborg 009, created in 1963, became the first superpowered hero team created in Japan. Skull Man was a manga series created by Shotaro Ishinomori which first appeared in Shōnen Magazine in 1970 and immediately caused a sensation, selling over 1.5 million copies. While the TV series Kamen Rider was still in development, Ishinomori, who created that series with producer Toru Hirayama, made this manga as his own personal version, which the producers at Toei Company Ltd. used as the basis for the show. Several changes in content were made, as this 100-page one-shot story was too dark and gruesome for a children's show. He created Kamen Rider in 1971 produced by Toei Company Ltd. The success of Kamen Rider led to the birth of the Henshin (transforming) superhero. 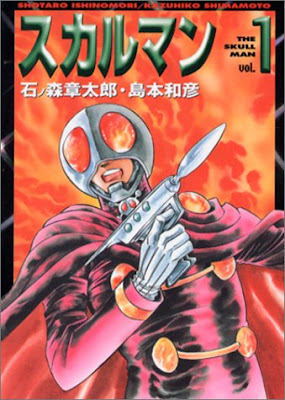 The cultural impact of the series (Kamen Rider) in Japan resulted in Akimasa Nakamura naming two minor planets in honor of the series: 12408 Fujioka, after actor Hiroshi Fujioka, known for his portrayal of Takeshi Hongo/Kamen Rider 1, and 12796 Kamenrider, after the series itself. At the end of 1997, Kazuhiko Shimamoto, a young and up and coming mangaka was contacted by an increasingly ill Shotaro Ishinomori and asked if he would do a continuation (though more along the lines of a remake) of his 100-page, one-shot manga from 1970, Skull Man (above). Ishinomori died of heart failure on January 28, 1998 just 3 days after his 60th birthday. His final work was the tokusatsu superhero TV series, Voicelugger, televised a year later. Two years later, the Kamen Rider Series would be revived with Kamen Rider Kuuga. All of the series made in the Heisei period credit Ishinomori as the creator.

His work posthumously awarded him the Guinness World Record for most comics published by one author, totaling over 128,000 pages. A manga adaptation of Kamen Rider was also featured in Shōnen Magazine around the same period. It is also rumored that the late Shotaro Ishinomori was outraged about how Saban edited some Kamen Rider footage (mostly the parts too violent for US children) for Masked Rider.
Posted by Lavender Ranger at 9:45 AM