Motorcycles are very essential to Kamen Rider, even thoug they are not as focused on in Heisei Era as they were in the Showa Era, cycles are still part of the DNA of the Kamen Riders. I am only covering the motorcycles. 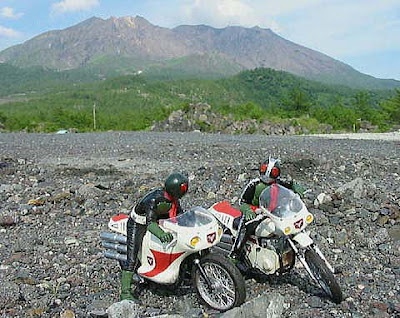 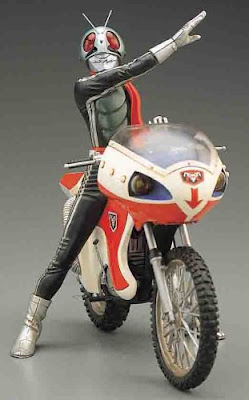 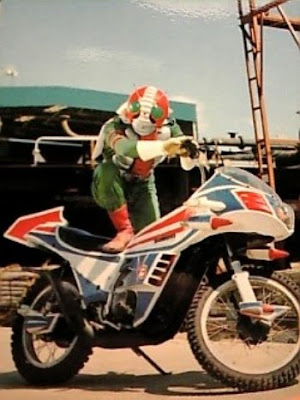 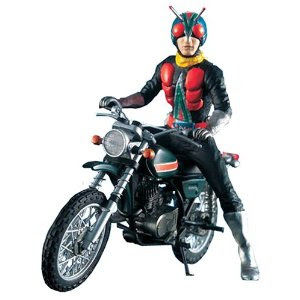 Cruiser
The Cruiser is X-Rider's motorcycle, able to travel land, sea, and air. X-Rider can use the Cruiser to execute the "Crusier Big Loop"/"Crusier Attack" combo to take out his opponents.

Jungler
Jungler is Amazon's motorcycle, built by Tobei Tachibana based on design specs provided by Kosaka from his journey into the Amazon. 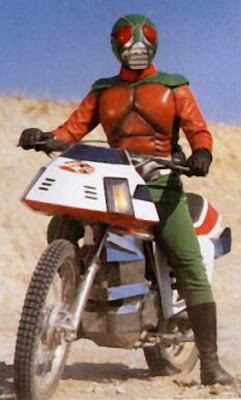 Sky Turbo
The Sky Turbo is Skyrider's motorcycle and can perform the Rider Break. 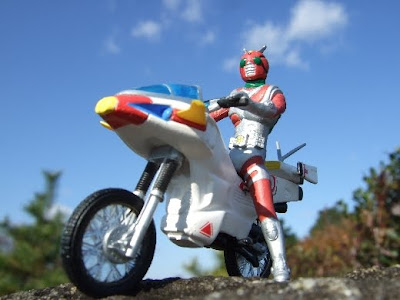 Battle Hopper
The Battle Hopper is a living motorcycle created by Gorgom, made specifically for Creation Kings Black Sun and Shadow Moon.

Road Sector
The Road Sector is a motorcycle created by Yoichi Daimon for Gorgom. 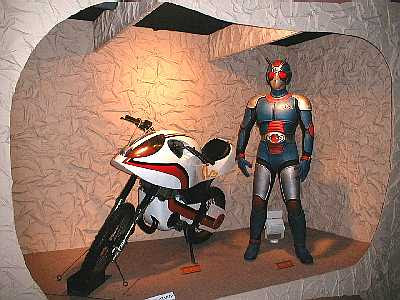 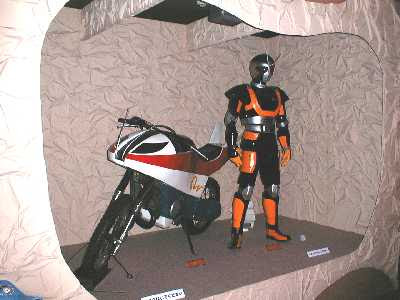 Acrobatter
Acrobatter is the revived version of Black's old motorcycle, the Battle Hopper in response to Black's transformation to RX. It had a bug form in Saban's Masked Rider. It became Roboizer for RoboRider with two Balkan Gun blasters mounted at its rear and the Mach Jabber for BioRider.

Ridron
The car of light, Ridron. Able to reach speeds up to 1500 km, Rideron can travel over land and sea. It had a male voice, in Saban's Masked Rider, it had a female voice.
Posted by Lavender Ranger at 7:27 AM

Didn't Acrobatter take on new forms with each of Black RX's upgrades?