S.I.C. stands for Super Imaginative Chogokin, it started in 1998 and it was originally for statue figures with high-end paint job and even die-cast 'chogokin' ornament parts. They were sculpted from re-imagined designs of the old 1970's characters created by Mr. Ishinormori. It started out with Kikaida and then followed by Kamen Riders, Robot Detective K and Inazuma. The series seem to change direction with the release of Vol.11 Sidecar & Kikaida in 2001. With Vol.13, Bandai released Kuuga in S.I.C style with changeable armors and continued to do recent Riders. S.I.C. figures are mostly sculpted by Takayuki Takeya and Kenji Ando. 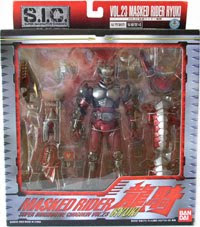 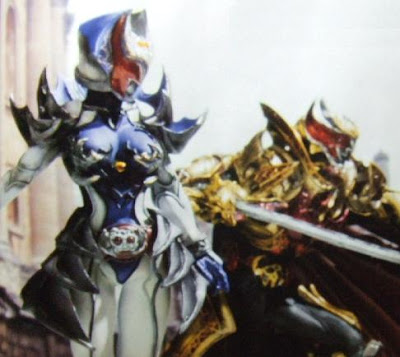 Kamen Rider Kivara in magazine for a story, not officially for sale. 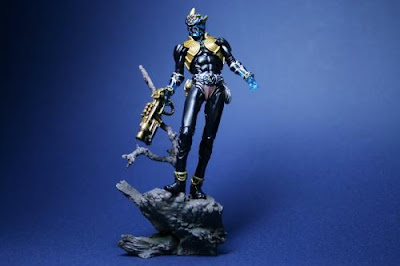 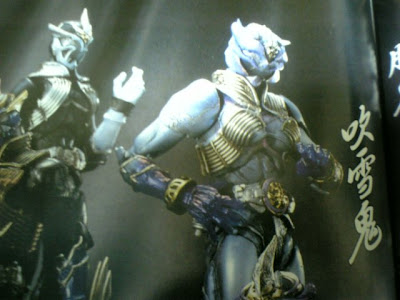 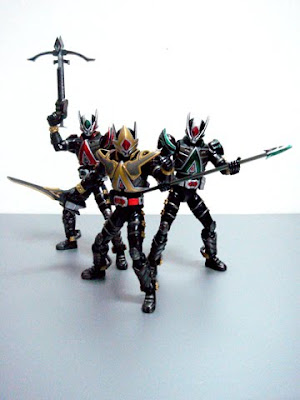 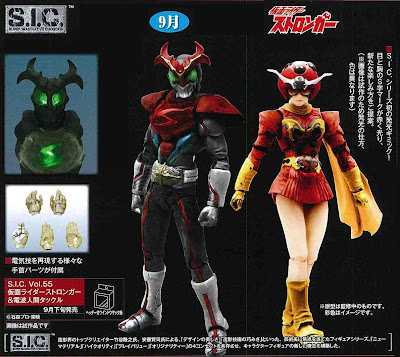 Above is Stronger and Tackle sold together. Most S.I.C. are two packs. 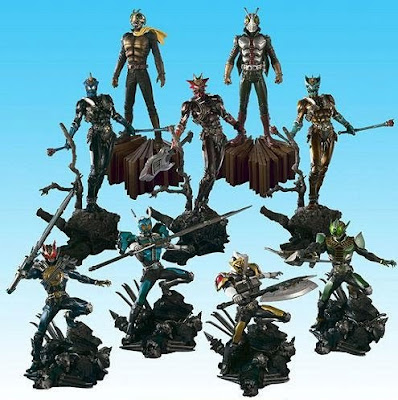 Due to its overwhelming popularity, many spin off lines were created. The first of which is S.I.C. Takumi-Damashii which essentially are small figurines based on their S.I.C. counterpart. A similar S.I.C. line based on the tokusatsu show GARO was created in 2006, called Equip and Prop. Another Line is called Rangers Strike Solid, It was released on March 2007, It Is similar to the S.I.C. Takumi-Damashii but their poses were based on a card line by Cardas itself & it was dedicated to the long-running Super Sentai. I personally have Den-O Gun Mode, it's awesome.

Some pictures from Micro Forever.
Posted by Lavender Ranger at 5:14 PM