What Are The Heisei and Showa Eras?

I know I've asked this before and many might be asking, what is the Heisei Era or what is the Showa Era that Kamen Rider fans have been mentioning for such a long time? 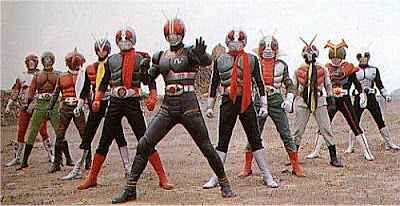 Showa Era
The Showa period (Showa Jidai, literally "period of enlightened peace"), or Showa era, is the period of Japanese history corresponding to the reign of Emperor Showa, from December 25, 1926 to January 7, 1989. The first show was first meant to be an adaptation of Skull Man, Ishinomori and Hirayama redesigned KR to look like a grasshopper, allegedly chosen by his son. During the filming of episode 10, Fujioka was thrown off his motorcycle during the filming of a stunt and shattered both of his legs. Hayato Ichimonji was introduced in Ep 13 to replace him. After Kamen Rider Stronger, there was a 4 year hiatus and the series returned to TV in 1979 for two years with The New Kamen Rider (featuring Skyrider) and Kamen Rider Super-1. In 1987, Kamen Rider Black started and it was the 1st series that neither indicated nor hinted any relationship to its predecessors. Black was also the first show to have a direct sequel, Kamen Rider Black RX. All Showa Riders gained their powers through some form of surgical alteration to their bodies. Many fans classify the movies of Shin, ZO and J as part of the Showa series as they treat Ishinomori's passing the pinnacle of the Showa era. 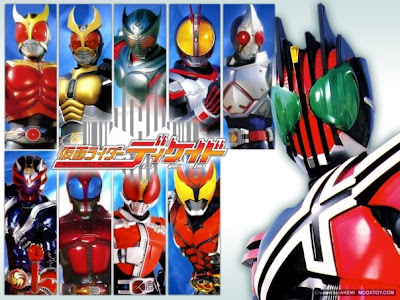 Heisei Era
Heisei is the current era name in Japan. The Heisei era started on January 8, 1989, the first day after the death of the reigning Emperor, Hirohito. His son, Akihito, succeeded to the throne. Heisei Riders are often 'different' by nature from normal humans (imbued with mystical powers, protagonistic kaijin, etc.) or are given access to advanced technology. The nature of the Heisei Riders also varies greatly; whereas early Showa Riders fought for justice and peace, there have been numerous Heisei Riders that have fought for reasons such as greed, revenge, the personal enjoyment of battle, and even as antagonistic characters. Kuuga (2000) was part of a Kamen Rider rebirth that Ishinomori had worked on in 1997, planning for a leadup into the 30th anniversary. However, Ishinomori died before he could see these shows materialize. Kamen Rider Agito, began several trends throughout the Heisei Series: multiple Kamen Riders (Agito featured 4); the ending theme playing during the climactic scene instead of the end credits (except for Hibiki); and the relationship to Honda for the Kamen Riders' motorcycles. Following Agito, Kamen Rider Ryuki began the relationship with the record label Avex Group and its artists to perform theme songs for the series, as well as the introduction of the group RIDER CHIPS, deemed the official band of Kamen Rider.

Posted by Lavender Ranger at 12:22 AM