Motorcycles are very essential to Kamen Rider, even thoug they are not as focused on in Heisei Era as they were in the Showa Era, cycles are still part of the DNA of the Kamen Riders. In Kamen Rider Dragon Knight, the Riders had a whole lot of personal motorcyles. But only Dragon Knight and Wing Knight's bikes changed into these forms when they were transformed. None of the other Riders road their motorcycles while they were transformed, other than Strike. 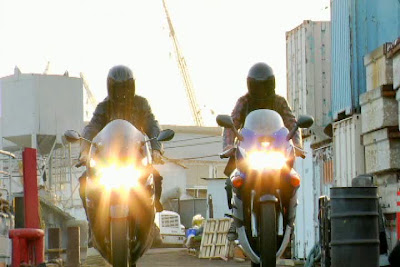 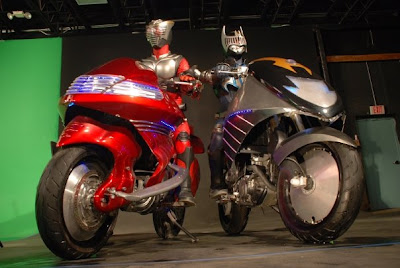 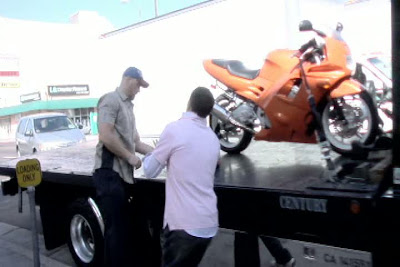 Richie's Bike
The Earth Incisor Kamen Rider, Richie, had a bike but we never saw it in action. We saw it later with the Cho Brothers, taking parts from it, but that's all we saw of it. It was an all orange bike, I don't know what kind it is, all I know from my source who worked on the show was that the bikes were not rented but they bought them. 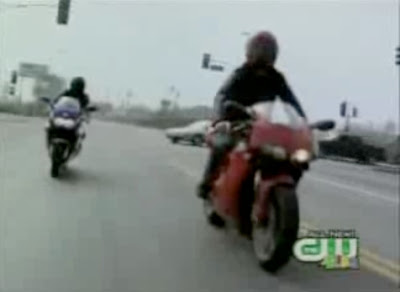 Drew's Bike
Drew, the Earth Kamen Rider Torque had a red bike, I would have liked if his bike was green. Even though it would be criticized that the Power Rangers had color-coded things but the Kamen Riders were hard to keep track of. The only Earth Rider who didn't have a bike was Camo. 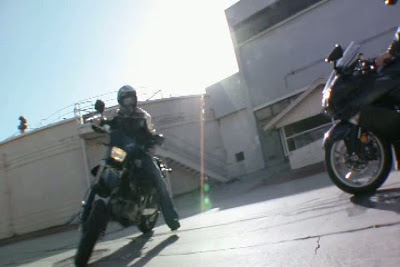 Brad's Bike
Brad, the Earth Kamen Rider Thrust was a motocross racer and he had a thinner bike, I don't know what kind. 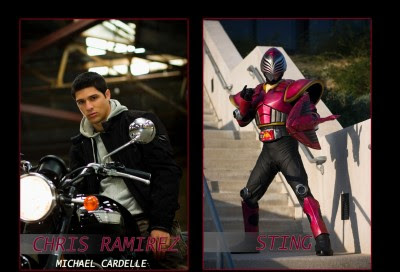 Chris' Motorcycle
We didn't see it much but it was black, I don't know what kind. 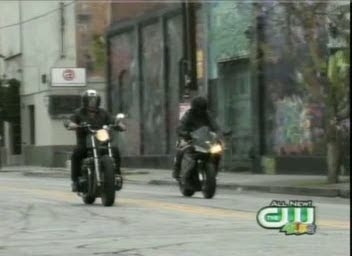 Vic and James' Motocycles
Above left is Xaviax in Vic Fraser's body/Wrath and right is James (JTC)/Strike. I couldn't find the picture of Strike transformed on is bike, he's the only Rider to ride his own bike when transformed. In the toys, they were planning to release a cool purple corba bike but it never was released. Vic's Bikes looked a bit like Chris'. 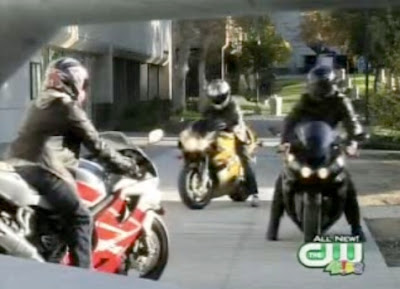 The Cho Brother Bikes
Danny/Axe and Albert/Spear had yellow and red bikes. They would steal parts from other motorbikes. 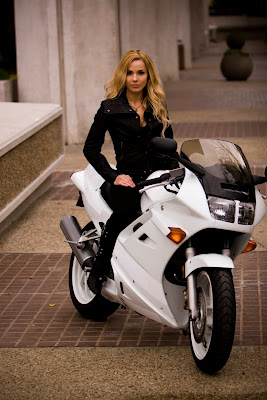 Kase's Motorcycle
A beautiful white motorcycle to match with Kamen Rider Siren as her armor was white. Unfortunately we never see her in her armor on the bike, that would have been cool.
Posted by Lavender Ranger at 7:27 AM