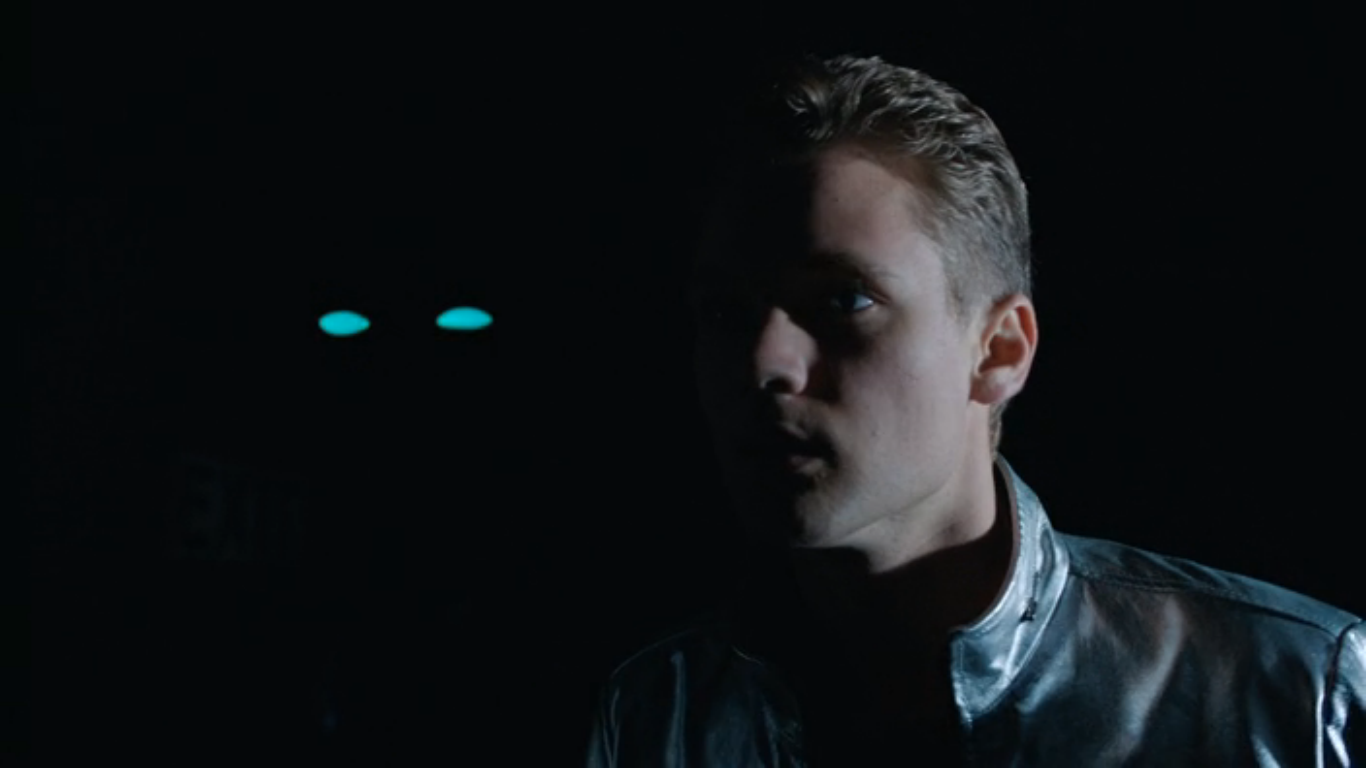 Episode Summary:
We see "Previously On..." talking about Vekar's death at the hands of the Rangers. Out of the rubble, Vrak takes out a blue feather, saying Vekar was a distraction. That he is prepared with his plan, a giant drill is planted on Earth. Orion gets garbage bags and says goodbye to Ernie, he hears a noise in the darkness of the mall and there are familiar glowing green eyes behind him that say "Surprise." Later Vrak has Orion unconscious draining his energy at his underwater base. His plan is to drain their Legendary powers to turn someone against them. Troy in his school bus gets out to see a giant drill, which is seen by the other Rangers, they are called by Gosei and they go to the quarry. 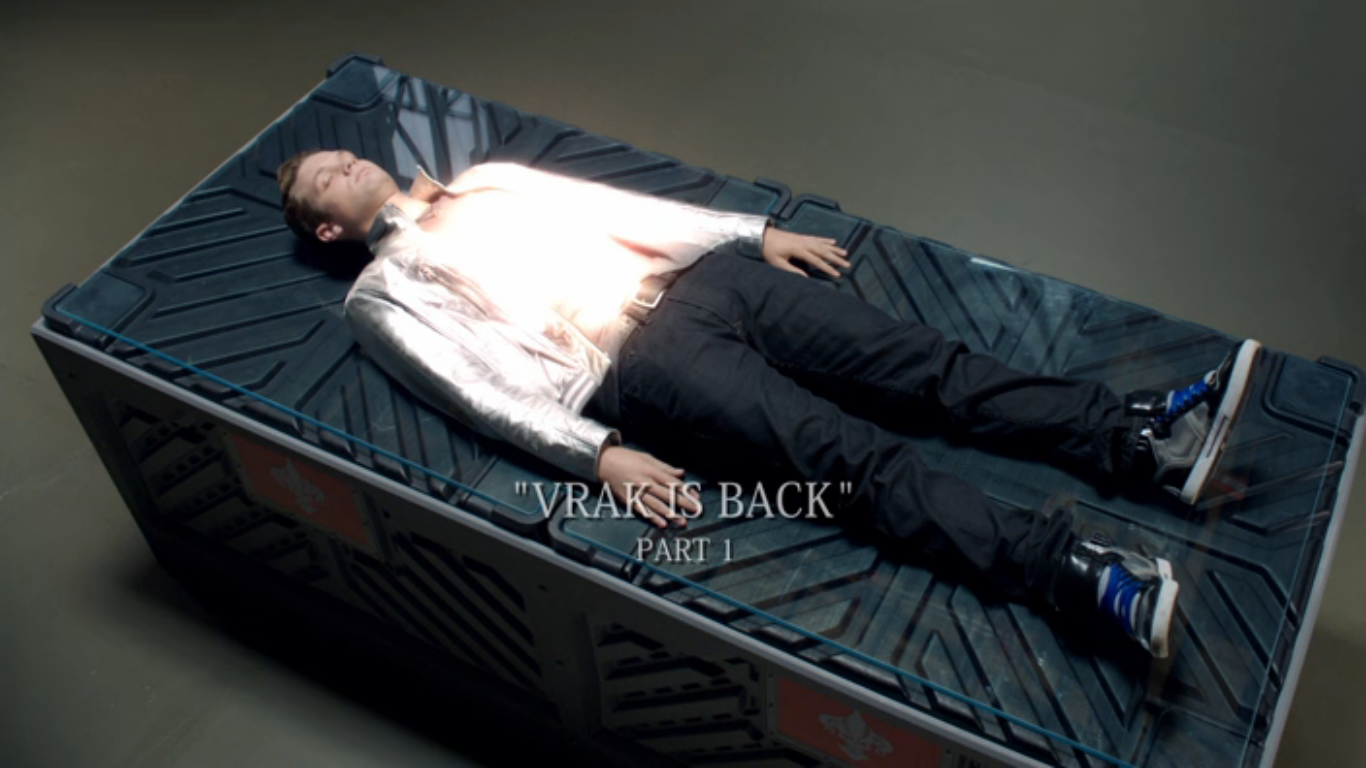 In the command center, the Legendary Ranger keys turn to stone. They meet with Vrak, which turns into his cyborg form. Vrak talks about his brother being a failure. Emma says how can you talk about your own brother in that way. Troy wonders where Orion is. They morph in Megaforce and use their cards and try hitting Vrak but he mirrors their attacks. Vrak says he is power incarnate, with his new alien power source. He changes through his modes and shows his true form. The Rangers try going to Super Mega Mode but it doesn't work. Vrak tells the Rangers what we already know about Orion and the rock keys. 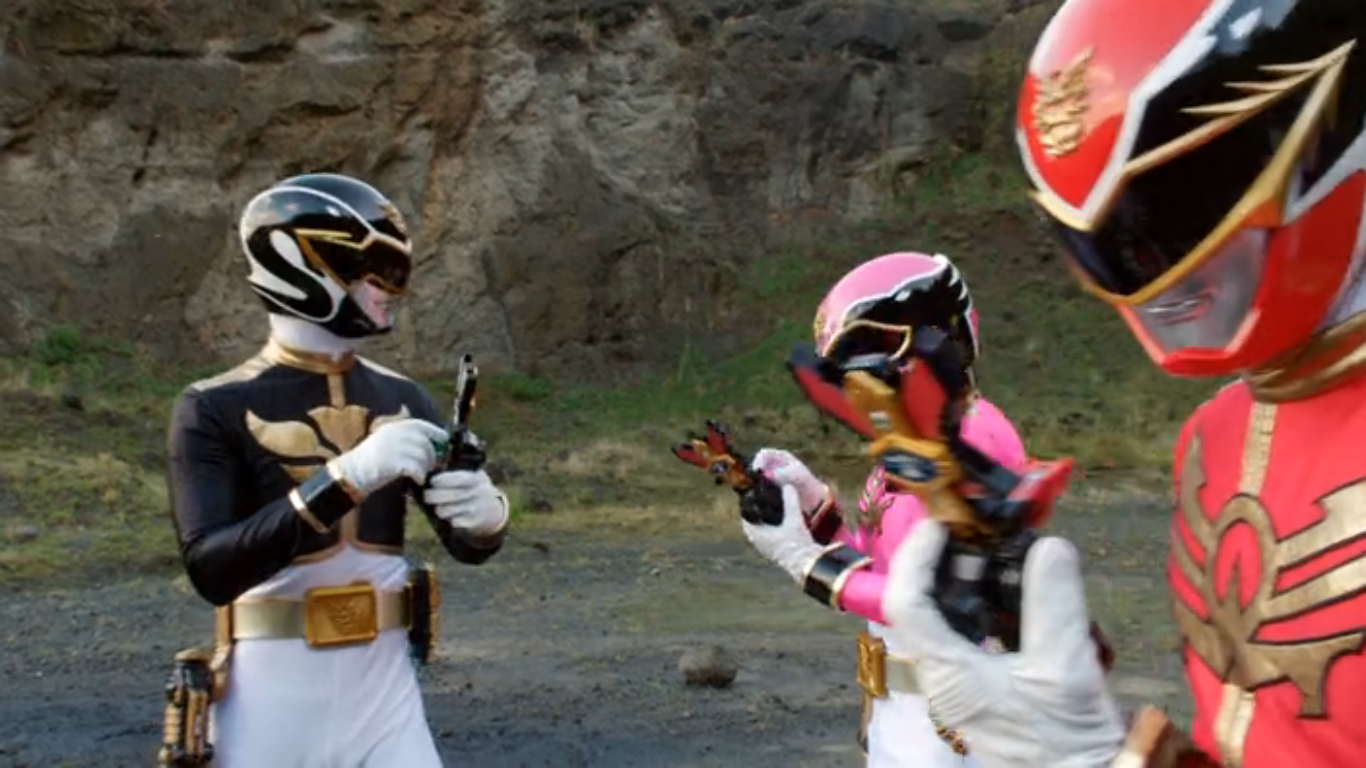 Orion will be drained of his life force and nothing will be left by an empty shell. (cool imagery) They form their blaster but Vrak blasts them before using it. They shoot their individual weapons with no luck. Troy fights Vrak. Troy does his sky strike but is pushed away. All the Rangers get blasted at. Vrak says they will get crushed like bugs, Troy mentions they killed his bug friends. Vrak knocks the Rangers out. They are all on the ground groaning. Vrak says someone else will destroy them. He takes out a little Lion zord, which Noah calls "Robo Knight zord." 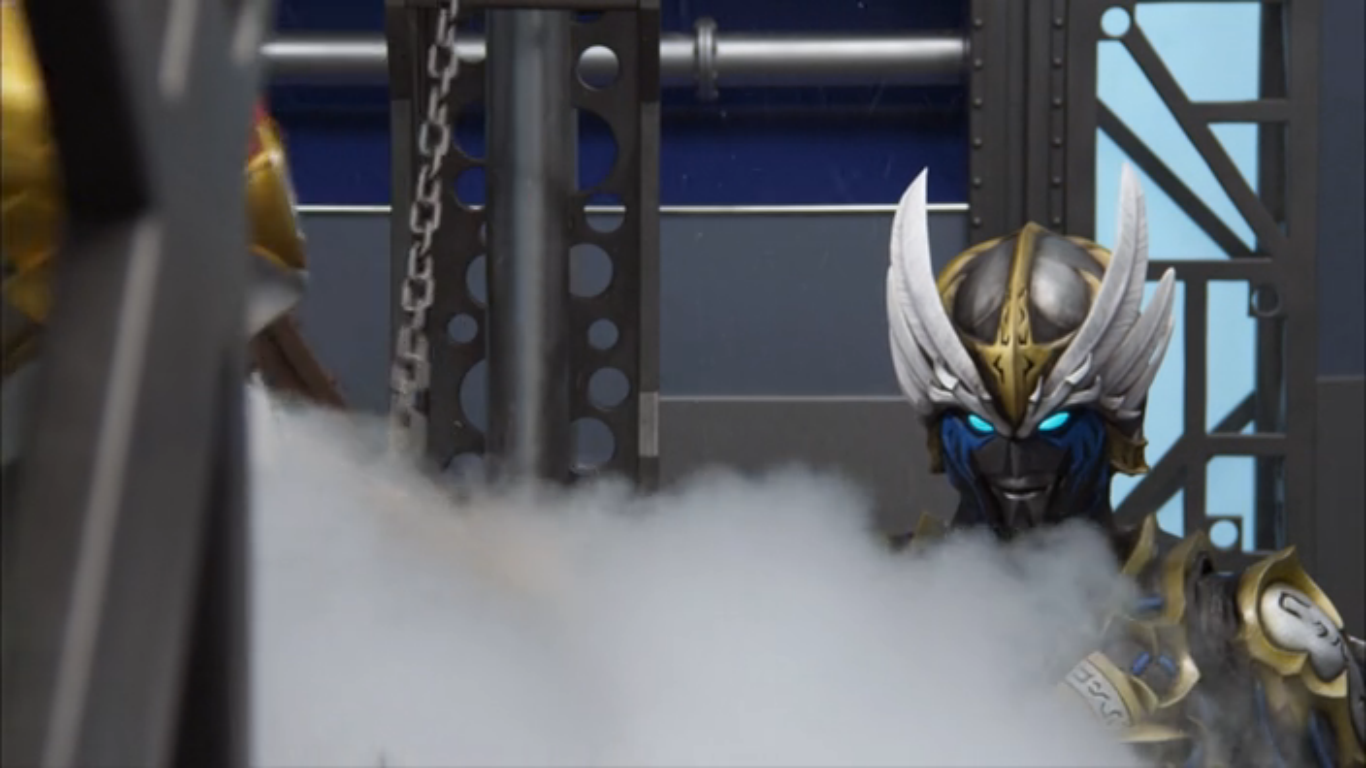 In Vrak's base, Robo Knight is chained up and suffering though a fog with black energy. Vrak says the sixth ranger power is corrupted and will reprogram him. Vrak calls two 'Commanders,' saying they were loyal to him. Dark Robo Knight walks towards to them (without red visor) and calls Vrak his lord. The Rangers walk into the command center and see the stone keys. Gia asks about Orion. Gosei says defeating Vrak is the only way to get Orion. Troy says Vrak is one step ahead of them. At the pier, the Rangers meet Vrak and the two Commanders appear and turn into arm gauntlets. 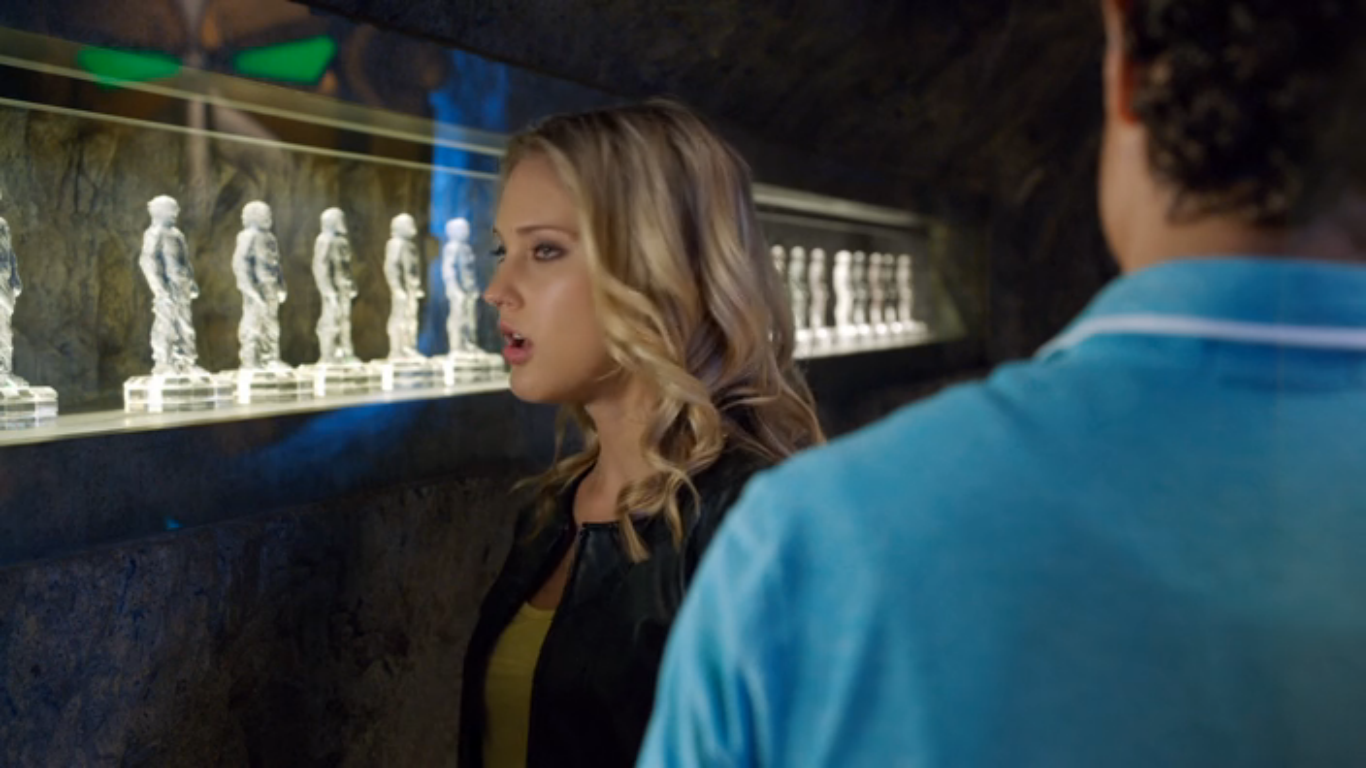 The Rangers use their cards but no good. Vrak says Orion doesn't belong on this planet, saying he'll use his Legendary powers. Robo Knight arrives, shocking the Rangers. Emma and Jake say they must save him, they go forward and Robo Kngiht stops them with his sword. He says he is eliminate the protectors of Earth, that Vrak showed him another way. Noah goes forward and Robo Knight holds him up by the neck and throws him. He fights the Rangers. Vrak says they haven't suffered enough, he wants to see them see the drills destroy their planet. They de-morph, Troy says he can't believe after all this time, they have to fight Robo Knight and they'll go Ultra. 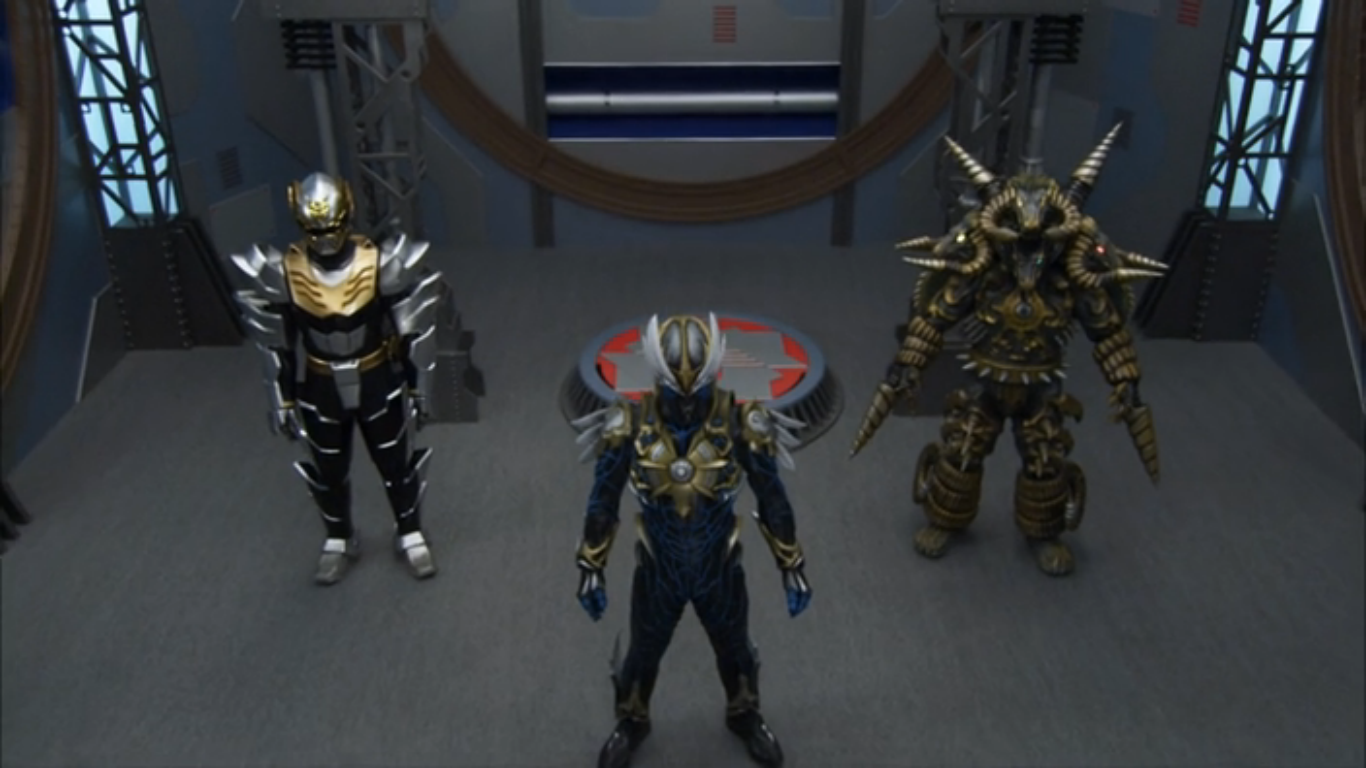 Vrak plans a drill at the sea and the Rangers in Ultra Mode face him. Emma says Vrak is a coward to let Robo Knight fight him. Robo Knight blasts at them. Troy tries speaking to him, Vrak says their friend is gone. Noah charges towards Vrak but is kicked down. Robo Knight and Noah fight. The Rangers go to help but one of the monsters face them. Vrak says every time they use their Ultra powers, the monster will take it. Noah attacks Vrak but is knocked down again. Vrak has two orbs, powers he stole from Orion and talking to Noah about science. The monster blasts the Rangers down. Noah says Orion and Robo Knight's powers are good. Vrak says nothing will be left. 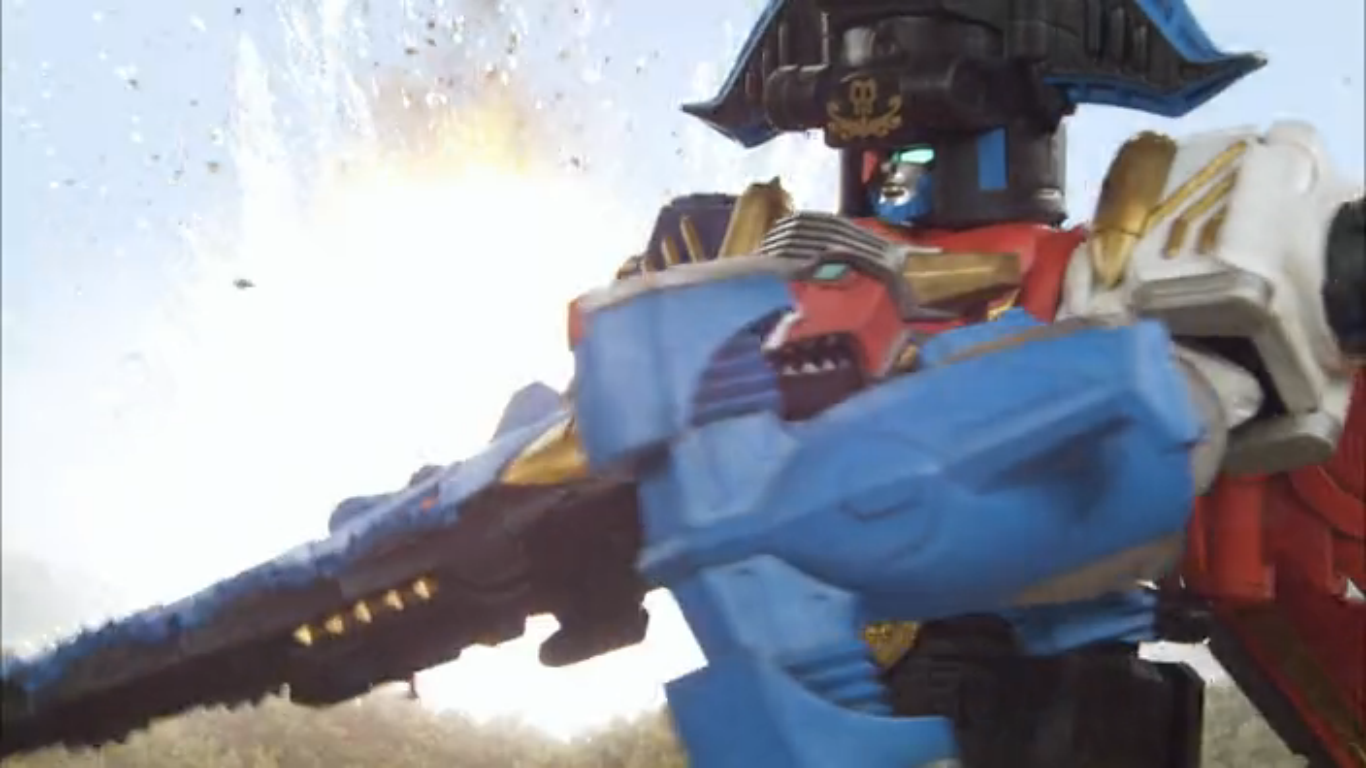 Vrak and Noah battle. The other four do attacks on the white unicorn-looking Commander. Noah slashes Vrak and hurts him. Vrak calls Zombats to make the monster big, he leaves with Robo Knight. The Rangers call their Mechazords after a year (Jake saying they still rock). They form the Sea Megazord and attack the monster. They do Victory Charge attack and the monster absorbs the powers. They destroy the monster. Vrak sees this from his lab. The monster becomes a drill in the sea, the Rangers freak out. Vrak laughs at his success. 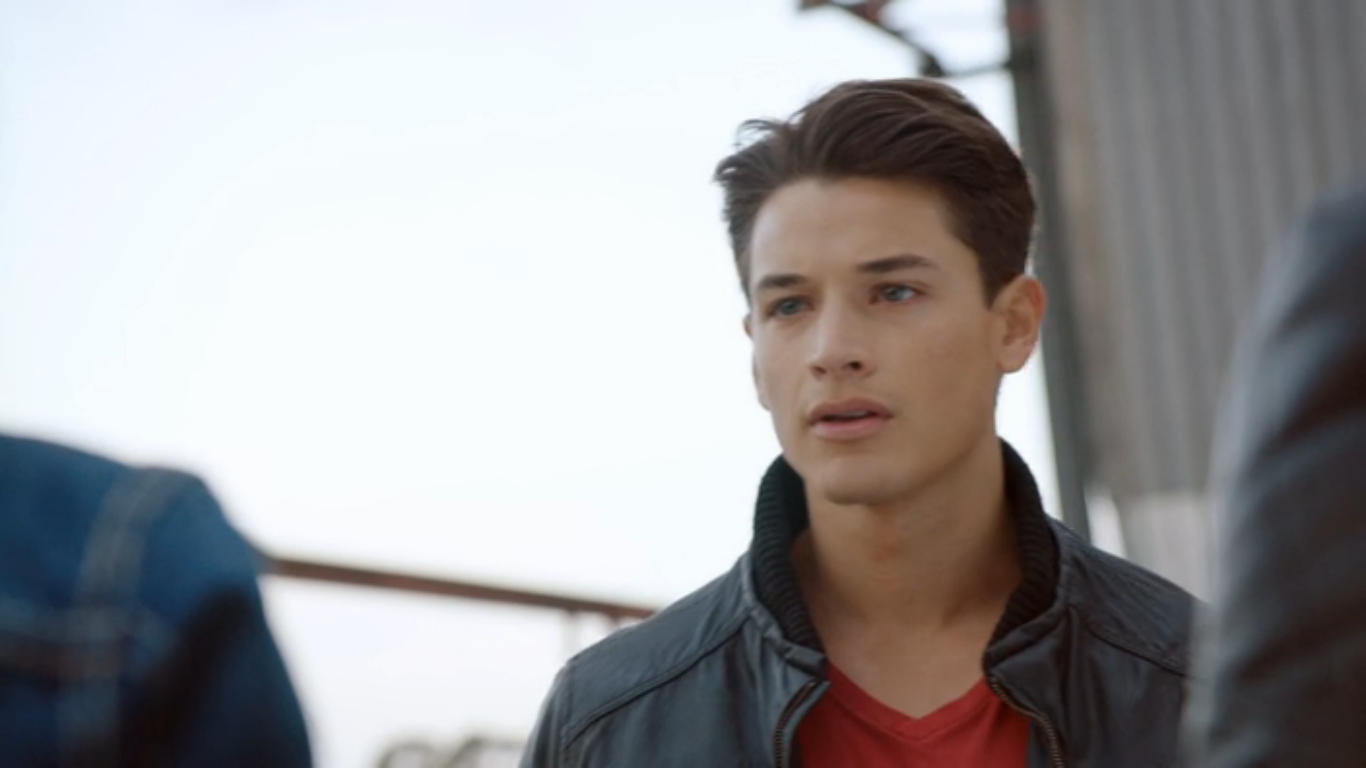 Episode Review:
Fans have complained that there is no Gokaiger footage in this episode and it is mostly Goseiger. Basically it interrupts the Gokaiger footage and finishes the Goseiger story. And it had a lot to cover so the first part come off running, giving Orion one or two lines and immediately knocking him out. It would had been nice if the Rangers had mentioned Robo Knight before. Or even had Gosei explain why they had to go to the quarry. The crowds of people seeing the drills was a nice touch. But it would've been nice to see the Armada react to it or even try to interfere like they did with Professor Cog. 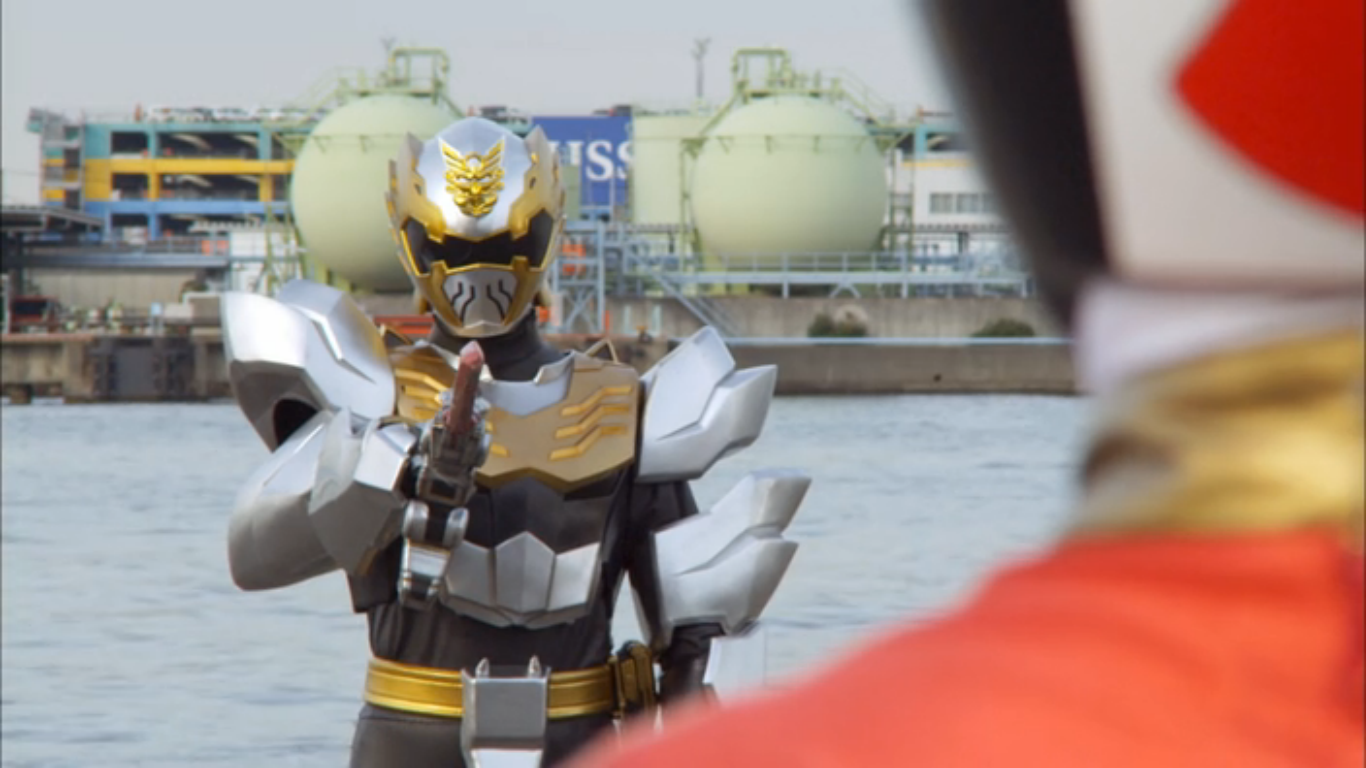 My nephew has been looking forward to 'Evil Robo Knight' for a whole year. He had seen Goseiger but of course, not understanding Japanese (which he calls Spanish--any language other than English is Spanish for him), he couldn't wait to see it in Power Rangers. I feel like this episode is like past Megaforce episodes in that it rushed the footage and not much human footage. Vrak and Robo Knight's voice actors do great jobs and I kind of miss them. In the dialogue, they tied Vrak to current characters like the Armada and Orion. One thing people didn't like was Gosei's voice running when Dark Robo Knight called his stuff, but I guess it's just a recorded voice. 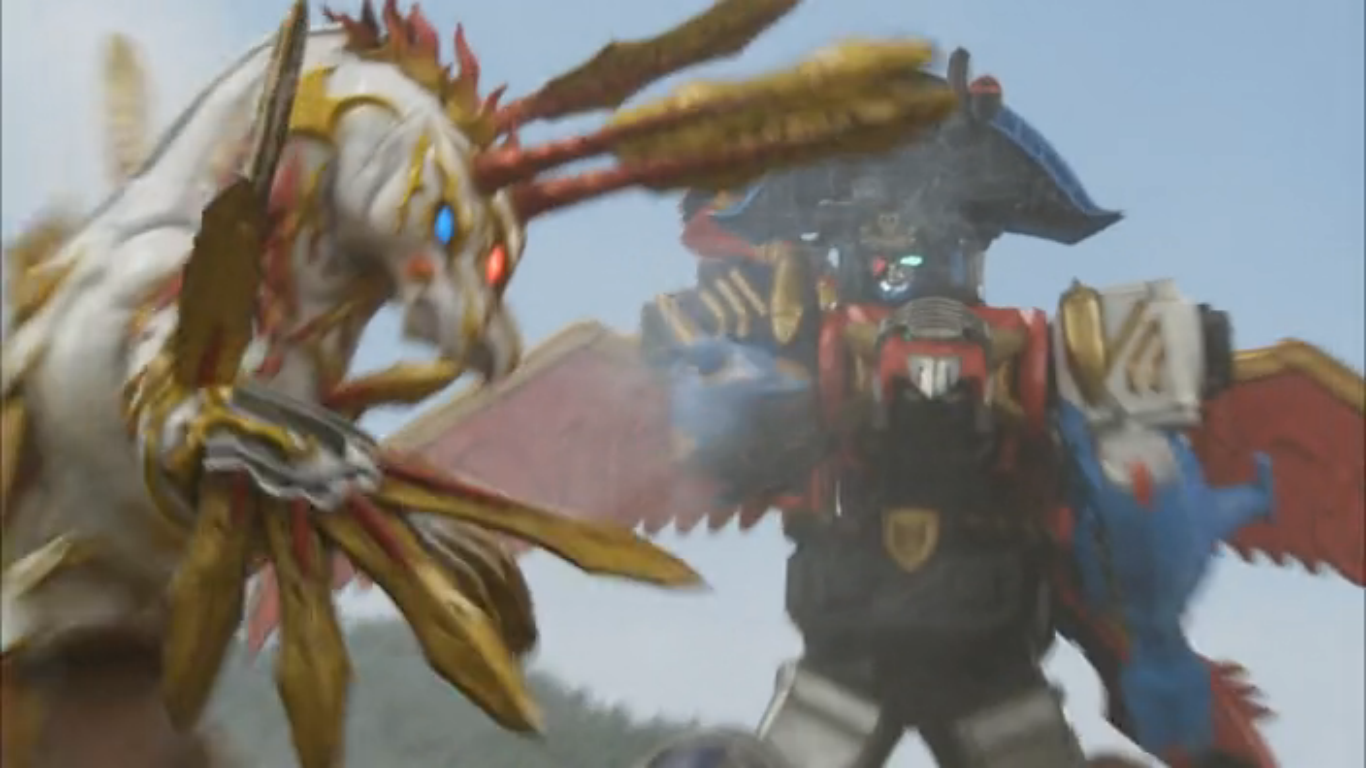 Also the use of the Mechazords... It is that they basically abandoned them. I thought it would've been better to  have had the Megaforce powers destroyed and not have the annoying Megaforce to Super Megaforce every ep but I guess they did it to excuse these two episodes. But basically this stalls the Super Megaforce storyline. I think they did this to tie in Vrak with Vekar but they could've just had this at the end of the first season.
Posted by Lavender Ranger at 12:31 PM No comments:

Razzle1337 has found new Dino Charge listings at Toys R Us and has given us names to Rangers, arsenal, villains, zords and other toys. These are tentative and might not be used on the show (reminds me of Megaforce's Lion Laser changed to Robo Laser on the show). 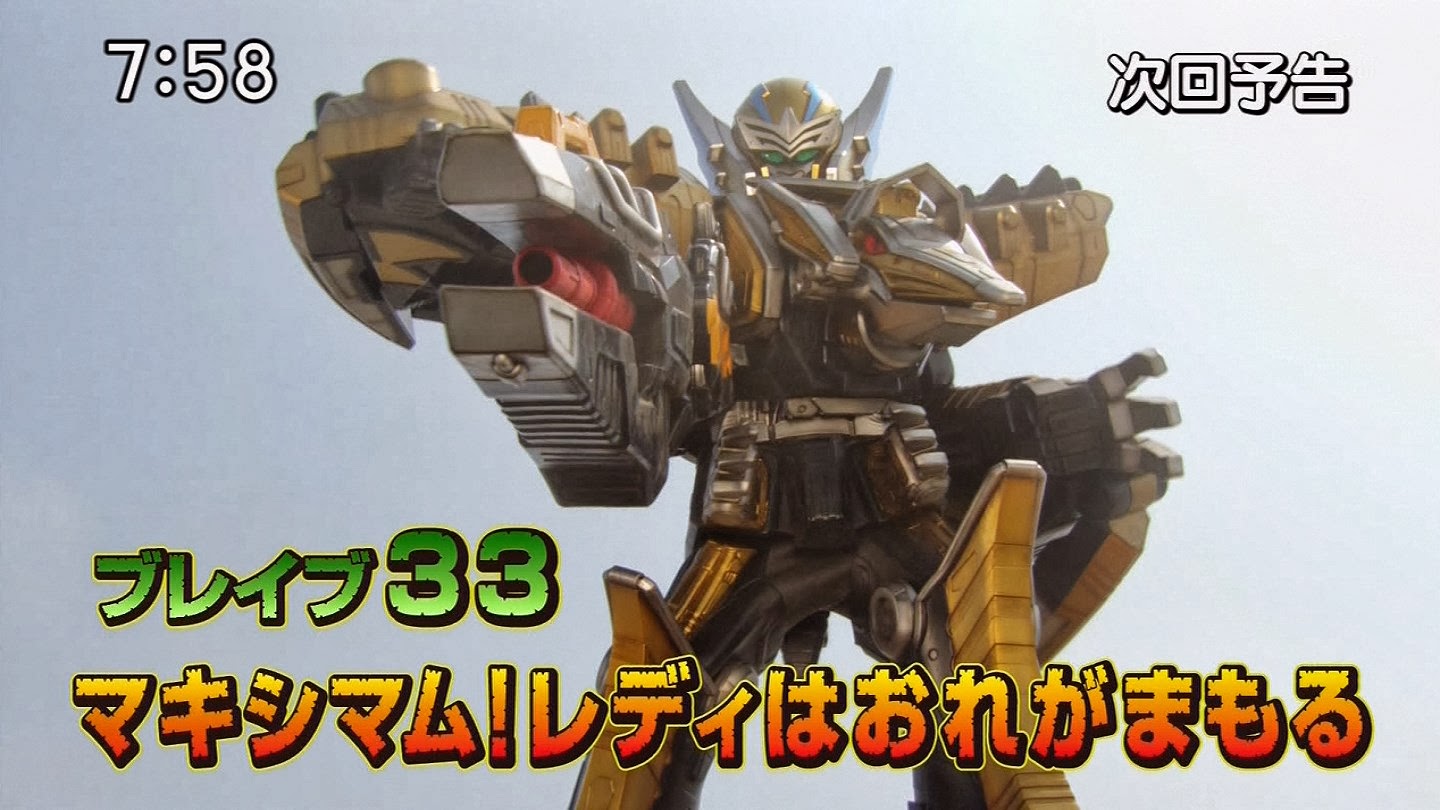 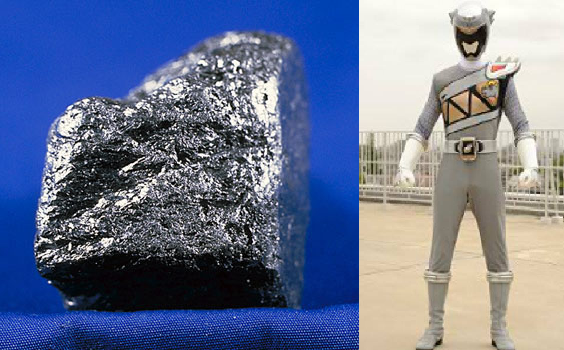 Razzle1337 guesses Ptera Charge Megazord is Pteraiden-Oh, Gold Ptera Saber is Zandar Thunder and Gold Ptera Morpher is Gaburichanger. Sledge might be the new original villain and everyone is a thunder over Graphite Ranger is probably Kyoryu Grey. Graphite is made almost entirely of carbon atoms, and as with diamond, is a native element mineral, and an allotrope of carbon. Graphite is the most stable form of carbon under standard conditions. No name yet for Kyoryu Cyan, if they are going for minerals, they might go for a gemstone like Aquamarine and Amethyst.

What would the others be?
Cyan - Azurite, Apatite, or Aquamarine?
Violet - Amethyst?
Silver - Diamond?
Navy - Sapphire, or Benitoite?

Razzle1337 has also found Pachy Zord which must be Kyoryu Grey/Graphite Ranger's zord Bunpanchy (Pachycephalosaurus) and a peculiar listing of Amnonite which must be a new zord based on one of the Zyudenchi/Dino Charges #20 Gurumonite. To be clear, by new zord I mean the toy and not anything new on the show, like the Zeo Zord in the Super Megaforce line. Gurumonite is an Ammonite, which are an extinct group of marine invertebrate animals in the subclass Ammonoidea of the class Cephalopoda. 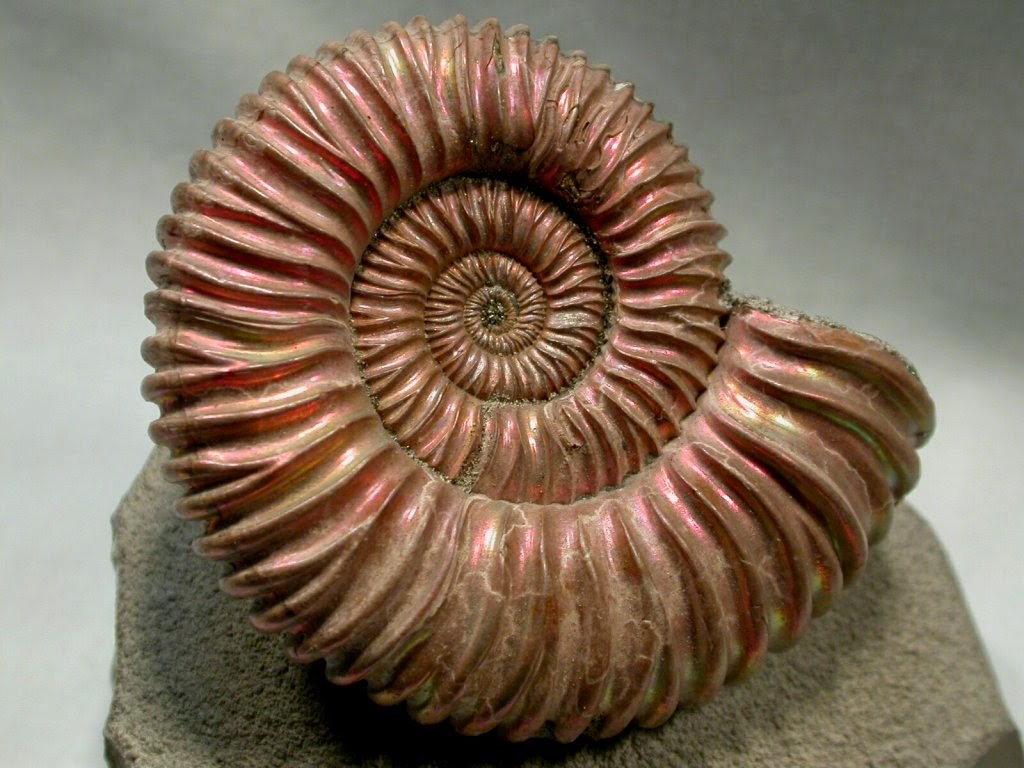 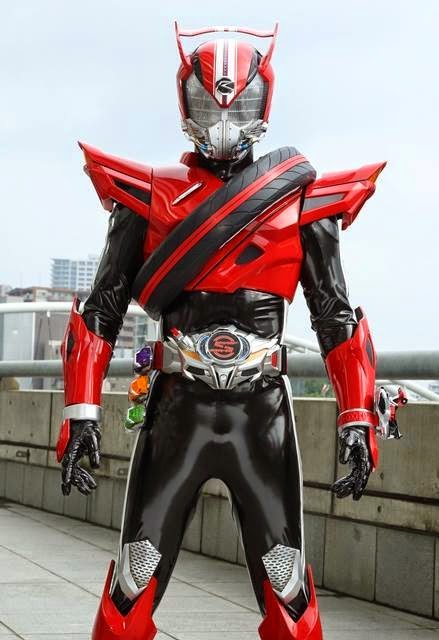 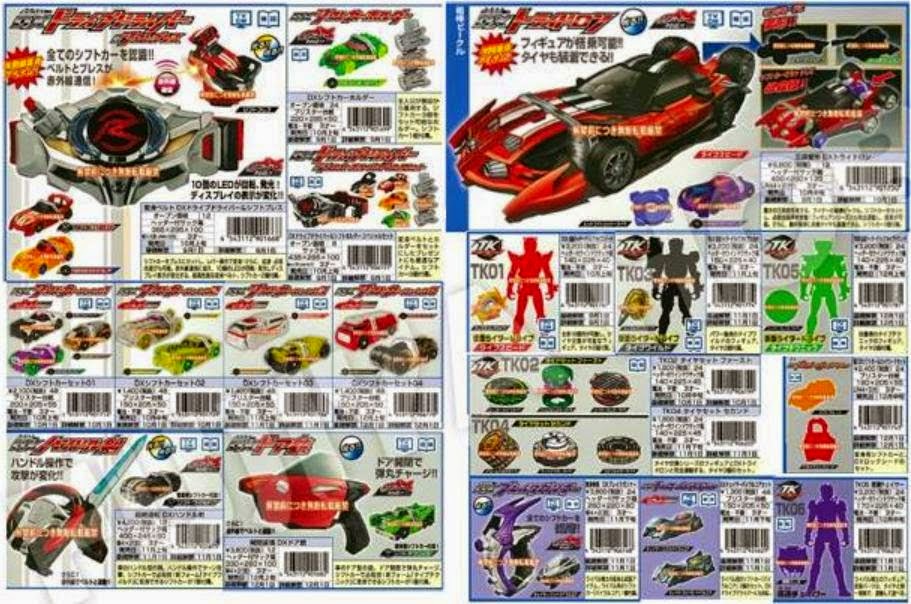 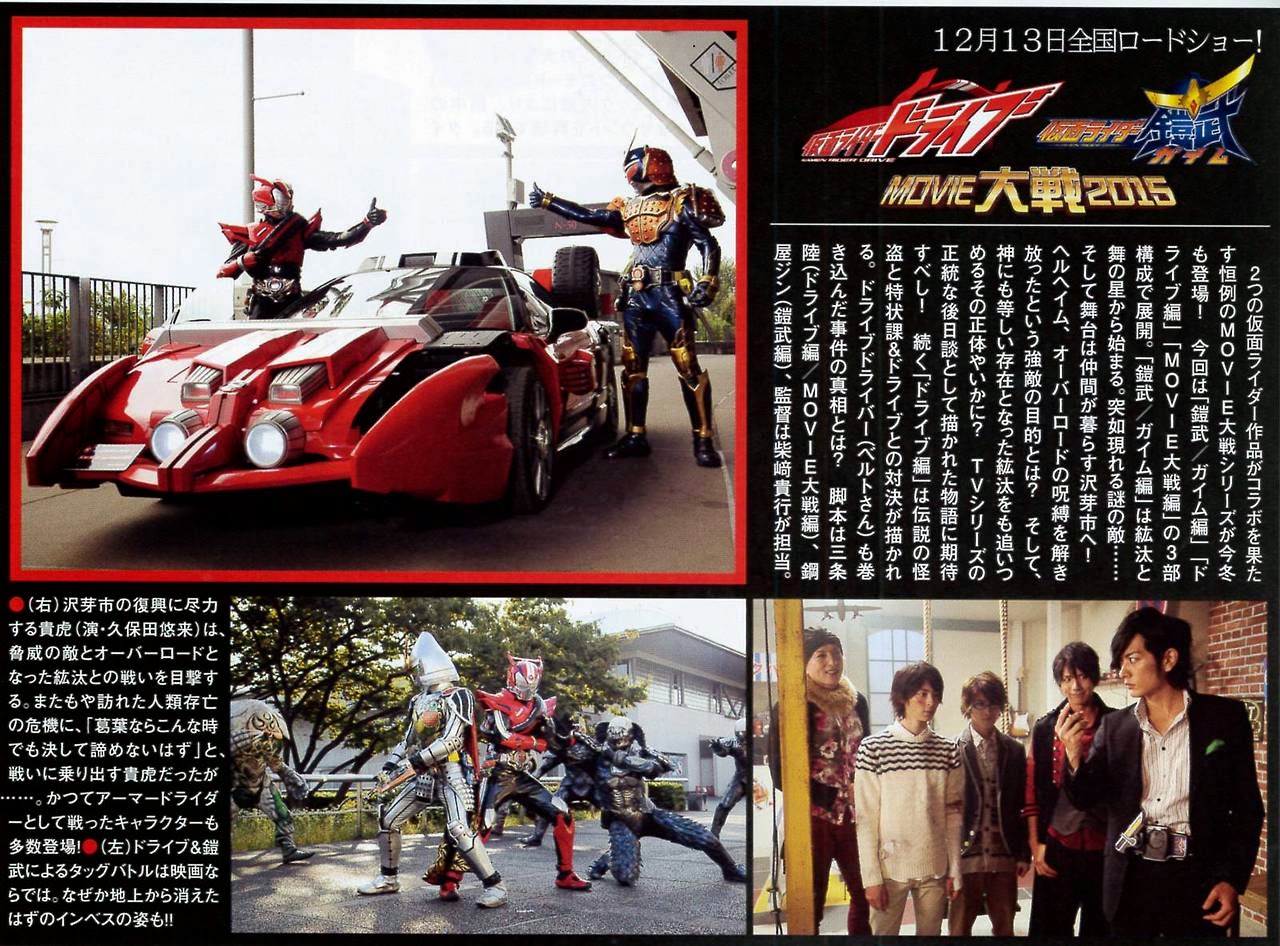 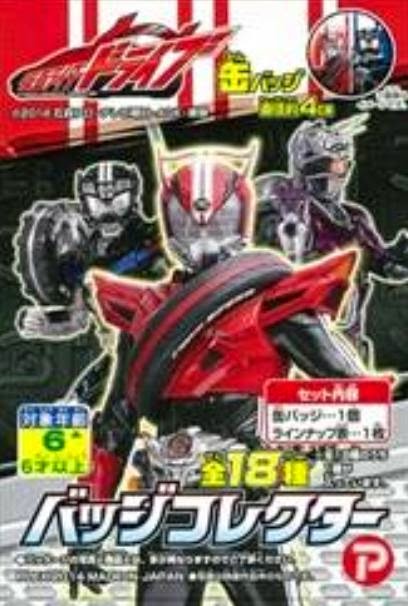 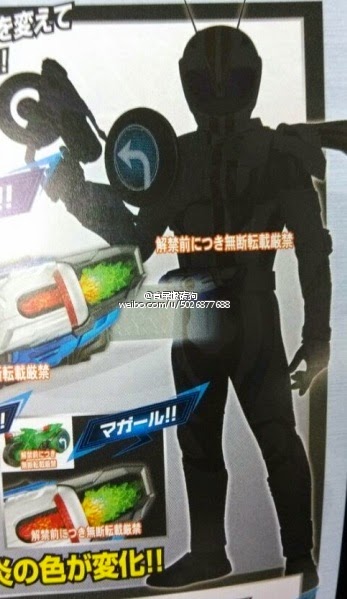 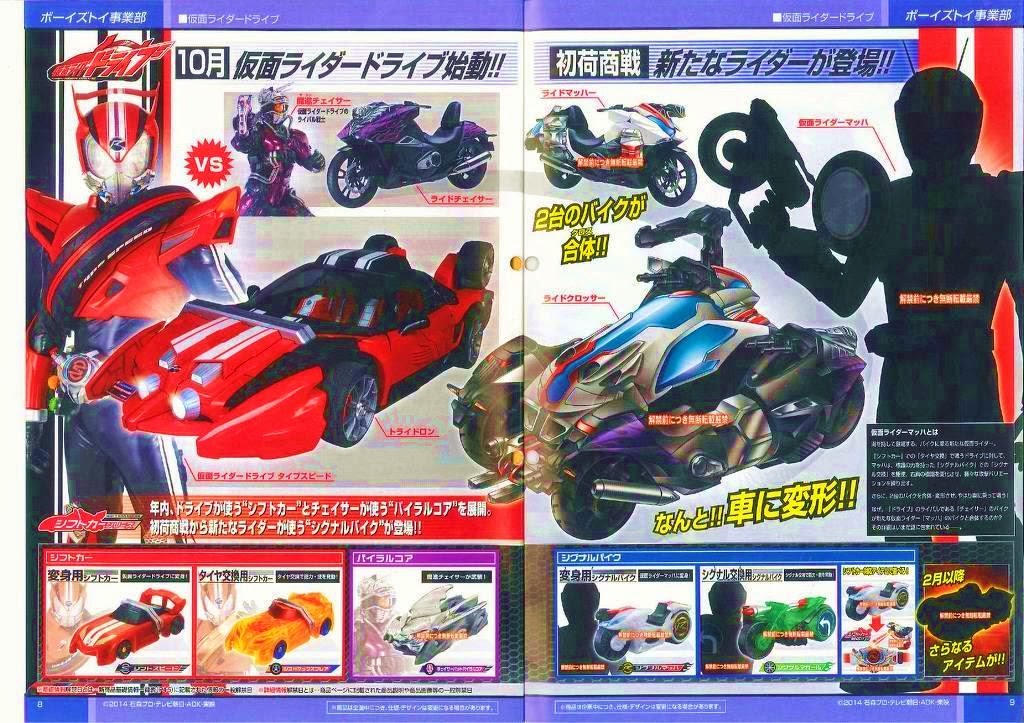 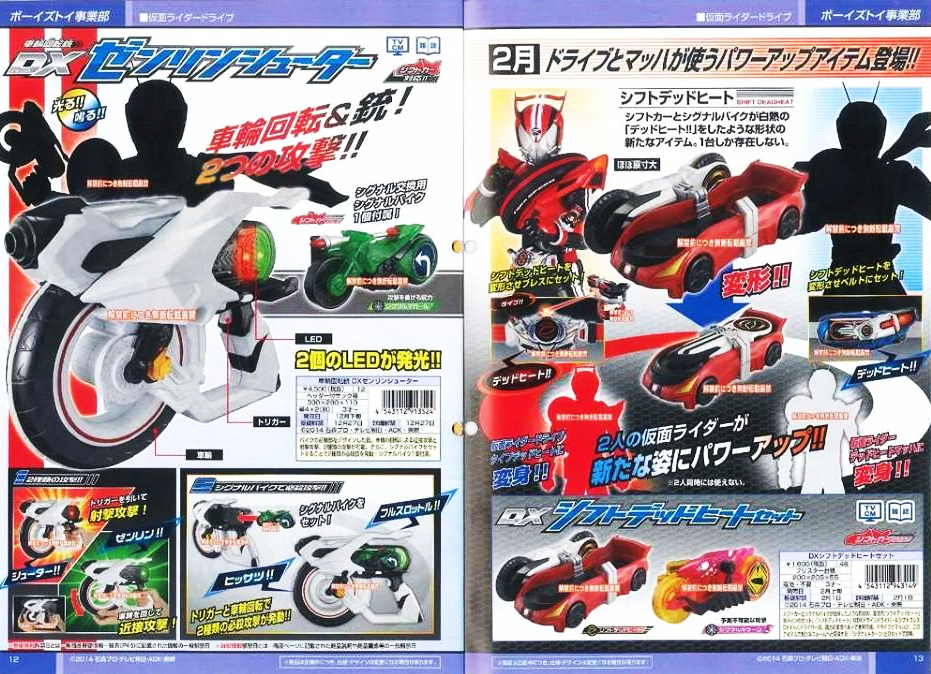 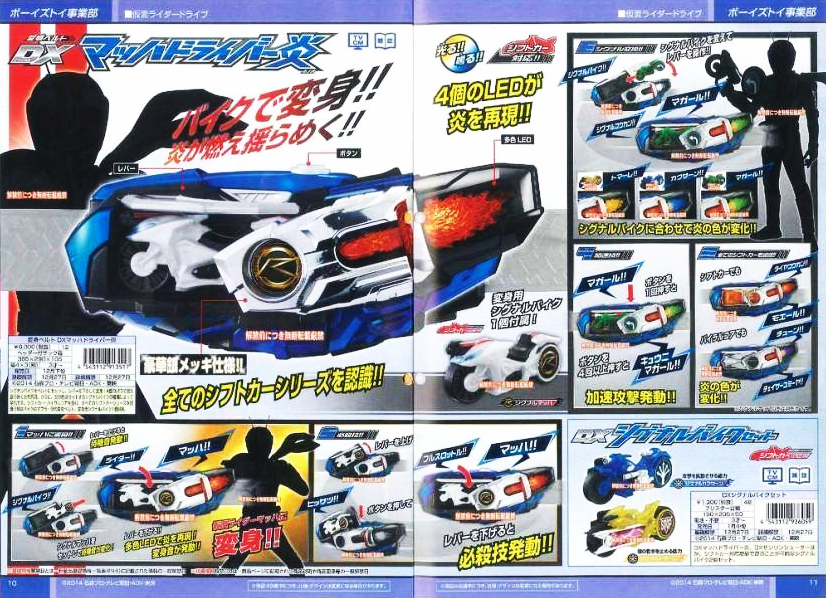 All the blogs and forums are a buzz about Toei copyrighting the title Shuriken Sentai Ninninger meaning the 2015 sentai will be ninja-theme, the third time in a row. Other times were Kakuranger (1994) and Hurricanger (2002).
Posted by Lavender Ranger at 4:43 PM No comments:

Poll Results: Your guesses for the new Fall Ranger Keys!!!

What Ranger Keys do you predict for Turbo B Set?

What Ranger Keys do you predict in PRDT B?
(Fan made AbareMax key above)

What keys do you predict in PRJF-B set?
(Dai Shi above is the Rio Ranger Key from Gokaiger)

What Ranger Keys do you predict for PRMF - B?

What Ranger Keys do you predict for PRSPD-B set?

What Ranger Keys do you predict for RPM - B Set?

What keys do you predict for MMPR - C Set?
(Above is a faked image of Armored Black)

What keys do you predict for MMPR - D Set?

I accidentally wrote "Legendary", I meant "Squadron" how Dairanger are called in Super Megaforce. I also misspelled predict as perdict, my apologies.
Posted by Lavender Ranger at 12:27 PM No comments: