More shooting images of Rita with her wand and the cast. The Rangers in civilian clothes are thrown back and fight. 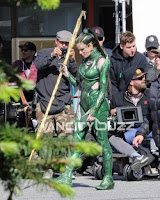 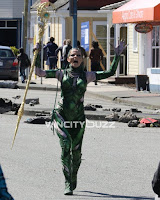 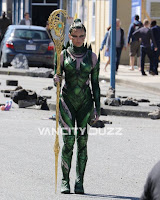 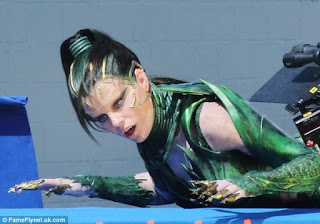 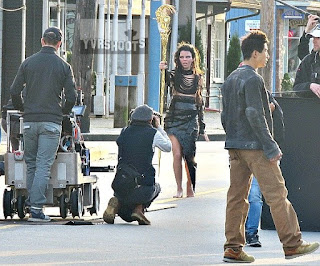 Rita has a second or (first) outfit which reminds me of Jen from the Time Force/Wild Force teamup mixed with Trakeena.
http://yvrshoots.com/2016/04/shoot-power-rangers-movie-films-rita-repulsa-elizabeth-banks-and-the-rangers-in-steveston-as-angel-grove.html#.VyKHIWf2bIW 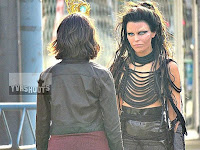 This appears to be Rita kissing Kimberly (Naomi Scott) but I doubt it, it could be her whispering something to her and even if she is kissing her, it could be a dream sequence.
﻿ 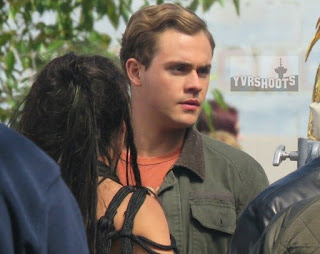 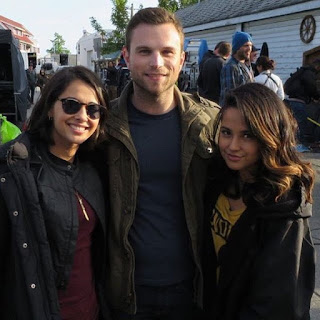 Here is fan Tom with Naomi Scott and Becky G. 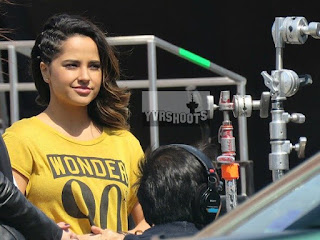 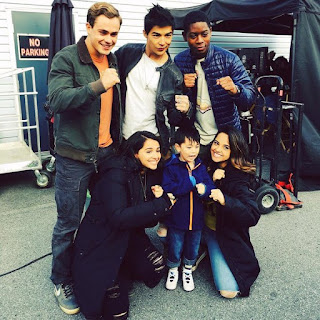 The Cast with fans
﻿
Posted by Lavender Ranger at 6:05 PM No comments: