Here are the latest rumors. The first batch is about the upcoming season of Power Rangers Dino Fury to start shooting soon and premiere in early 2021. The exact date is up in the air. Illumerdi has report that the cast is of five, three are male, and two are female.

https://twitter.com/MegaPowerBrasil is responsible for this pic 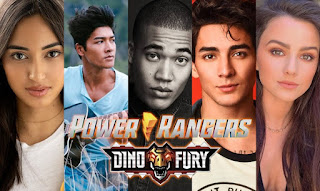 Russell Curry, Hunter Deno, Kai Moya, Alexandria Nuñez, and Chance Perez. The colors are unknown right now. Most people have supposed Kai is Black Ranger, Russell is Blue, Chance is red, Alexandria is green and Hunter is Pink. With Alexandria being a second female and there only being one female in Ryusoulger, fans have supposed green will become female much like the male Yellow Rangers became male in the past: Mighty Morphin, Lost Galaxy, Lightspeed Rescue, Time Force and Wild Force respectively. This would be a welcomed change but it is unknown if this is official at this point.

As for Lightning Collection, No Pink Spandex has reported rumors for upcoming sets. The sets sound exciting and hope they are true. 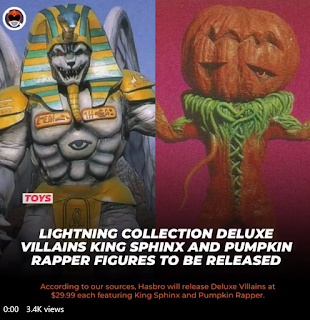 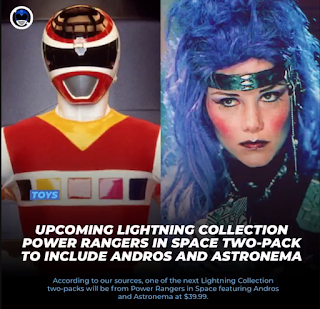 Two-Pack of Andros and Astronema, also retailed at $29.99. I hope the sculpt for Astronema is better than her model design for Legacy War game and the Rita sculpt. The Rita was great and hope for more. 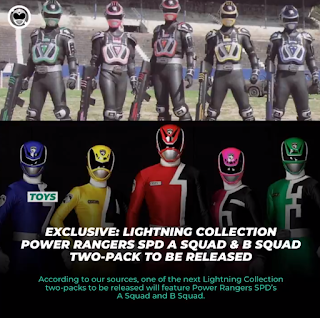 Two-Pack of SPD A-Squad and B-Squad, when I first read this I thought it would be all 1o rangers but then I saw two-pack. No Pink Spandex thinks it will be just one color. I am hoping for Red. In the Power Rangers SPD canon, there were three red rangers for B-Squad. The first was Jack, then Sky at the end of SPD series and Bridge in Once A Ranger special. Since a Jack figure is already released, I assume it might be Sky. As for A-Squad, the most well known A-Squad Ranger is Red and Charlie, the first female Red Ranger. She is the first evil one and since Lauren, she is not counted as a female Red Ranger proper by fans but rather a secondary female Red Ranger. As fans know, A-Squad are not Japanese in origin but American made. The helmets are based on In Space. 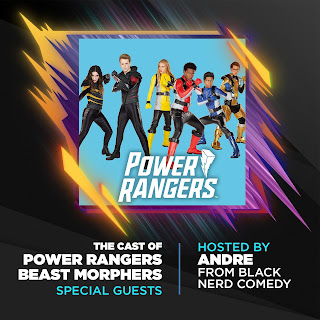 Power Rangers Twitter says the cast of Beast Morphers is reuniting at PulseCon on September 26th for PulseCon. Tune in for behind the scenes stories, a live Q&A, never before seen footage, and a historic announcement. Comic Book Now believes the historic announcement has to do with the Dino Fury cast.

Posted by Lavender Ranger at 5:33 PM No comments: