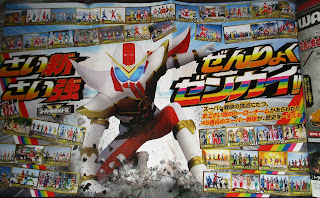 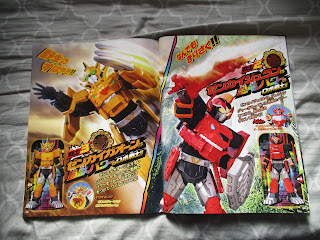 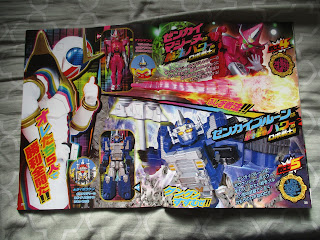 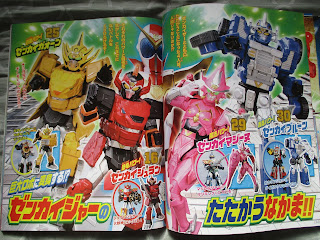 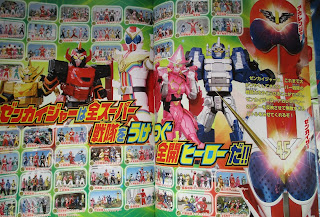 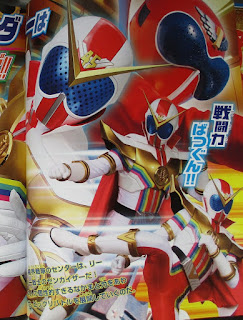 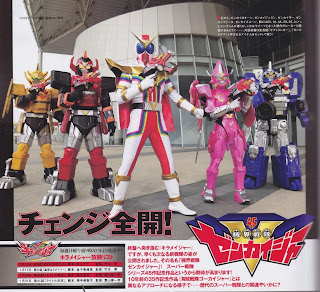 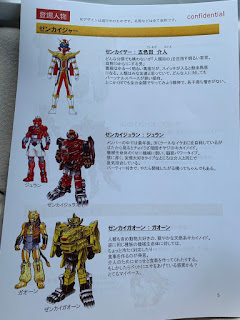 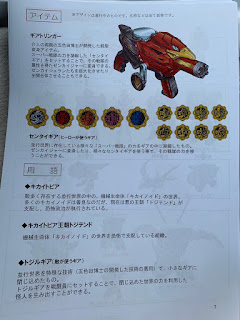 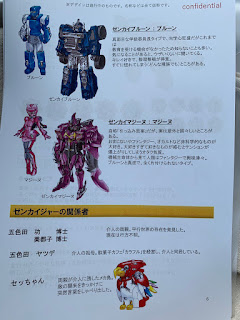 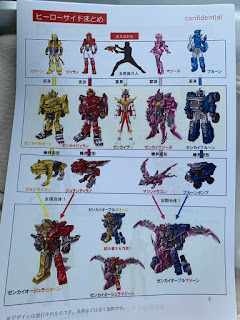 Their mech forms can become animals or vehicles and can merge together. ZyuranGaon is made of ZyuranTyranno and GaonLion. ZenkaiOh VroonMagin is made of MaginDragon and VroonDump. ◆
Posted by Lavender Ranger at 1:38 AM No comments: