I will post the previous episode review later.
"Moment of Truth" 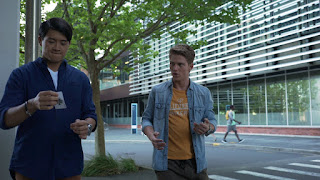 Episode Summary:
Monty and Victor are up to their usual funny business outside. Hayley gives Calvin his anniversary gift when he realizes he forgot and promises a dinner. A monster attacks and people run away. The Rangers about to morph when the monster puts a purple bolt on Hayley's star so she cant transform. The monster leaves, saying his bolt blaster needs to be recharged. He returns to Galaxy Warriors and boasts. Madame Odius is mad, she wants the others. Mick tries taking it off with no avail. Sarah reminds her of Calvin's awesome gift which does not exist. Preston and Calvin talk alone, Calvin admits he forgot the anniversary. Preston tells him to tell her the truth. He wants his help to get a gift. Calvin and Preston leave with the excuse, but the others want to go to so the brothers come as well. 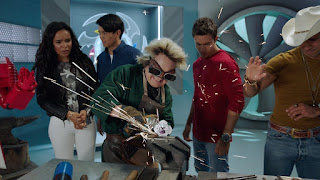 Preston almost says car but they say carpet. They keep lying, apparently the bolt blaster charges with lies and the monster senses this. The four boys morph and Sarah is called. Sarah calls her cycle. The monster keeps blasting and he adds bolts to the gold and blue Power Stars. Preston and Levi de-morph. Mick tries to fix it and Levi mentions the monster saying they lied. Hayley says all of them are honest. Calvin confesses. Calvin didnt want to see Hayley sad. Hayley says she knows Calvin is forgetful and that no present matters. Hayley forgives him. The bolts melt off the Power Stars. The Rangers run off. Victor steps on cement. The monster follows them. Victor on wet paint. Monty lies and the monster powers up. 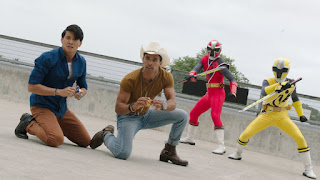 The Rangers morph and fight. Red powers up. Yellow saves Red. The monster is destroyed and grows big. Redbot throws the stars. Lion Fire Zord and the other zords are called. The Rangers have no master modes but have new stars for some reason. They form the Ultrazord. They use Super Ninja Steel Mode. Ninja Super Steel Star Blaster is called. Yellow uses it. Later at the school, Calvin orders a pizza for Hayley. It is their tradition now. Calvin says he made her something because he felt bad he had no gift. He made her calendar with pictures of them. He circled their anniversary date (September) so he wouldn't forget. Victor bumps into Calvin and he tells him the truth. He is mad at Monty. He takes off the glasses to show a massive sunburn. 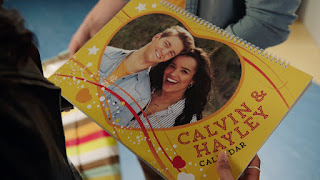 Review:
I liked the tie of the lying to the monster and Calvin telling the truth but it has the usual powers coming out of nowhere.