Star Wars
The Popular franchise started with George Lucas' 1977 film, inspired by Saturday sci-fi films like Flash Gordon and westerns has inspired a lot of science fiction ever since. Star Wars has arguably influenced a lot of factors of the Power Rangers, maybe some unintentional. Most of this post may be obvious to the more seasoned fans but newer fans may not be aware of this or may not have made the connection as of yet. 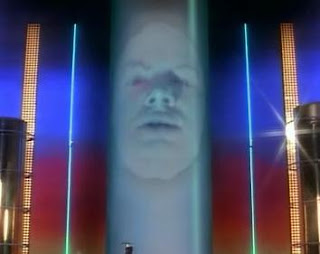 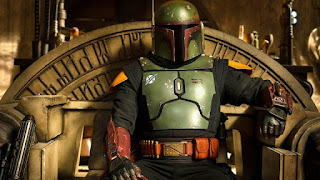 Bounty Hunters
The ideas of Bounty Hunters originated with western movies, the idea of cowboys, and the Dunn Brothers. The Empire Strikes Back saw the debut of Boba Fett, a bounty hunter. In Power Rangers Zeo (1996), the Varox Bounty Hunters went after the Gold Ranger from Triforia. Also, in Power Rangers Dino Charge (2015) the main villain Sledge was a bounty hunter. Even though Sledge is much bigger and bulkier, his armor is slightly similar to Boba Fett, it is unknown if this was intentional. 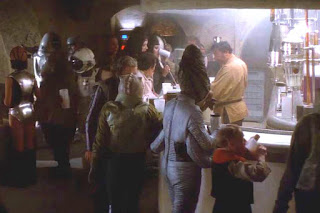 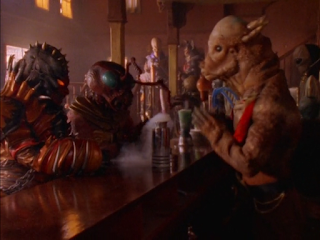 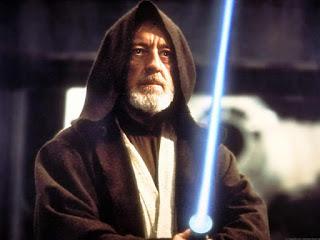 Jedi
Obi-Wan was the first Jedi with the cloak and overall uniform later seen replicated by the Jedi in the prequel movies. When Power Rangers in Space aired, it was 1998. The Prequel movie The Phantom Menance started in 1999. Andros had a cloak to hide in that resembles some of Jedi's uniforms. It was probably inspired by Obi Wan from the 1977 movie. 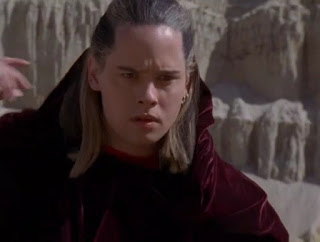 Andros' cloak was first seen in 1998. The Phantom Menance (1999) introduces other Jedis with similar costumes. The above picture is Andros in Forever Red (2002), where he wears the cloak again. This is probably not directly inspired by it but a rethread from 1998 "In Space" season. As I said before, the Andros cloak was probably inspired by the 1977 movie. 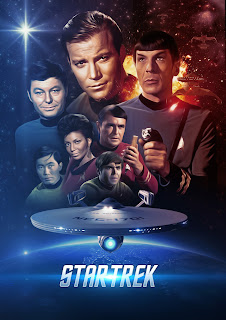 Star Trek
The 1966 Television series started the long-spanning franchise. Star Trek, for those who do not know, tells the story of an organization of space travelers. Various elements like costumes, dialogue, jargon, and sets of Power Rangers In Space, Power Rangers Lost Galaxy, and Power Rangers SPD are inspired by Star Trek.

Crew Uniforms
The Astro Megaship crew uniforms have some close resemblance to some Star Trek uniforms.

Cyborg Astronema
When Astronema was brainwashed and a cyborg, could be inspired by the Borg or Seven of Nine. 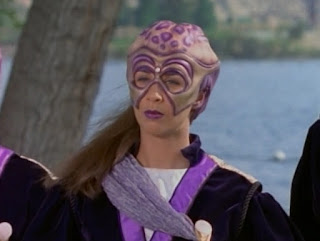 Aliens
The Aquitar Rangers from Mighty Morphin Alien Rangers were clearly inspired by some of the aliens from Star Trek, with the head ridges and whatnot. Not exactly from one specific alien race but broad strokes.

There are much more factors taken from Star Wars, Strek Trek, and other Science Fiction franchises but I don't have the wavelength to figure it out. If you noticed anything else different or unique that was inspired by these other franchises, let me know. SPD did have animal aliens which were inspired at first by Dekaranger. Dekaranger probably got inspired by American Science Fiction movies. I also must not that all these things I have mentioned from Power Rangers have been from the American elements and not Super Sentai. Super Sentai is of course from Japan and there are elements from Star Wars and Star Trek but not as obvious or similar to mention. Bioman had lightsabers and Kyuranger had Star Trek influences but those Super Sentai series were not adapted into Power Rangers.
Posted by Lavender Ranger at 10:19 AM No comments: