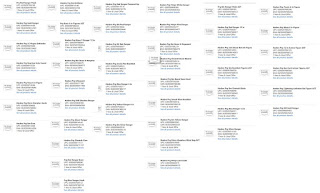 Power Ranger Talk found these listings on Amazon a week ago. 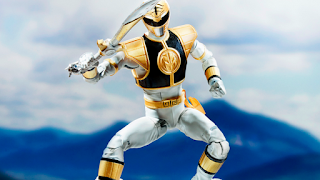 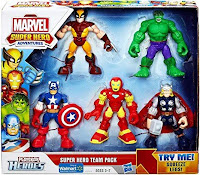 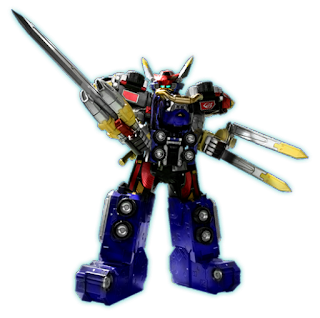 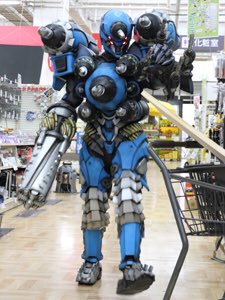 Speculations:
I don't know the Blaze Ranger has 'v.' People are curious how the Evok figure will look like. I like the Beastbots are getting various figures and also Roxy, confirming that is the name of the villainess. It looks like they are continuing the monsters like Bandai was doing. Also interesting they are releasing Gold and Silver in the first wave, probably because the toys will be released in April, when the series on hiatus. 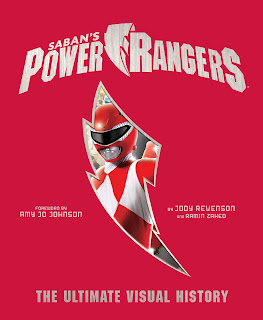 I know this is a few weeks late but I was busy with work and Rangerstop, here is my review. Written by Jody Revenson and Ramin Zahed, for Insight Editions which have done "Ultimate Visual Historys" for Ninja Turtles and Back to the Future and Revenson has done Harry Potter volumes. It has a touching foreword by Amy Jo Johnson. It is a behind the scenes book from the inception of Power Rangers (Saban in a hotel room) to the series humble beginnings to the juggernaut it became to getting a bit more mature (In Space to Time Force) to being acquired by Disney (Ninja Storm to RPM) to Saban Brands (Samurai to Super Ninja Steel) to now (Beast Morphers). Even a diehard fan such as myself didn't know Saban sang all Sentai songs from Goranger to Jetman, Alpha 5 being based on 50's robot toys and named after an obscure French film Alpha 60 and the literal taping of random hardware to become a new invention for Billy. 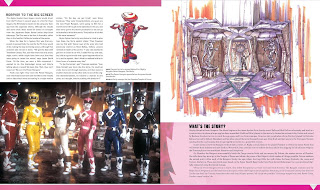 The book is thorough in explaining the plot of each season, the characters, villains, zords and the producers and writers. It shows stunning visuals, some we already know and some never before seen such as concept drawings for various things from command center, juice bar, Ninjetti table, Wild Force Animarium and Samurai wardrobe. It is inconsistent in its content of pictures, say, compared to the Super Sentai encyclopedia books as the content is not consistent (for example, Megaforce villains get a two pages but Super Megaforce villains do not). I am not being nitpicky but it gets a little glaring for someone that has ADHD or OCD which I believe (going to conventions) which is probably half of the fandom. (not a criticism but an observation) 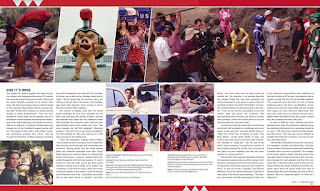 The book is guilty of indulging a lot in the earlier seasons and movies than the later seasons but probably for the reader, who probably is guessed to be over twenty years old and probably not as intrigued to have 14 pages on Megaforce. The 2017 movie gets 14 pages. Each Saban Brands season gets 12 pages except Dino Charge gets 10. Disney seasons gets 8 pages except SPD and Operation Overdrive that get 6 each. Each Saban Entertainment season gets from 6 pages to 10. Migthy Motphin, because its 3 seasons and the movie, it gets 58. Zeo and Turbo series gets 6 pages each, Turbo movie, Lost Galaxy, and Wild Force gets 10, Space gets 12 and Lightspeed and Time Force gets 8. It probably had to do with what they had to explain and the amounts of photos. 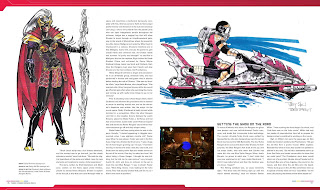 I found intriguing reasoning of the writers such as a lower episode count in Mystic Force made producers and writers happy they could use less of the sentai footage and focus on their own. With MMPR season 1, they had to use ALL the footage. Then in other seasons that had so little budget they had no choice but to use mostly footage. Supposedly the less original footage they had to make the more high quality they could had done with it. But unfortunately with Megaforce, it looks like who is in charge is what dictates what 'high quality' is. In the case of RPM, the book claims Disney says it was just the scheduling why they fired Eddie Guzelian but Ari Boyland at Rangerstop 2016 claims it was because Guzelian didn't use all the monster suits they were ordered. 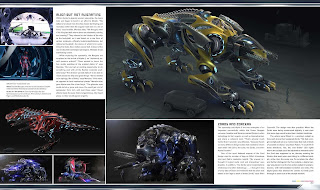 The book doesn't make the usual mistakes other Saban Brands publications do with misnaming things and only trusting fan information. They do quote and site a lot of fan websites (even mine) but mostly with interviews with actors. They used two of my interviews, one with Davi Santos and another with Ryan Carter. Unfortunately I did see one mistake. They have little pamphlets inside and one covered toys and one claimed you had to scan Power Cards" that came with the Ranger Keys which is incorrect. The cards came in the first season of Power Rangers Megaforce and the keys in Super Megaforce. All in all, a great book but if you can't cough up $50, its understandable. With most books it can just collect dust. But for me, this is a book I'll be revisiting.

Posted by Lavender Ranger at 6:57 PM No comments: