In 2010, Saban Brands has bought back Power Rangers and it is airing on Nickelodeon and more people are watching. I have been receiving a lot of e-mails from lots of parents out there and decided to make this list of F.A.Q. for them and others who might have questions. These answers are subject to change. 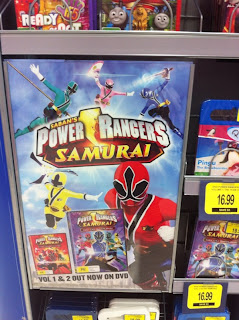 Where do I get Power Rangers Samurai on DVD in the US?
As of August 2012, Power Rangers Samurai and Super Samurai DVDs have been released in the USA thanks to Lionsgate. In other countries, they are coming to be available too. Super Samurai Blu-Ray Complete Series and Regular full Season one of Samurai is out. Also Clash of the Red Rangers, Monster Bash and the first Christmas special. As of July 2014, Megaforce Season One complete series has not come out yet. Lionsgate is in charge of Samurai, Super Samurai, Megaforce and Super Megaforce DVDs. 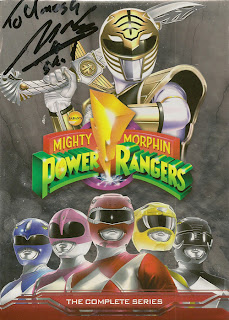 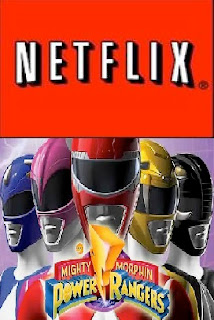 Which seasons of Power Rangers are available on Netflix?
All of them, from Mighty Morphin to Samurai; 720 episodes and two movies. Also other Saban series such as Big Bad Beetleborgs, VR Troopers and Ninja Turtles: Next Mutation. Hulu Plus also has Samurai, Super Samurai, Lost Galaxy, Megaforce and Super Megaforce. 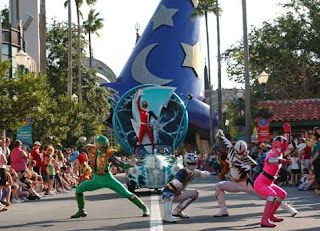 Can my child meet the Power Rangers at Disney World or any other theme park?
As of August 2012, no. Power Rangers were at Disney World's Hollywood Studios from 2005 to 2010, but no longer. Nick Hotel in Orlando, Florida has had events with suited Rangers. In February and October 2014, there will be two weekends of Super Megaforce events. 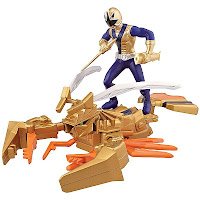 Where do I buy Power Rangers Super Samurai or Megaforce toys?
Wal-Mart, Toys R Us, Target, K-Mart, Walgreens (just action figures), Ross, Marshalls and other stores like that. Online you can find them on Toywiz.com and Amazon.com. 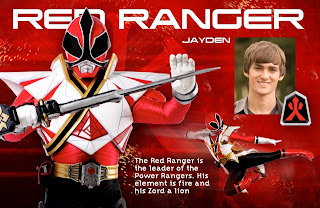 When do new episodes air?
In the US, new Super Megaforce episodes will air from the end of August 2014. 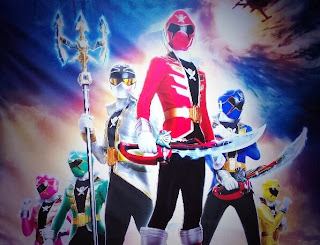 What is 'Power Rangers Super Megaforce?
It is the second season to Megaforce with same cast, same setting, new plot, new zords and new villains. 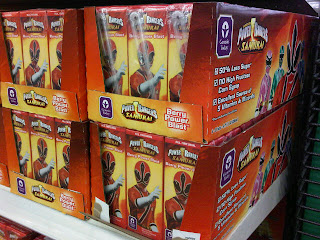 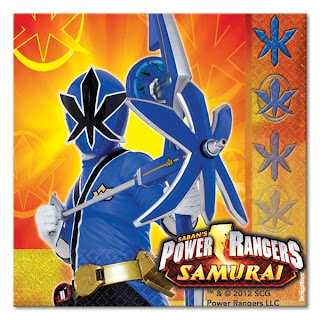 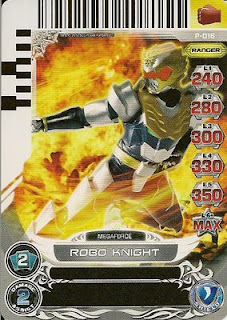 What is the Power Rangers Action Card Game?
http://www.bandai.com/powerrangers/cards/en/
Bandai (the toy company for Power Rangers) has released this trading card game. To learn to play it, check the website. It has 3 cool gimmicks. One is the game itself. Second is you can download a free Card Scanner Ap for your IOS phone, Android phone, iPhone or iPod and scan the cards by the barcodes to activate a short video. Third is you can purchase the Deluxe Gosei Morpher and enter a card inside and it will say a phrase or sound. It has now ended as of 2014. 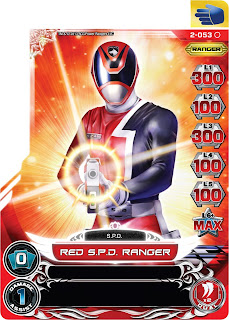 Where can I purchase the Power Rangers Action Card Game?
Wal-Mart, K-Mart, Target, Toys R Us and soon in other stores. Wal-Mart has booster packs for $3.98 and Toys R Us has them for $4.99. Starter Packs are $8 in Walmart and $10 at Toys R Us. You can also get cards from the Power Rangers Megaforce toys and Battle Ready Mini Figures. The ones that come with the toys are called Toy Promo Cards and start with a 'P.' Series 1 "Rise of the Heroes" has a '1' before the card number and Series 2 "Guardians of Justice" has a '2.' Each Starter Pack comes with 20 fixed cards (same cards each pack) and Booster Packs come with 10 random cards (One foil). The Fourth Series "Heroes United" was rarely in stores and mostly only available through distribution sites.  The card line has now been cancelled as of 2014. 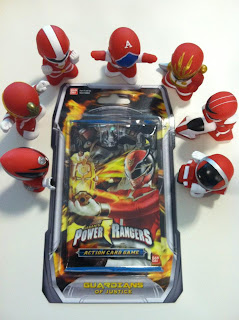 
SUPERSENTAI.COM FAQ
Here are some questions I always get and I put it on my SuperSentai.com website, the link is not available right now but it will. The majority of the questions have to do with all the websites (Super Sentai Time Capsule, Power Rangers Central, Toku Central, Rider Legacy and this blog Henshin Grid.) Some questions at the end pertain to the shows themselves.

Q. Where do you get your pictures from?
A. For a lot of the recent series, pictures are from the official Japanese sites and our own scans. All of the older series are our scans. There are yearly books of a whole series. They used to come out as soon as the series ended, but beginning with Shinkenger, they are now sold with a DVD for an enormous amount of money. They come out at different times. Gokaiger was the most expensive book.

Q. Who owns SuperSentai.com and RangerCentral.com? And who does what?
A. Lavender Ranger and DekaMaster (Mike). I write most of the descriptions, not all of them. I edit some of the pictures, mostly the ones for the Ranger Central toy section. Mike scans and edits the pictures for all the sites. He is currently in charge of all images, even though I had done edits of Japanese website images in the past. Mike edits the code. I take care of the menus.

Q. Why is there a Database image missing?
A. We don't have one yet. And no, we are not accepting any donations of images right now.

Q. What relation does this have with RangerCentral?
A. After working with SuperSentai.com, Michael got the rights for RangerCentral from Ray and now is updating it with a new crew. Currently, it is just me and Mike. I write, he fixes the code and adds the pictures.

Q. Why in the SuperSentai.com Database are episodes mentioned?
A. We say which episode items appears in because its harder to track down what episode it first appeared on since not all titles are translated and its hard to see all the sentai episodes.

Q. Isn’t [Basco] spelled [Vasco]?
A. This goes for any character, item or terminology name, like Evorian/Evolian (the Abaranger villains) or Rouki/Loki from Gaoranger (Zenaku from Wild Force). It must be understood that Japanese spell things differently. Sometimes, names we have been to sound more like English, this is called Romanization. Lots of names Japanese give to their characters are puns that are only understood in Japanese. Sometimes the names it is how they say it.

Q. What does Henshin mean?
A. ‘Henshin’ is a Japanese word that roughly means to change or to transform. When Tokusatsu (Re: Tokusatsu) heroes change into their super form, they henshin. Sometimes the word henshin is included in the 'morphing call’. The term for this in the Power Ranger world is Morph. The Super Sentai heroes’ morphers are referred to as henshin devices but it is not the official name like the morphers.

Q. Have Super Sentai always used spandex?
A. Not always. In the beginning from 1975 to 1983, they used cloth and assorted materials. It was in 1984 with Bioman when they started using spandex.

Q. When is the new Sentai for next year usually revealed?
A. It depends. Usually in the winter. From Hurricanger to Magiranger, it started around November but the 2006 series Boukenger was revealed in late December. It starts out as a rumor. Lots of times the name changes. There are prototypes shown first but never anything major until a toy sheet or book scan is shown to confirm it. Sometimes people still don’t believe it. This year--2009, because Kamen Rider Decade is ending early and Kamen Rider W is starting, rumors for the 2010 Super Sentai began in early June. Nowadays we get rumblings in the summer but the name gets copyrighted in September and then we see first images in December.

When will the wave 7 ranger keys be back in stock on the TOYSRUS WEB SITE?

KN, I'd try ebay or discount Halloween stores. It is hard but some cities have costume shops with old costumes. Like Orlando has one that had old PR costumes but they were super expensive. But on Miami Beach, there were reasonably priced ones. But it depends. Sometimes there is just as old as SPD or RPM. Other times they got older costumes.