The Road from Skull Man to Kamen Rider 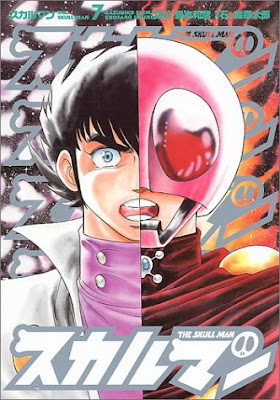 Skull Man was a manga series created by Shotaro Ishinomori, first appeared in Shōnen Magazine in 1970. The hero was orphaned when his parents were murdered, growing up to use his special powers to take his revenge. The original Skull Man was one of manga's first anti-heroes, someone who would sacrifice the lives of innocents in his quest for vengeance. While the TV series Kamen Rider was still in development, Ishinomori, who created it with producer Toru Hirayama, made this Manga as his own personal version, which the producers at Toei Company Ltd. used as the basis for the show. Several changes in content were made, as this 100-page one-shot story was too gloomy, grisly and analytical for a children's show. In the late 90s, before Ishinomori's death, the ill cartoonist contacted mangaka Kazuhiko Shimamoto to do a remake (ambiguously a continuation) of his original one-shot manga. The final issue was a tribute to Ishinomori and it was presented in the US by TOKYOPOP. The original 1970 version has yet to be released in America. An Anime adaptation, produced by Bones and directed by Takeshi Mori, finished airing on Fuji TV in 2007. 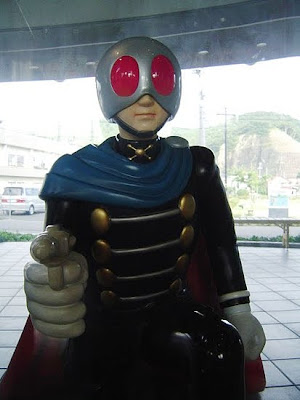 The Original 1970 Story: There are mass murders and catastrophes all over Japan, committed by a psychic madman called the Skull Man, and his shape-shifting aide Garo (named after the manga ninja Garo created by Sanpei Shirato), who can turn into various powerful mutant monsters. The calamities caused by the Skull Man are investigated by the Tachiki Detective Agency, with the help of Tatsuo, the son of a yakuza in the Kagura Clan. Later in the story, Tachiki suspects Tatsuo to be the Skull Man, who, in turn, suspects the detective to be part of a public conspiracy that has been after him for 15 years. It turns out that he was adopted by the Kagura Clan, and his real parents were murdered, and for those 15 years, Tatsuo was hunting for the mastermind, who manipulates all industry, finance and politics. Tatsuo, the Skull Man, threateningly demands Tachiki the mastermind's name. Tachiki tells him it is Chisato and he's shot in the head by the Skull Man. The duo race to the estate of a reclusive Kogetsu Chisato, who lives with Maya, who is mute and blind. With psychotic rage, Skull Man threatens to kill Chisato, who not only kindly welcomes him, but has been looking forward to his arrival. 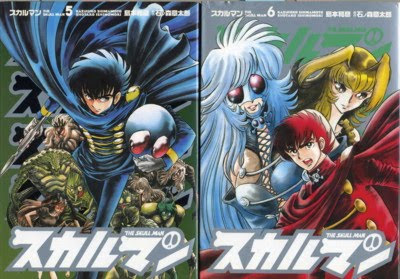 But Maya telepathically persuades him not to kill Chisato, and she reveals a shocking secret: Chisato is Skull Man's grandfather and Maya his younger sister. Chisato tells his shocked grandson the whole story: his own son, Tatsuo's father, was a scientific genius beyond geniuses. In fact, he was so intelligent and unearthly that he was a mutant, a being of Newmanity (similar to that in Ishinomori's later creation, Inazuman). His wife, Tatsuo's mom was a mutant also, conducted bizarre experiments that could be capable of destroying humanity. Chisato feared this greatly, so when Maya was born, he killed his own son and daughter-in-law, and also sought to kill his grandson Tatsuo, who was rescued and raised by Garo. He couldn't bring himself to kill Maya, however, and raised her to be his faithful servant. Maya then told Skull Man that Chisato wanted to bring him back before he could do anything. Chisato then traps himself with Skull Man, Garo and Maya in glass walls, proceeding to set himself and all the others ablaze, sadly stating that "We were born in the wrong era!". 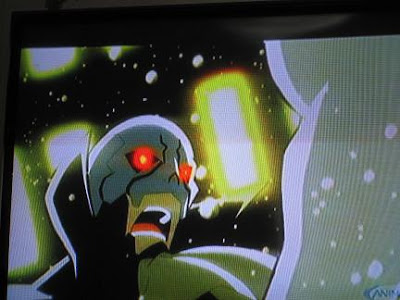 Studio BONES has adapted Skull Man into a TV anime for Fuji TV in April 2007. The series is directed by Takeshi Mori and written by Yutaka IzubuchUnlike previous stories of Skull Man past, the story closely focuses on a journalist named Hayato Mikogami who returns to his hometown at Otomo to investigate strange rumors of killings done by a man wearing a skull mask. Tailed tightly by a young photographer, Kiriko Mamiya, the two soon uncover the many strings of connections between the victims, a local pharmaceutical company, a mysterious new religious sect and strange half human, half animal creatures, which roam the night streets for blood. 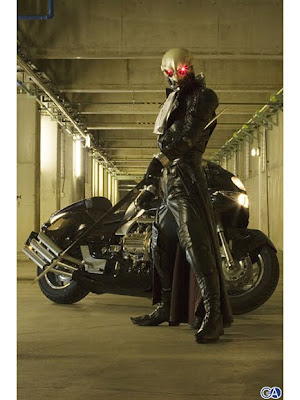 i. A live action "Episode Zero" was shown on April 21, titled "Skullman: Prologue of Darkness," starring Ami Suzuki and Kamen Rider Hibiki and Death Note's Shigeki Hosokawa. It was also set up to be a pseudo prequel of Cyborg 009.

Posted by Lavender Ranger at 2:02 PM

Reminds me of my alter ego, who is a Kamen Rider with a design based on Neo from The Matrix.