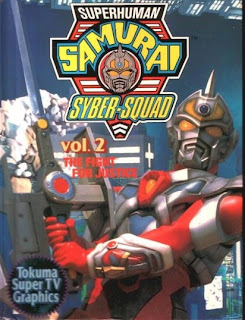 Some fans might even think that Superhuman Samurai Syber-Squad was from Saban but it was actually DiC and the source footage was from Gridman, which was made by Tsuburaya Productions and not Toei Productions. Most shows from DiC are now owned by Cookie Jar. And Mill Creek Entertainment (the distributor of Cookie Jar) will release it EARLY 2013.  The above picture is from a book. Anyway, the releases from Cookie Jar and relatively cheap and can be found in the $5 bin.