Here is my best attempt at the collection of the dolls. The North American dolls were first made by Bandai in 1995. After that, Irwin (Canadian company) got the rights. They continued with the same face mold until 2000 when in the USA they released dolls in yellow packaging. Info and Pictures from http://shoujodolls.com/index.php/en/blogs/129-story-sailor-moon-dolls-guide-in-q-a and http://moondusted.blogspot.com/2011/03/merchandise-2.html 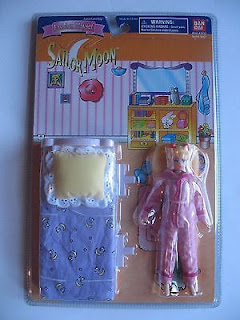 Serena's Bedroom
First made by Bandai and then by Irwin.
Company: Bandai/Irwin
Country: USA/Canada 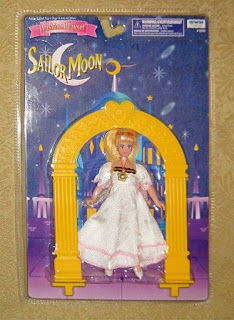 17" Adventure Dolls (1996)
The Sailor Moon doll had variant wearing blue on her gloves instead of red and her collar trimming was plain instead of having gold. Both versions were sold simultaneously.
Company: Irwin
Country: USA/Canada 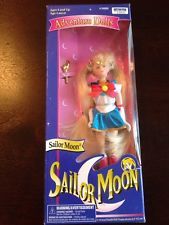 11.5" Sailor Moon (1996)
The only 6" Adventure Doll by Irwin that wasn't a straight re-release of a Bandai America doll. She has gold trimming on her skirt and a new brooch. An altered version of Bandai's Adventure Doll with gold-trimmed skirt.
Company: Irwin
Country: USA/Canada 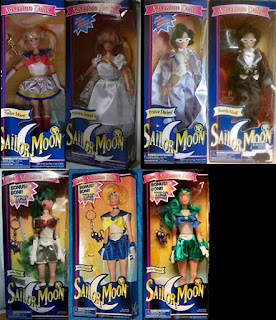 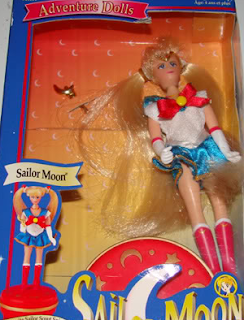 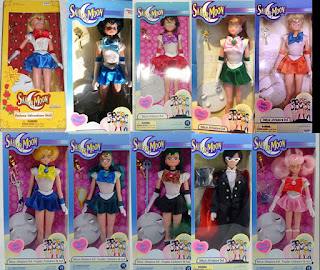 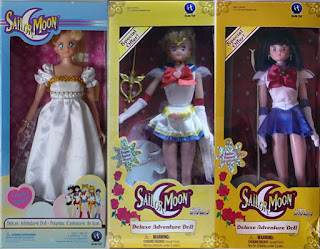 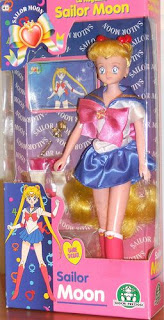 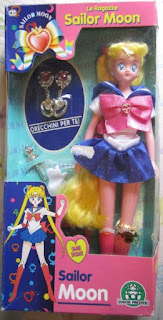 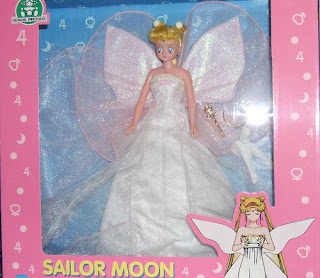 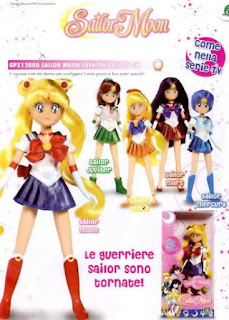 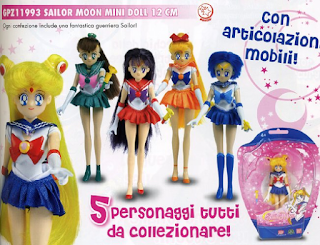 Even though some collectors confuse them with Japanese dolls, they’re different. Japanese Sailor Team dolls have hollow bodies with limited posing options. Bandai Asia, Hong Kong and Europe use a solid body  with twist-and –turn waist and wired legs. Hair is smoother – and inaccurate: Venus has a ponytail, Neptune has straight hair and Mars’s hair is brown. The Sailor Moon dolls were made by Bandai Japan or by a subsidiary. The Bandai Asia and Bandai Europe dolls were the same but the boxes were different. This was around 1994-1997. 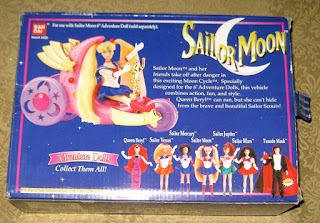 Tuxedo Mask was the back of the Moon Cycle toy box from Bandai America. He was not released by Bandai America but by Irwin, unknown if same doll mold or clothes. 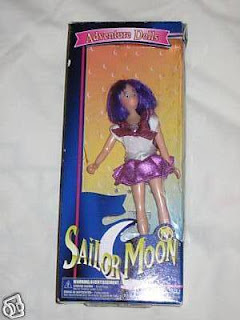 A prototype of Sailor Saturn 5" doll from Irwin never mass produced but this prototype was sold on eBay. 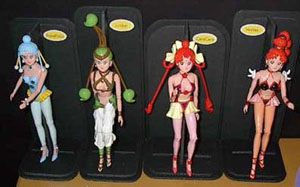 Posted by Lavender Ranger at 8:33 PM

Nice post. I've actually got most of the Deluxe Adventure Sailor Moon dolls (minus Uranus, Pluto, Saturn, and Super Sailor Moon)! They're all great, but some of them are missing parts of their uniforms.