My Theories for the 2009 Power Rangers toy line 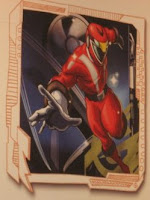 Many people are calling it Power Rangers R.P.M., but we still don't know if that is the official name for the 2009 series. Here are my theories of how the toy line will play out, people might say you don't need theories because it will be a horde of different boy-oriented toys, repaints, new smaller molds of the zords with little paint and addition of new stranger zords that won't be on the show.

Since this show is much different when it comes to its zords, with talking animal/vehicle hybrids, I think the American-made 'Transforming' zord line will be much like the first one for Operation Overdrive, nothing to do with the series designs.

Some of the 'zords' have been coming in individual packages like before, but atleast 3 each make a megazord so that will make for cheaper packages, maybe $20 or $30 for each three-pack megazord. And like the surprise one for Jungle Fury that contains 9 zords, we might get that too, but maybe new smaller molds. 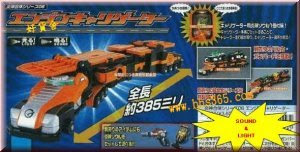 As for the action figures, many are jesting we will get a redux of the Spirit Rangers with Engine 6 Carrigator and Engine 9 Jumbow-hale. I doubt it because there will be 7 Rangers, but 9 wouldn't be that bad, since now we have 8 Jungle Fury Rangers and Dai Shi was included in one part of the 'Morphin' line like Koragg was in Mystic Force. I think the first batch will be the five rangers and a henchman. The second might be Gold, Silver and some kind of special addition to main five (since they don't have upgrades like SPD, Mystic Force, Overdrive or Jungle). As for the villains, dunno if any of them will be toys, maybe the gold leader. 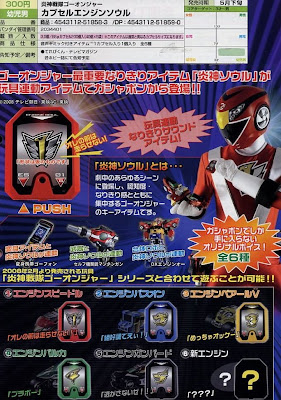 There is a awful lots of weapons, 'morphers' and 'soul chips,' for sure we won't get all the soul chips because we never get everything and maybe one weapon will get skipped but mostly likely we will be getting a lower form of the morphers. The Go-Onger soul chips actually talk and have different phrases, doubt we will get that. 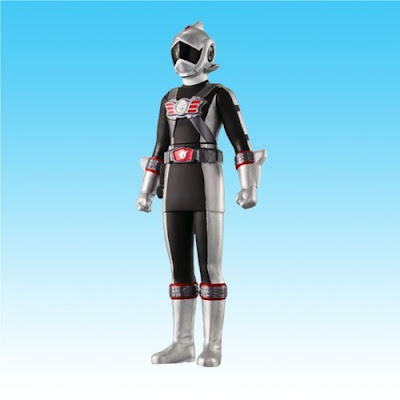 For some reason, I don't think we will be getting two Yellow Rangers. I don't why I think this. But we have gotten two before with no upgrade, like in Dino Thunder. Mostly likely we will be only getting one Silver Ranger, since she is female but definitely lots of Red, Blue, Black, Green and when he appears, Gold in different armor and such. I am even thinking we might get no Silver, because we got no White in Mystic Force because stores believed it wouldn't sell. But we did get the first female villain in a long time.. Camille, but she was sold limited and I no longer see her in stores. So most likely Silver will be sold the same way. Definitely we won't get a Silver Ranger Halloween costume.

Posted by Lavender Ranger at 2:09 PM